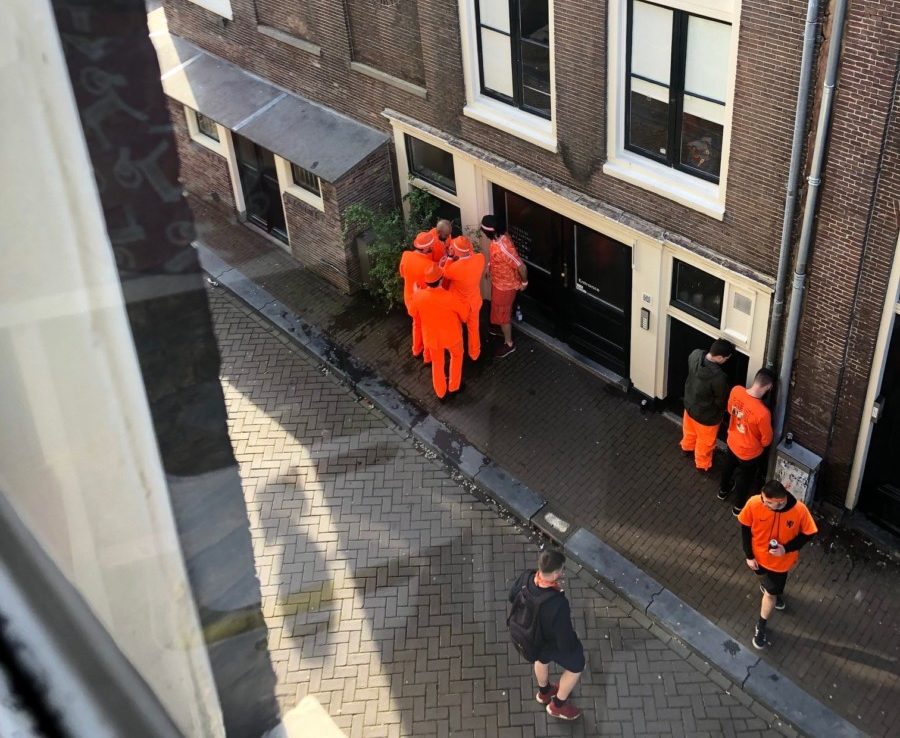 You know when you drink so much beer during Koningsdag but there are no bathrooms around? It’s the worst (especially if you can’t use a urinal). But make sure not to pee in public. This King’s Day, due to a lack of supply of public restrooms (particularly for women) several were caught on camera urinating in public.

That’s not all – Jordaan residents threw buckets of cold water at people urinating on their homes and cars. Understandably very pissed off by all the pissing people in their streets (see what I did there). It must be terrible to live near the festivities on a day as that, besides the smell it’s also the buildings construction that’s suffering in the long term.

The capital’s municipality set up 107 public restrooms for King’s Day this year, with only 7 for women, according to AT5. In comparison to last year, the municipality only added 2 more bathrooms. Several women were captured on camera publically urinating – what a surprise.

Public urinating is illegal in the Netherlands in urban areas. Urinating in a canal, for example, could lead to a fine of €140. Last year, Amsterdam particularly got stricter on public urination to tackle “anti-social behavior”, mainly from British and Dutch men aged 18-34, according to The Guardian. However, men have access to 35 public urinals just in central Amsterdam, whereas women only have 4 public restrooms, reports Het Parool. Back in 2017, Dutch women protested against the lack of female restrooms and after a judge fined a woman for public urination saying she could have used the male urinals. Several suggest this is a form of gender discrimination.

How can we expect women to not pee in public if they don’t have access to restrooms? The municipality should be paying the costs, rather than fining women for being human. People will continue to urinate in public until they have access to enough facilities, on King’s Day and every day. Maybe the residents throwing buckets of water at people have the right to do so. But they should consider who is really at fault.