Significantly, the number of patients transferred to the ICU has now been halved. Equally significant, the average hospital stay has been reduced by one third. Patients in the ICU in March and April were admitted for an average of 22 days. In May and June, this had been reduced to 16.

The results are in line with a report from the Dutch Association for Intensive Care (NVIC) who also previously reported stays in intensive care units have been reduced.

Still ill, but not as serious

The research comes as coronavirus infections mount, forcing the Dutch government to implement new measures as of yesterday evening.

NIV director Samara de Jong-Jaber told NU.nl that part of the improvement is more knowledge about treatment methods. “In the beginning everyone was searching,” she says. She emphasises that patients can still become seriously ill.

However, De Jong-Jaber says that the data does match the general feeling in hospitals. “We have been seeing for some time that there is a difference between the first and second wave,” she says. “This is a first official observation, which offers room for further research.”

But hospitals aren’t out of the woods yet. The NIV says that despite less patients heading to the ICU, regular wards are filling up faster. The Dutch health system remains under pressure. 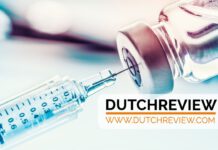