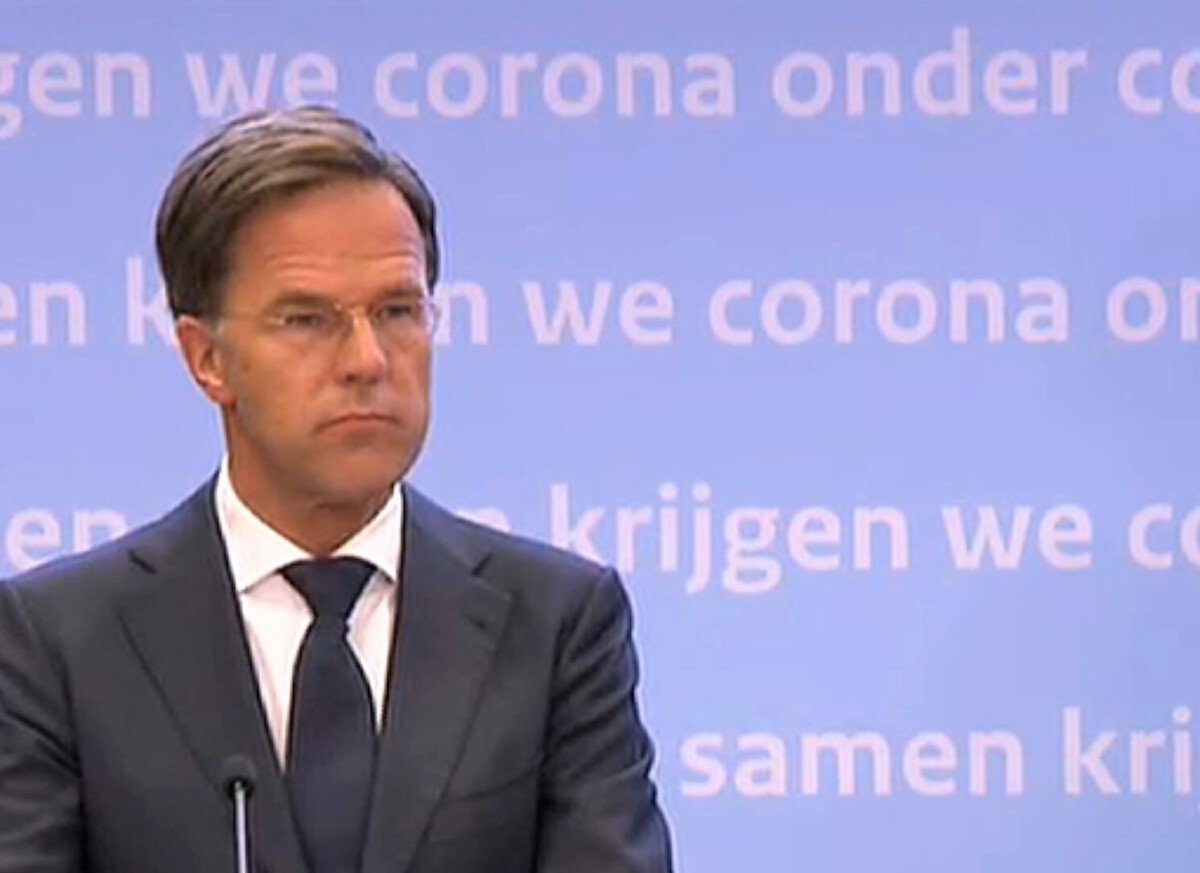 Dutch Prime Minister Mark Rutte and Health Minister Huge de Jonge have again fronted the press about coronavirus. They’ve announced new measures, including a cap on the number of visitors in a home.

“It’s not going to make your Friday evening dinner nicer but it has to happen,” said the Prime Minister about the new measures. From now on, you may only have six guests in a room (not including children under the age of 12). You also have to confirm your guests are healthy and make sure everyone can keep 1.5 metres distance.

“It’s not a request, it’s a requirement,” said Rutte. The measures come as De Jonge confirmed that the majority of infections occur at home, parties, work, family gatherings, or with friends. “We know that because of contact tracing.”

Rutte confirmed this. “Everywhere people trust each other enough to cuddle, shake hands, that’s where we see the most infections. It might feel safe, but it is not.”

However, it’s important to note that it’s all ‘urgent advice’ and not a new law. Rather, it falls under the Dutch trend of the government hoping that people will think and act in good faith. NOS analysis said that it is unlikely that police will be breaking up larger parties, except in the case of a noise complaint.

Additionally, Amsterdam is also planning further measures to reduce the spread of infection — however, there’s no word on what these will be yet. But during the press conference, the news broke that the famed department store De Bijenkorf is being closed after an outbreak of coronavirus among its staff.

A stern warning from Rutte

Rutte began the conference reiterating that despite the last conference two weeks ago when they warned people to take the virus seriously, the number of infections and hospitalizations has continued to increase. “It’s not rocket science,” he said. “The virus is spreading.” He warned that if the Netherlands is not careful it could end up back in lockdown — and the Dutch statistics agency (CBS) show further jobs will be lost.

Rutte said that for larger parties, people should go to restaurants or bars where there is more space to adhere to the 1.5-meter distance rule. People will need to register their contact details, have designated places, and not change seats. “No polonaise. It’s not fun but it has to happen.”

Finally, contact tracing efforts have been undermined by people who became infected at large parties. De Jonge said that some people attended events with up to 60 people, which takes contact tracers days to call everyone. “If you are unlucky, one of those people went to a party with another 50 people.”

Now the government is investigating if they can make those who have been in contact with a positive case go into quarantine for 10 days. “We have to get a grip on this virus to stop it from taking its grip on us again,” said De Jonge.

Rutte made a point to mention that too many people are working from the office, and that more are planning to begin working from an office again from September 1 — but that the Netherlands is not ready for this. “Working from home as much as possible is one of the most effective measures,” he said. “Use common sense.”

Students in the north of the Netherlands have already returned to school. Rutte credited the educators and administrators for making a safe work environment. “But it’s up to everyone to keep people safe as well.”

Rutte said that means children must stay home if they have symptoms. Furthermore, if a person at home tests positive there are zero exceptions.

Cases on the rise

Health Minister De Jonge confirmed there are currently around 50,000 people who are infectious. “The virus is everything but finished with us. It has to be decreased,” he said.

“In the spring we learned that the numbers of today can predict a lot of sadness.”

De Jonge also said that healthcare workers are still recovering from the hard work over March, June, and July.

Prime Minister Mark Rutte ended his speech with a clear message: “In March and June we showed that we could curb infections. Now we have to show that we can keep it that way,” he said.