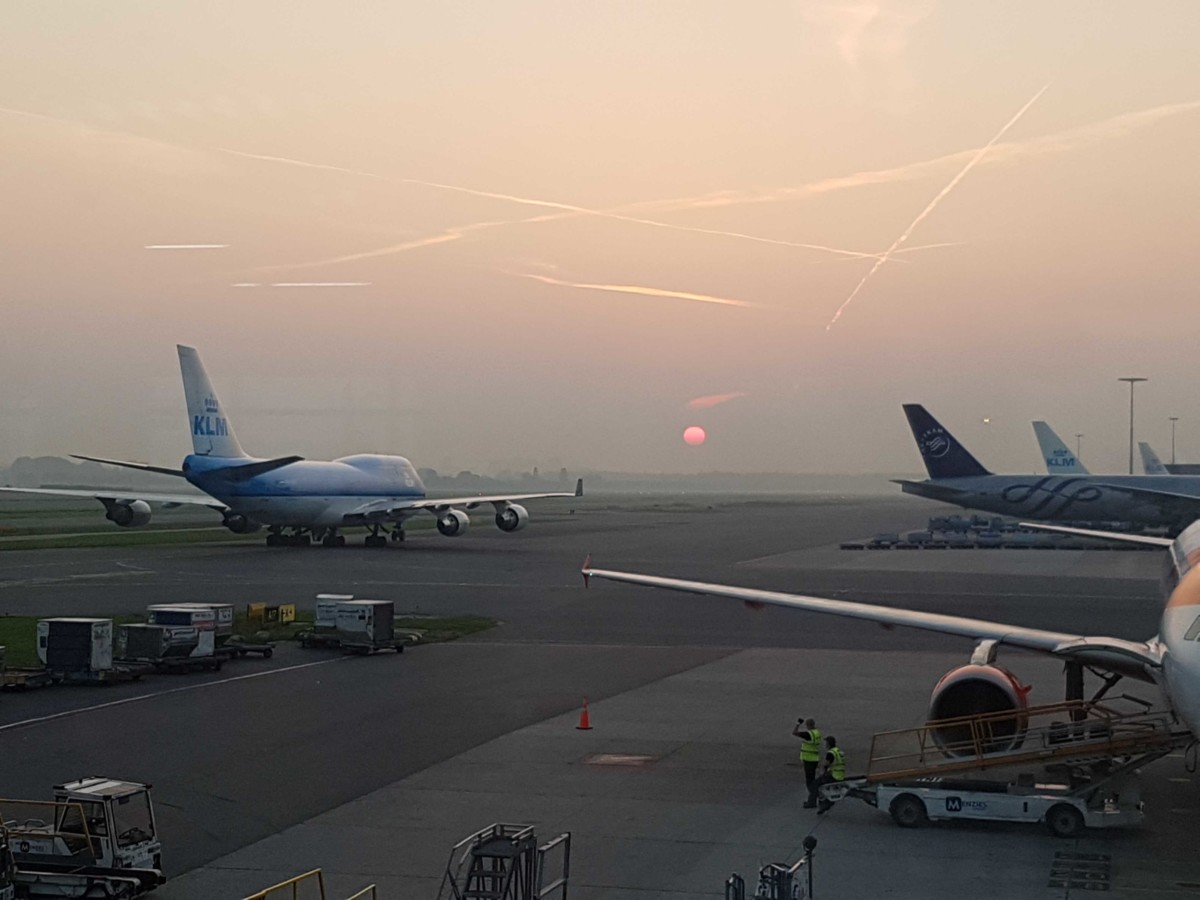 In last night’s press conference, finance minister Hoekstra and infrastructure minister Van Nieuwenhuizen announced that the Dutch state pledges to bailout KLM, the iconic Dutch airliner, for an amount of up to four billion euro.

Exactly how the financial aid will be structured remains to be determined. Minister Hoekstra is thinking of guarantees and loans. “KLM is vital for the Dutch economy and Dutch employment,” he said. The Royal Dutch Aviation Company is hit hard by the corona crisis. Due to travel restrictions, 90% of the fleet is grounded.

There will be conditions for the bailout though. Staff salaries need to be moderated, starting at the very top (just this week KLM messed up twice by announcing, and retracting, intentions to award big bonuses to their managers). Also, no dividends or profits may be given to shareholders, no bonuses will be awarded, and efforts must be made to ensure sustainability and noise-reduction.

“It’s about tax money,” said Minister Hoekstra. “It is reasonable that the strongest shoulders also carry the heaviest loads.” It cannot be ruled out that pilots’ salaries must also go down. The cabinet emphasizes the economic importance of KLM, especially in connection with Schiphol’s as its home port. KLM employs around 35,000 people, but many Dutch companies are also indirectly dependent on the airline company and Schiphol.

“KLM is like a domino at the start of a long line,” said Hoekstra. “If that stone falls, it has consequences for companies in loading and unloading, distribution centres, events and tourism. Companies of all shapes and sizes.”

The French will support Air France

The support of up to 4 billion is specifically intended for KLM and not for the parent company Air France-KLM. The French government has its own support package worth seven billion euros for Air France.

The amount consists of four billion euros in bank loans, which the French state guarantees. In addition, Air France will receive three billion in direct aid. According to French minister Le Maire, the airline is not nationalized.

What could and maybe should have been the first question at the presser yesterday:

Translation: First question from the NOS: “For years we have seen that KLM does not pay tax covering airline tickets and kerosene and what do they get in return? Another batch of government money? How does that add up?”

Is a bailout for KLM justified?

While I can’t deny the economic importance of KLM for the Dutch economy and that I’m happy for their employees. Many are wondering if this is all worth it. KLM already has an advantage when it comes to its tax situation and was in an economically turbulent situation with Air France before the coronavirus crisis started.

The PR-debacle around the possible bonuses for the top-management signalled that there are some persistent flaws in the management of the company.

Bail out season has started in the Netherlands: KLM gets state support €2-4bln in debt. What is the reasoning behind this? Why don't we get equity in return, why not bail in? Where are the laws of capitalism, and if they are suspended, why save KLM's creditors and not SME's?

Furthermore, many customers of KLM are wondering where their refund is as they wait for a refund on cancelled tickets, money they also surely need personally in these times. A heated debate in the DutchReview group is sure to break out.

What do you think of the KLM bailout? How are your feelings about KLM? Let us know in the DutchReview group or in the comments!