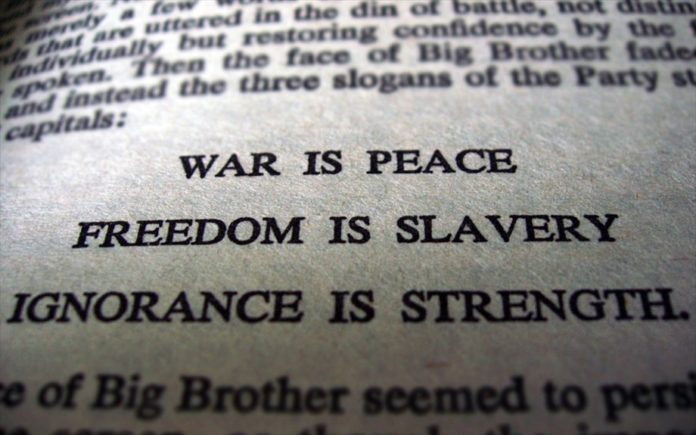 Like any other proper nation, we Dutchies love good humor. Needless to say, we can’t tell you just what ‘good humor’ is, no more than any group of people on this planet can, but suffice to say that when it comes to satire, we’re all over it. Humor has the ability to take the sting out of painful matters. Even when it’s humor about sensitive issues. Especially when it’s humor about sensitive issues.

And what could be more sensitive right now than the issue of privacy in the Information Age? I don’t know, maybe we should ask Edward Snowden (just putting the name ‘Snowden’ on this page probably got us listed on an CIA black-log, but we at DutchReview are willing to take that risk just for another article, because that’s how we roll). While the fading away of privacy as we knew it certainly has its positive sides (earlier I discussed the role social media plays in vigilante justice), there surely are enough down-sides to it as well. When you embarrassed yourself in public twenty years ago, you could at least be glad that only a small amount of people were there to see it and that no one recorded the event. But when you publicly embarrass yourself now, your first instinct will be to kill anyone who might be carrying a camera, which is basically anyone with an everyday cell phone. And once these pictures and videos are on the Internet, they are there to stay. People can and will abuse the endless ability to shame others for the simply reason that they can. Fact is that we are currently living in a world that needed to invent the phrase “revenge porn“, it simply is that bad of a world we are living in.

But as I said, humor has the power to take the sting out of touchy subjects. That is of little consolation to the lady who now has her tender parts exposed to the rest of the world, but I never said it was a miracle cure. Humor helps us cope with the darkness out there, and this can happen in two ways: one is to make otherwise cute affairs look grim (like a Teletubby strangling Big Bird for crack money), the opposite route is to make menacing objects/situations look cute and harmless. Need an example of the latter? Enter Front404, the Dutch art duo that decided to commemorate the 110th birthday of George Orwell by donning security cameras with cute little party hats. 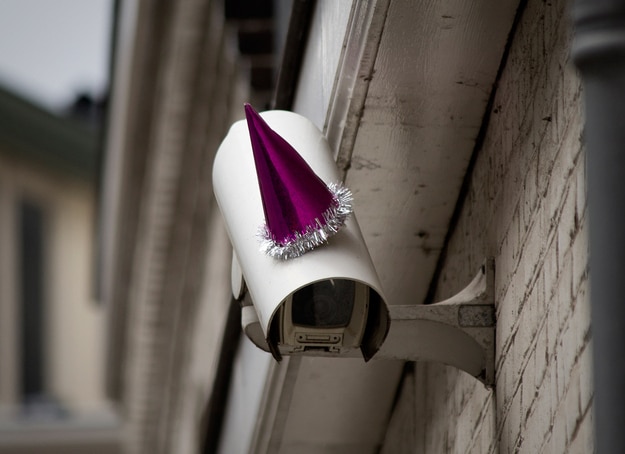 “Ahhhh, who’s a cute little droid of totalitarianism? Yes you are, yes you are!!” Source.

For those of you who would now claim that they’ve never heard of George Orwell, I say: yes, you have heard of him. You just never knew you knew. George Orwell (the penname for Eric Arthur Blair) became famous for writing two novels that, statistically, 120% of you were forced to read in high school: the cautionary satire of Stalinism that is Animal Farm, and the infamous Nineteen Eighty-four. 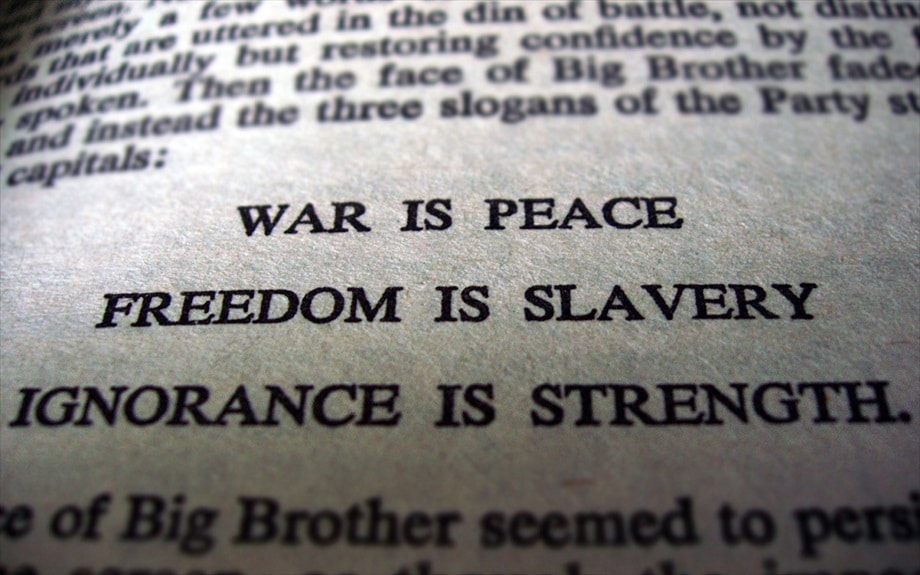 The former made famous the quote “All animals are equal, but some animals are more equal than others.”, satirizing the false promises of equal wealth and dignity made by totalitarian regimes like Stalinist communism. The latter coined the phrase “Big Brother”, which has since become synonymous with the all-seeing eye of authority (and to keep this article as Dutch as possible, also with one of our most perverted TV-shows). Nineteen Eighty-Four is set in a dystopian future where the world is divided into three super-states that are continuously at war with each other. The main character, Winston Smith, is living his life in former Great-Brittain and attempts to break free from the omnipresent surveillance and thought-control of the government. I won’t spoil too much, but since this is considered great literature, you can already guess that it does not have a happy end. The novel has had a profound influence on both 20th century literature and political thinking, and often (perhaps too often), the phrase “Orwellian” is used to describe government measures that infringe on our freedom and/or privacy.

Orwell did not live long enough to see the impact his novel would have on Western society, as he died in 1950, just one year after Nineteen Eighty-Four was published. But since then, the prediction that most obviously became true was that of the all-seeing eye of surveillance cameras, and the power this gives to whoever can watch and distribute these images. Thankfully, the decentralization of power in the digital age has prevented the all-encompassing mind control that Orwell described, but still, the sight of security cameras continues to give us a feeling of dread, no matter how much we’ve gotten used to them. 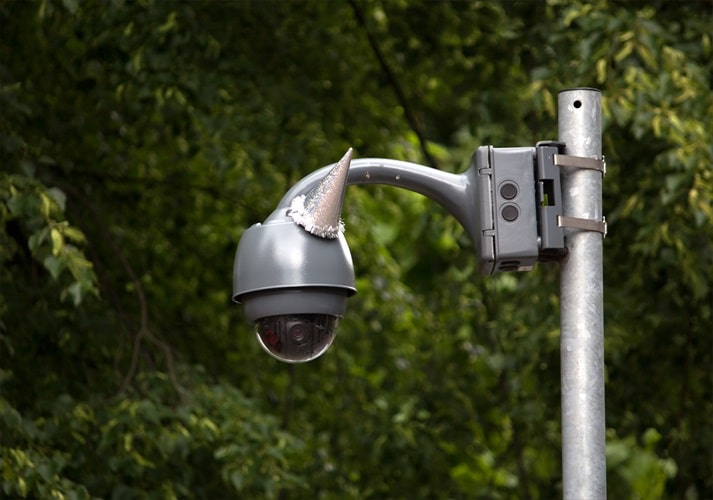