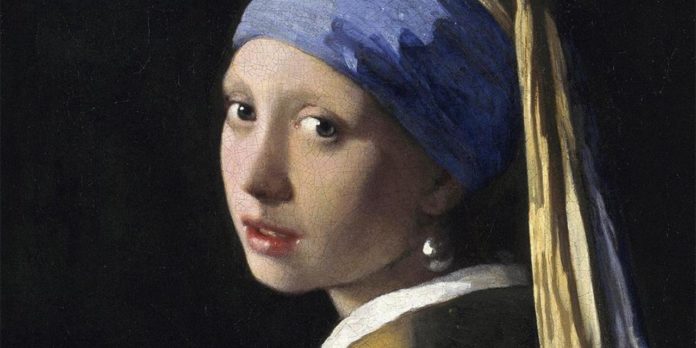 A closer look behind the painter Vermeer — and his women.

A milkmaid. A lacemaker. A girl with a pearl earring. Johannes Vermeer had something of a “penchant” for women. The great Golden Age artist painted women some 40 times, but men only about 14 times.  Who were these women? Lovers? Wives? Socialites? And moreover, why did Vermeer fawn over females? The clues paint a complex and mysterious picture. That being said, let’s get down to the art of the matter.

Women played a large role in Vermeer’s life — some think he was “dominated by women.” It’s obvious why: seven of his 10 surviving children were girls. He was, not surprisingly, the quintessential ‘starving artist’. His much wealthier mother-in-law had to support him financially: she provided for his sons’ education and later, for his unmarried daughters. The Hollywood melodrama Girl with a Pearl Earring, portrays his wife as quite the domineering shrew. I call poppycock. Women had at least some positive influence on him. He cast women in the central role of his paintings, with men usually in a supporting role. He was flattering to women in his work, even painting much loathed “salacious” maids in a positive light. So we can say he was less henpecked husband and more doting dad.

Flattery: Vermeer painted even the humble maid in a flattering way. Pictured: The Milkmaid by Vermeer

It was not only the women at home who influenced Vermeer’s view of the second sex. The widespread attitude toward women in 17th-century Netherlands was remarkably positive. They were prominent in the public sphere and had many legal rights — something of an anomaly in Europe at the time.

Foreign visitors marveled at these ‘independent,’ ‘family-oriented’ creatures. They lauded them as capable entrepreneurs who enjoyed more egalitarian relationships with men. Flourishing trade and rapid economic growth led to better-educated women. They acquired a new importance, prominence and respect. It is unremarkable then, that they tickled Vermeer’s fancy. 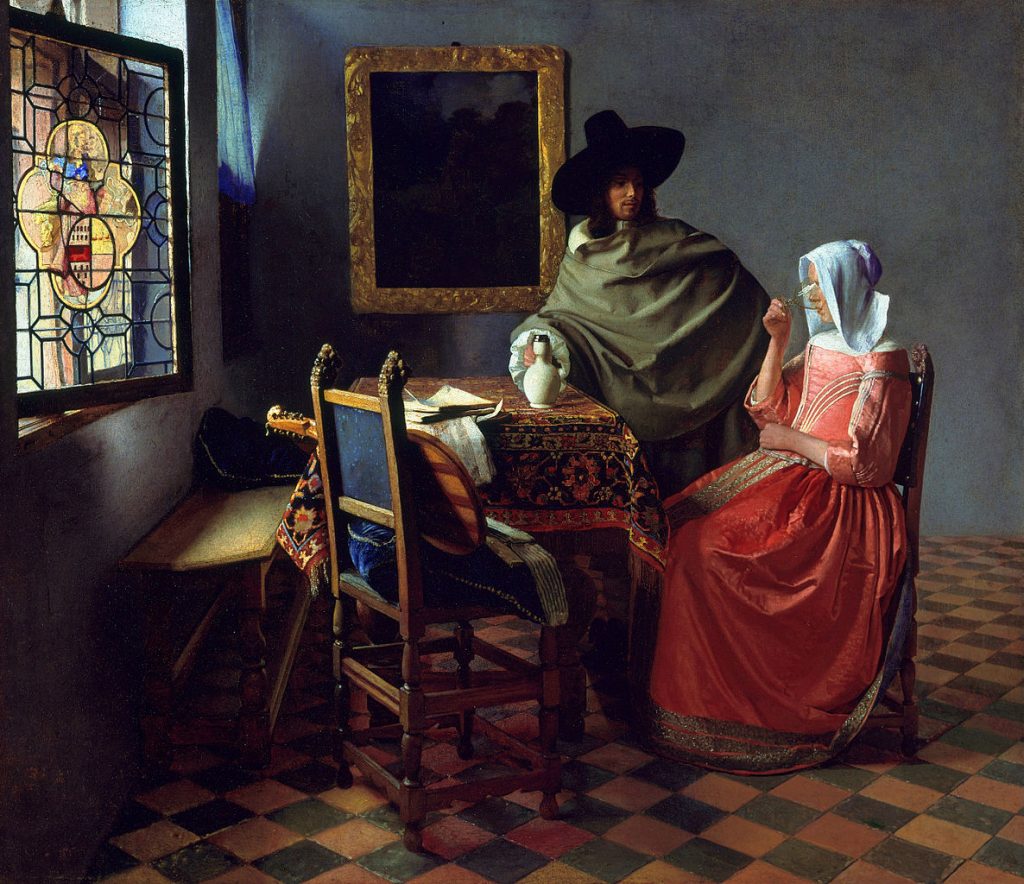 Although Vermeer was a bit of a ladies’ man, there were other reasons he included them so prominently. Namely, he painted mostly the ‘domestic genre’ — then much in vogue. This genre depicted the hum drum of daily life in a symbolic, positively romantic light. All activities were painted with the same sentimental brush stroke: from the mundane to the positively cultured. As the home was the woman’s domain, it was simply natural to include them in domestic scenes.

These paintings of home life were also rich in moral allegory — popular among the devout Dutch of the day. Vermeer’s women are often engaged in work — anything from lacemaking to  milk pouring. The Dutch viewed women’s domestic work as a virtue and the core of Dutch life. It was ‘key’ to the nation’s stability and prosperity. 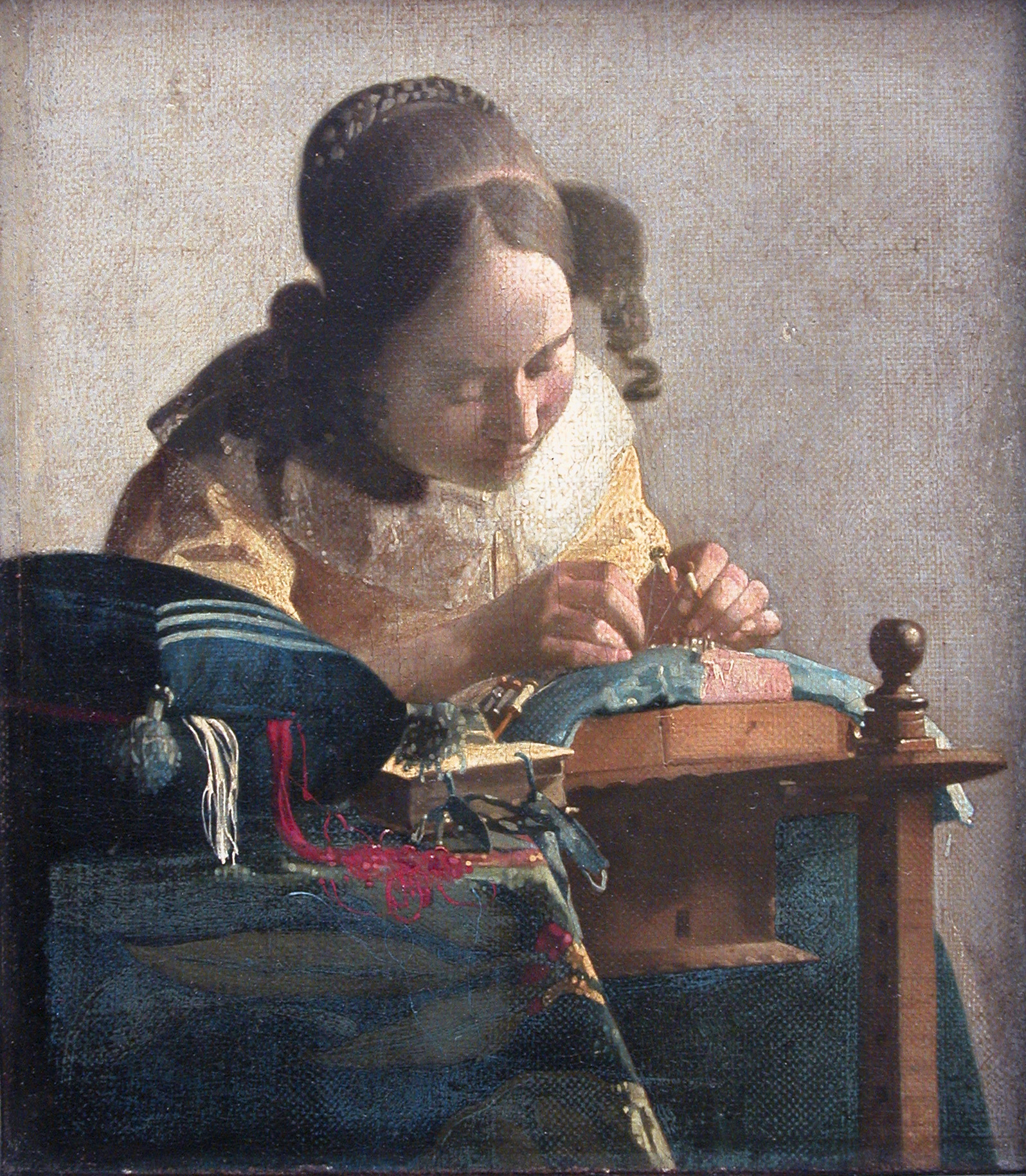 Virtuous: All domestic work was to be admired. Pictured: The Lacemaker by Vermeer.

Who were the women in the starring roles of Vermeer’s work? Unfortunately, none have ever been identified. One thing is clear, though: the women depicted are no oil paintings. Vermeer could not afford models. Instead, he turned to his own household. The woman depicted in The Milkmaid is the family maid, according to many experts. His wife, Catherina, apparently posed for many paintings, such as Woman Holding a Balance. Tellingly, the yellow jacket in the painting appears in Vermeer’s household inventory after his death. Many have also concluded that his daughters posed for several works – The Girl With a Pearl Earring is widely believed to be his daughter, Maria. There were no torrid love affairs as depicted in some works of modern fiction (cough, Tracy Chevalier, cough). 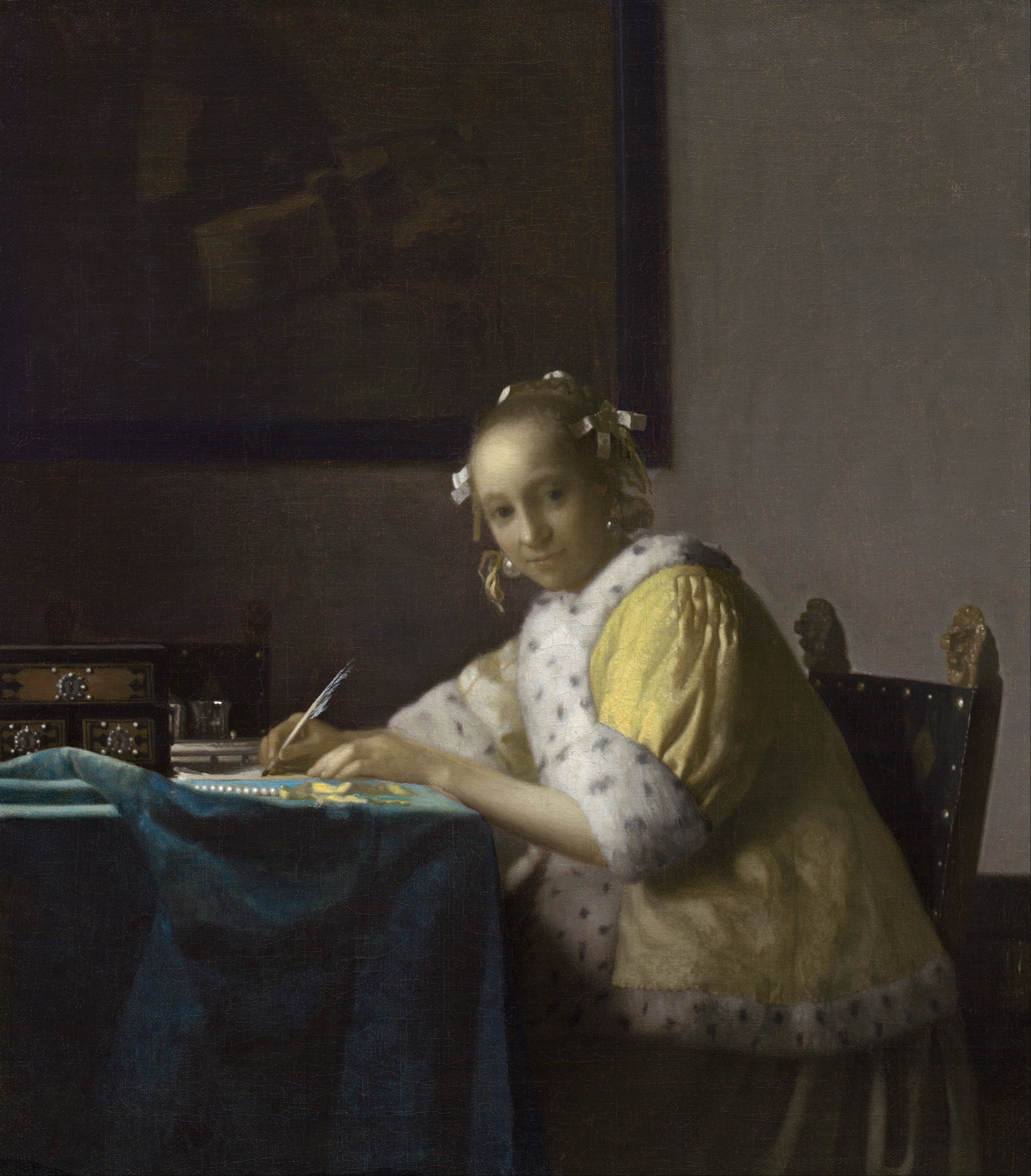 So there you have it. The truth of Vermeer’s women is not nearly as exciting as you might have believed. He was far from a lovelorn lothario. He merely took to the trend of painting the domestic genre whilst thriftily deploying family members for the task. Women naturally had a place in his chosen genre and embodied the virtues sought after by the Dutch of the day. In all, it was simply and affair of the art, than an affair of the heart.

Previous article
Making Friends Abroad
Next article
Groningen: The enclave of the North