Rutte announces ‘National Cycling Week’, no Trains in the Netherlands for 1 week 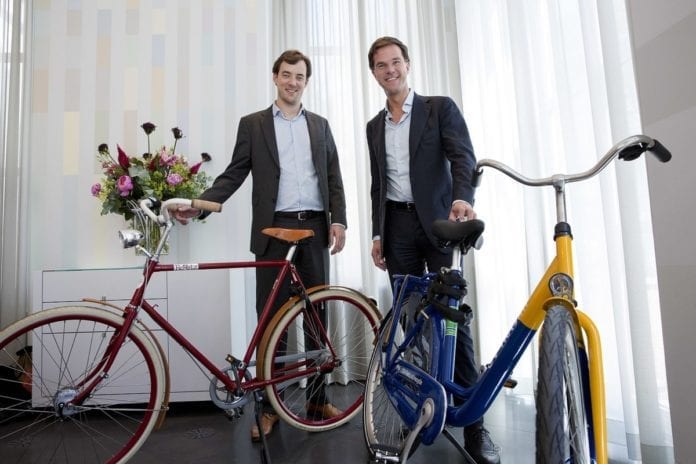 Working on our physique, celebrating our bicycle culture, mindfulness and sustainability. All reasons why the Dutch PM Mark Rutte has just announced National Cycling Week for the 28th of April till May 4th 2019.

Yes, it’s right after Kingsday and that’s no coincidence too.

Both Mark Rutte and the Dutch King, Willem Alexander, are big on bicycling. Themselves citing reasons such as ‘doe maar gewoon dan doe je al gek genoeg’ and that it saves money and reduces fat. Can’t argue with that.

No trains for a week, surcharge for using car

National Cycling Week isn’t a hollow concept, in order to back up the national celebrations and ‘make fietsen fun again’ the government has decided to halt all train traffic for one week. Citing that the nation could use the exercise, especially after King’s Day and right before the Summer. And that our national train system ‘sucks balls anyways, and that mess needs some tender love and care for a week’ said an extremely chilled out Mark Rutte when he gave a spontaneous press conference at 1 AM Saturday after leaving the King’s residence after a 7 hour long meeting.

Car users will get a surcharge of 50 euro per day for using their automobile, ensuring that every Dutchie will cycle instead of drive to work (like they are supposed too anyways).

Don’t worry internationals! There’s help underway, there will be cycling courses in every Dutch city to ensure that our little ones and expats learn how to bike. No fietser left behind said Mark Rutte.

Are you looking forward to national cycling week? We know we are! Join us in the DutchReview Group for more discussion on this great initiative!

Starting this week, firefighters of the Dutch village Breukelen will hop on their bikes to save the day. Have you...