What’s the big deal with house music in the Netherlands?

The Netherlands is the place of windmills and tulips, we all know that. But it’s also the birthplace of great house music DJs like Armin van Buuren, Tiësto, Don Diablo, Martin Garrix, Oliver Heldens, Afrojack and many, maaaaany more. What’s awesome about these artists is that they all have their unique special sounds which make you listen over and over to the same beat and also get you into a good vibe. So, what’s with house music in the Netherlands?

So, what’s with house music in the Netherlands anyway?

House music is a genre of electronic dance music, known as EDM. It all started in Chicago, in the early eighties and the Netherlands caught up a bit later. Some say it all began in a club named “the Roxy”, in Amsterdam, founded in 1987. Fast forward to the mid-nineties, when house festivals were founded, such as Thunderdome and Mysteryland, a particular culture came to be and then spread worldwide, which is known as “gabber” culture. It was all about bald heads, partying the night away in tracksuits on hard beats. Way to go, Netherlands!

Moving to 1999 when Spinnin Records was founded by Eelko van Kooten and Roger de Graaf, the Dutch label became a gateway to success for EDM artists, turning out to be a world leader in music publishing. DJs such as Tiësto, Afrojack, Blasterjaxx, KSHMR, Oliver Heldens, Don Diablo and many others have released huge tracks under its umbrella, adding to the label’s enormous success.

Dj Mag, a British magazine dedicated to EDM and DJs, enlists the top 100 DJs of the world every year. Guess who holds the top spot for a good while? Tiësto and Armin van Buuren, in the last 2 years and then Martin Garrix. They are just 3 of the most loved and voted number 1 DJs in the world, and they all are Dutch. I’m pretty sure you have heard huge hits like “Adagio for Strings”, “In and Out of Love” or “Animals”. And it’s not fair to remind you of only these 3 DJs because there are many more (many of which are Dutch), creating vibrating and exciting songs. They’re playing all day on the radio and at festivals like Tomorrowland or Ultra Music Festival, just to name a few.

Favourites from a large palette of Dutch DJs: Don Diablo

I’m going to focus on the “Cutting Shapes“ producer, the great Don Diablo! This particular DJ, music producer and storyteller, (his real name Don Pepijn Schipper), is born on 27 February 1980, in Coevorden, but calls Amsterdam his hometown. He signed his first record deal at the early age of fifteen and by the end of 2005, he founded his own record label and event brand, called Sellout Session. This made his name well known in the Netherlands.

Through time, Don Diablo released major hits like On My Mind, Universe, Chemicals (a great colab with Tiësto), Cutting Shapes, Give Me Love (together with the talented British artist, Callum Scott) and Wake me up when it’s quiet ( together with Hilda)– a tribute to the late great artist Avicii. He also remixed in his unique style songs of Ed Sheeran, Rihanna, Madonna, Birdy, Chainsmokers, Coldplay, Dj Snake, Justin Bieber, Kygo and many more.

Don Diablo launched his record label called “HEXAGON”, which won Best New label on Beatport, having the most amount of Top 10 records in its first year. His HEXAGON Radio Show is broadcasted in over 35 countries. It holds a weekly Top 10 position in the iTunes podcast section, giving his legion of Hexagonians (that’s the name of his ocean of fans and followers), a great mix of music from the best new house to the whole spectrum of electronica. It’s a 60 min sonic adventure full of exclusive remixed tracks, but also including the Demo of the Day, which showcases upcoming talent in the house music field.

Don Diablo even hosted his first solo show, called Future XL at AFAS Live in Amsterdam showcasing all the hits he produced through years, including colabs and remixes, which was an astonishing show. Get ready for new music realeses , as this amazing artist promises mind blowing show settings and his personal vision of the FUTURE!

What house music festivals are there in the Netherlands?

Have I already got you in the mood to want to attend a festival? Well, you’re in luck. Mysteryland ( Harlemmermeer), Awakenings Festival ( Amsterdam), Amsterdam Dance Event and Dance Valley ( Spaarnwoude) are just at the tip of the iceberg in this small, but explosive country. It gives us the chance to party all through the year with our favorite DJ tracks. You’ll find all the right info on their own websites: which DJs will whirl you up in their exciting mixes, where the party is at, tickets and other stuff to enjoy, immersing you completely, giving you a taste on what EDM has to offer.

Did I just give you yet another reason to love this country? You’re welcome. Indulge yourself in the best music there is, party all day and, hell yeah! all night, listen to your favourite DJ in your headphones, at work and of course, at festivals!

Do you love house music in the Netherlands? Have you ever been to a festival here? Let us know in the comments! 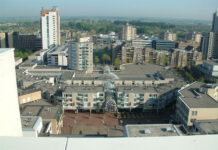 Why does everything in the Netherlands look the same? 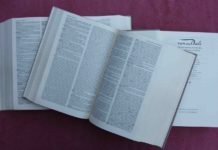 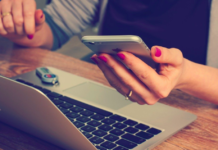 How to stay motivated while learning Dutch (and stop procrastinating)