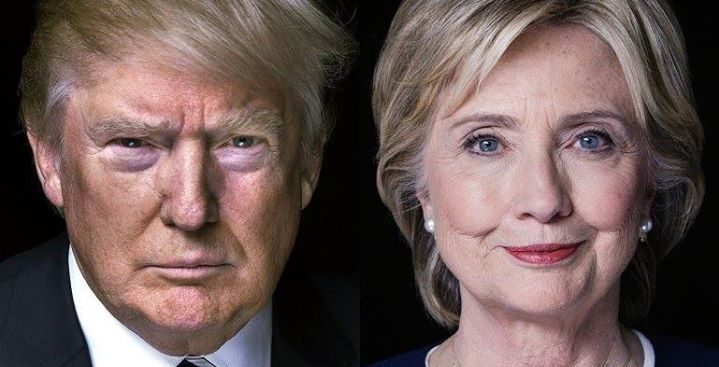 It’s hard to believe but tomorrow we will finally know who the United States will choose as their leader for the next four years. Will it be President Trump or President Clinton? The president of the most powerful nation in the world will leave his or her mark on the world stage. What will either one of them mean for our little country?

The longest election cycle ever pretty much started on June 16 2015 with Donald Trump coming down an escalator and announcing his presidency. We all thought it was a joke.

The guy that brought us Celebrity Apprentice and had been bashing Obama on Twitter for years now ran for president, yeah, right. The first speech was filled with unbelievable quotes including my personal favorite:

I will stop Iran from getting nuclear weapons. And we won’t be using a man like Secretary Kerry that has absolutely no concept of negotiation, who’s making a horrible and laughable deal, who’s just being tapped along as they make weapons right now, and then goes into a bicycle race at 72 years old, and falls and breaks his leg. I won’t be doing that. And I promise I will never be in a bicycle race. That I can tell you.

But we also got a taste of the many horrible things Trump would proclaim this election cycle when he announced:

Pretty much nobody took him seriously that day, but it turns out he struck a chord with a big part of the electorate, and the rise of Donald Trump as a political candidate was something we’ve never seen before.

What would a president Trump mean for the world?

Trump seems to want the United States to turn back to isolationism as a foreign policy. He has said time and again he wants to put ‘America First’. He opposes every single trade deal the US has signed in the last thirty years, wants to withdraw from NAFTA and has spoken out against TTIP and TPP. A Trump presidency seems to entail the end of free trade as we know it. He of course also wants to build his famous wall to keep out Mexican immigrants and he wants to put a stop to refugees from Syria and other Muslim countries.

Another important topic that also affects us is NATO. As with a lot of Trump’s stances on important topics, it’s difficult to really understand what he wants. For pretty much everything Trump has said about NATO take a look at this piece on Factcheck.org. What we know is that Trump believes the US is paying a disproportionate amount of money to NATO compared to the other members. Trump wants the US to stop paying as much and seems to believe either the other countries need to start paying an appropriate amount or they should leave NATO, or the US can’t guarantee their membership and thus safety anymore.

Knock the hell out of them

On many other foreign policy topics we simply cannot be sure what Trump is going to do. Will he reach out to Putin and improve their relationship or will he simply let Putin do whatever he wants? If he’s elected, what will the effect be on the popularity of right wing politicians in Western Europe? What really is his plan to defeat ISIS? For example this is what he said to Fox News host Steve Doocy:

Trump: We’re going to have to do something extremely tough over there.

Trump: Like knock the hell out of them. We have to get everybody together and and we have to lead for a change. Because we’re not knocking them. We’re hitting them every once in a while. We’re hitting them in certain places. We’re being very gentle about it. We have to be very tough and you have other countries who are getting devastated far more than we are and you have to get them together. It’s called leadership. They have to fight. They have to fight the battle. The battle is over there. And we have to fight the battle and we can’t let any more people come into this country and when we have bad ones ― we have people going over fighting for ISIS and coming back and we know they are fighting for ISIS and we take them. Once you leave this country, you fight for ISIS, you never come back.

Who knows what he means by that.

And what about a Clinton presidency, you might ask? On foreign policy there probably will be no huge policy shifts from the Obama administration, although some say she is more assertive, more of an interventionist and will be more likely to use American forces. Another difference with Obama might be on trade. Hillary, like Obama, at first supported trade deals like TPP. But as public opinion turned against free trade, Clinton now turned her back on trade agreements. Some say she might oppose trade agreements for the first part of her presidency and try to renegotiate them after a while to make them happen anyway.

What do you think a Clinton or a Trump presidency will mean for the Netherlands?