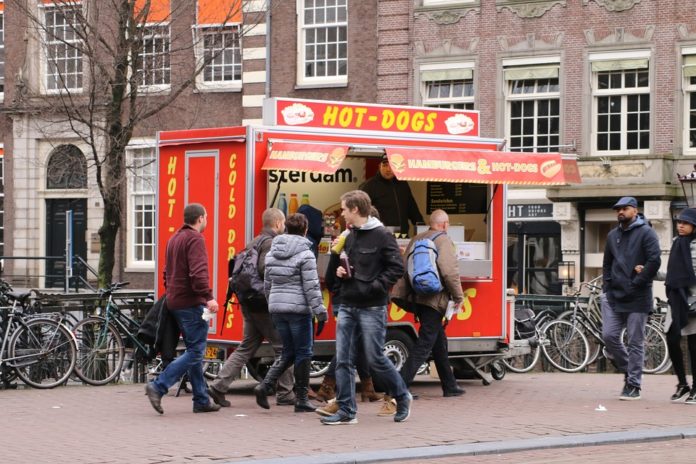 It may seem unlikely in a city known for its flotilla of lithe and limber cyclists, but Amsterdam in fact has the highest rate of obesity in the Netherlands. In 2014, the proportion of 5-year-olds in Amsterdam who were overweight or obese stood at 13.9%, while in 2012 it was 15.3%.

This was too much for Amsterdam ‘wethouder’ Eric van der Burg of the VVD. In 2013 the local politician, who is responsible for welfare and care, declared war on the city’s obesity problem. He unveiled a sweeping plan which he hoped would result in there being ‘not a single child in Amsterdam who is too fat’ by the year 2033. So how has the Amsterdam anti-obesity campaign done so far?

The purpose of van der Burg’s plan, which has the full backing of Amsterdam’s local politicians, is to get children to eat more healthily. His strategy has focused on schools, and has been particularly effective on children in the Bijlmer area.

Some of van der Burg’s measures do raise eyebrows. For instance, children are now weighed and measured at school every year, against parents’ initial objections. Children in certain schools are banned from bringing drinks other than water and milk to class. They are shown carrots and radishes, and told they must try them. The city of Amsterdam also now withholds funding from events that are sponsored by McDonalds or Coca Cola.

Is the Amsterdam anti-obesity campaign working?

The good news is that van der Burg’s ambitious plan is having a positive effect on obesity rates, with the number of overweight and obese children dropping by 12% between 2012 and 2015. Last month van der Burg welcomed the news, while reiterating that the plan had to continue because thousands of Dutch children are still too fat.

And so the war on obesity will continue, with van der Burg leading the assault. Whether he can meet his ambitious target for 2033 remains to be seen. And if you want to live long enough to find out, you better start eating more carrots and radishes.

The Dutch have a special place in their heart for fried snacks, and finger food. Add fish to that combination...