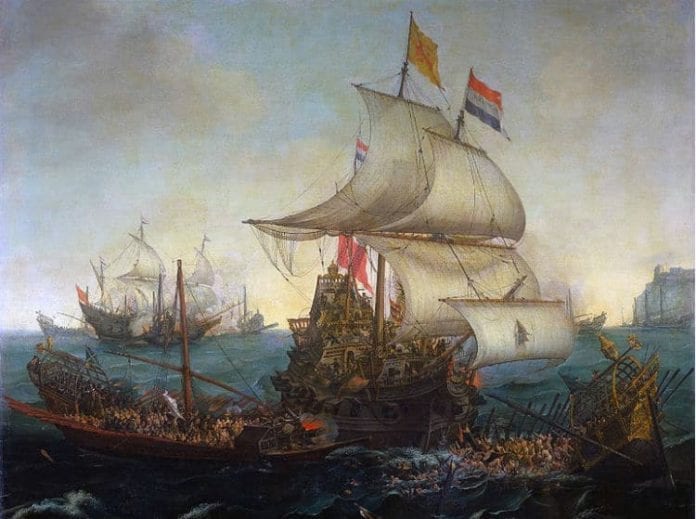 As much as the Dutch love Canadians they are very divided about their opinion on the US. And whenever there’s was a mass shooting (no matter what time you’re reading this, there was one this week) some Dutchies are quick to condemn the depravity of America.

Also, Donald Trump being president does more harm for America’s international relations than ever before. Everybody seems to love hating on America in recent times for many different things – from the 2008 financial crisis to the country’s political choices. But were they the first to do the things people love ranting about? History shows that the Dutch were more ‘American’ than we think…

1) The Dutch invented the multinational corporation.

Yes, that is correct. The Dutch created the first ever multinational corporation. The year was 1602, troubled by the risk faced by their fleets, a group of Dutch merchants devised a way to reduce the risk on their investment. If they put all their booty ‘won’ from the foreign lands on the one ship, then they would lose everything if that ship went down. But if they shared the booty equally between each of the merchant ships, then if one was sunk or robbed, each would only lose a small percentage, as opposed to one losing everything. In such a way, the Dutch East India company was formed and based in Amsterdam. In 1602, it became the first company to offer ‘stock’ which bought a percentage in the ownership of the company. The Dutch East India company is often considered the first multinational corporation, as it traded and profited across several countries.

So what is the next logical step in terms of American identity? Maybe the share market? You know, Wolf of Wall Street and all that, trading and scandals. Well, about that …

The Amsterdam Stock Exchange opened in 1602. It was the first in the world to offer a trade in stocks and bonds of companies. Interestingly enough, it was established by the Dutch East India Company. The Amsterdam Stock Exchange has undergone several changes and mergers over the years, but can still be visited at the original site of Beursplein 5, right near Dam Square. Also, the origins of the name ‘Wall Street’, it was actually named by the Dutch as ‘de Waal Straat’.

Alright, so the Dutch may have created the first Stock Exchange. That’s unfortunate. But hey, at least they didn’t invent the economic crisis. I mean isn’t it when the 2008 economic bubble burst when things started taking a turn for the worse? 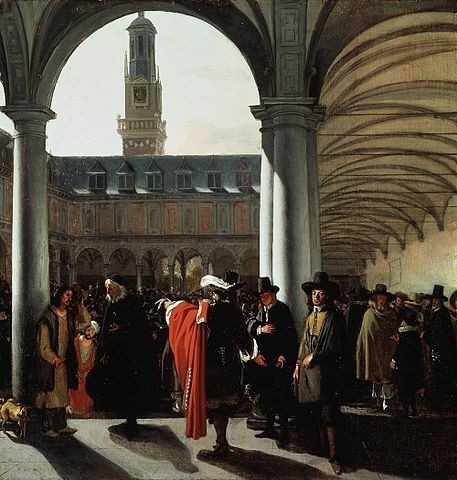 Sorry to burst your bubble (pardon the bad pun) but I’ve got one word for you; Tulips. Apparently the Dutch go crazy for them. Especially during the Dutch Golden Age, when tulips were first brought back from Turkey.  At the peak of the crisis in 1637, a single tulip bulb was selling for ten times the annual salary of a craftsman. Hell, at some points a single tulip bulb could have bought you a house right on the canals in Amsterdam. Tulips were being sold for much more than their intrinsic value. It was an economic bubble, and hey, like any other, it couldn’t last. The collapse in the market began in February 1637 in Haarlem when bulbs were not able to be sold at a normal auction. This created panic in the market, and while there is a lack of accurate data, rumour has it that the market collapsed within three days.

Fine, but that’s just the economic and historical side of things, right? What the Dutch REALLY don’t like about the Americans is that the US wages war on countries purely for business reasons … Ah! I’m glad you brought that up.

Let’s go back to the Dutch East India Company (the VOC). While we’ve already seen that they were the first multinational company and created the first stock traded company (thank you for the Netherlands, by the way), they were also given special powers to act as representatives of the Dutch government. This is because of the significant power the company held as merchants during the Golden Age, and how important this was to the Dutch government. If the VOC ran into rival British or Spanish merchant fleets, it wouldn’t be possible to get in contact back home to find out if they had authority to attack or defend themselves. As such, they were given that authority and discretion.

Because of this, the Dutch East India company essentially became a war fleet. It waged war so the merchants could profit more, and even given powers to claim countries as a colony, for example, Indonesia. But hey, the Americans are worse right? They were doing it for something immoral like oil. Maybe before we question the ethics of the oil industry, let’s not forget that the Dutch West India Company (WIC) was heavily involved in a little thing called the slave trade from Africa.

So anyway, there you have it. All the essentially American things that the Dutch disagree with are all concepts that were created by Dutch. Of course, the English, the Portuguese and the Spanish were all just as bad, they were doing the same things. But the Dutch were first to the game and created a lot of these ideas and institutions.

Plus, the Dutch companies were arguably the most profitable. For a short period of time in the 17th Century the Dutch dominated industry, and as a result, dominated the world.

So the next time you hear a Dutch person on an anti-American rant, just remind them of the rich history of the Netherlands 😉

Previous articleWhat To Do With The Sochi Winter Olympics?
Next articleThe Only Dutch Winter this Year: Art on the Ice 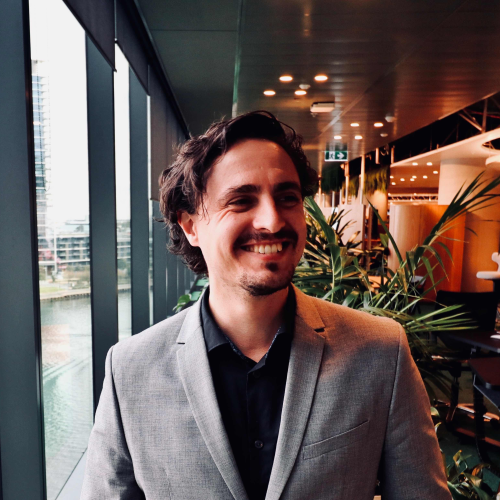 Statistics Netherlands (CBS) surveyed the exercise habits of Dutchies in 2021 and found that 53% were falling short of their...