A few years ago I wrote this article titled ‘It was Dutch-American Friendship Day and you probably didn’t even notice‘. I figured I could just repeat this observation until my dying day, but according to my Facebook and Twitter feed people are actually noticing this year. Mostly thanks to the US Embassy in The Hague, who posted this very adorable video of good ol’ Pete Hoekstra at the US Embassy making his way through the no-go zones of the Netherlands.

On this Dutch-American ???? Friendship Day, we thank everyone who makes the #USNL bond the longest, unbroken, peaceful relationship we have with any nation in the world. This video marks #DAFD18 & Ambassador Hoekstra’s 1st 100 days in the Netherlands. https://t.co/gTmvq3APbz

Why does Dutch-American Friendship Day even exists, you might ask?

According to Reagan, this means the relationship between the United States and the Netherlands is: ‘the longest unbroken, peaceful relationship with any foreign country’. Then of course there is some stuff about shared values like freedom etc. That is why Reagan declared the day and he concludes with: ‘In recognition of this long and fruitful relationship between our two countries and peoples, I do hereby designate April 19, 1982 as Dutch-American Friendship Day and call on all Americans to observe such day with appropriate ceremonies and activities.’

Good that we didn’t end up on Ronnie’s bad side:

So where are those ceremonies and activities that Reagan asked for?

In the Netherlands you can drink with the Amsterdam American Business Club today to celebrate friendship.

So I have to admit, you might have noticed this year but you still have to arrange those celebrations Reagan asked for yourself. I you find yourself in the US, listen to this advice:

If you’re in the Netherlands, eat a hotdog. We’ll see what happens next year. 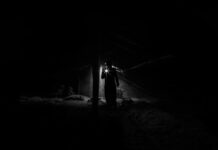 5 of the most haunted places in Amsterdam 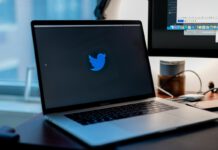