The end of ‘Zwarte Piet’? Just Soot Pete’s at arrival of Sinterklaas in 2018 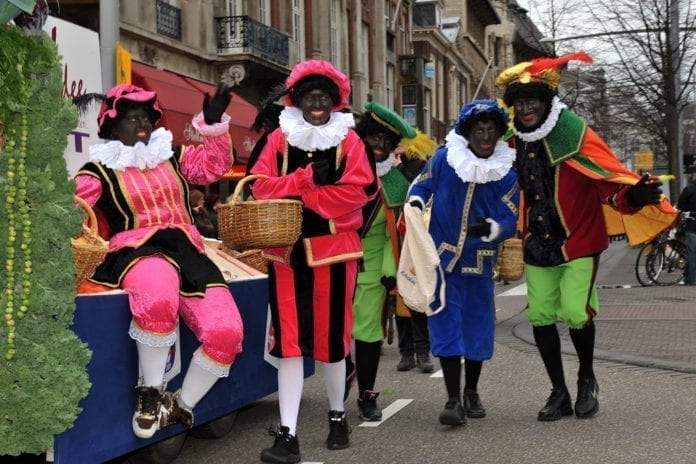 During the national Sinterklaas arrival this year only Soot Pete’s will be accompanying Sinterklaas. This reports the NTR, which is responsible for the TV registration and the whole organization of the event.

On their website, the NTR writes: “The Petes have some soot and dust on their face because they are going through the chimney.” According to whether a Piet has gone through the chimney more often, he or she has more soot on the face.”

A spokesperson states that the choice “fits in with the trend of recent years”. Tradition and change go hand in hand, says the NTR. The national arrival of the saint is on 17th of November in Zaandijk and the Zaanse Schans.

Also last year at the entry in Dokkum there were soot piets. Back then there were also traditional zwarte pieten. The whole day was also filled with protests.

Just as with the national arrival, the Sinterklaas news broadcast in NTR program will only be visible. The hair of the pieten varies from long and curly to straight and short. The Pete’s do not wear gold earrings.

Last year the NTR decided to stop with the ‘rainbow-colored’ people in the Sinterklaas news. According to the broadcasting, multi-colored pieten did not fit in the tradition and did not look nice either (outright horrendous we say).

Like any other ‘Zwarte Pieten’ news in 2018, this Soot Pete news will undoubtedly cause a cultural shitstorm. Anything to add to this discussion?

Previous article
Despite being a rich country, the Netherlands still has 320.000 working poor people
Next article
Student life in the Netherlands: 5 tips to get ahead when studying at a Dutch university

Wintertime on ice: 6 spectacular ice rinks in the Netherlands

What's the most festive way to spend Christmas in the Netherlands? Well, lace up those skates and get out onto...