On 21 June 2018, we landed in a very cold and wet Schiphol, that however, did not put a damper on the excitement of going back to the Netherlands. The weather improved tremendously a few days later.

For my friends; Charlene and Sonia, this was a first-time visit to the Netherlands…but for me, this was a revisiting of old haunts 24 years later. (Check my previous articles if you missed it)

Let me try to explain to you why, within a few hours of being back in the country, I realized that I had made a monumental mistake in coming back.

1. Going back to the Netherlands: The food

FOOD, what an absolute delight! Yes, I’m South African, and proudly so, and I know good food. BUT this is a whole other level. Maybe it’s just me, but haring met uitjes, kibbeling, papatje oorlog (speciaal), kroketten and my new favourite; krentenbroodjes…I’m a foodie, so trust me when I say these are heavenly. Did I forget to mention my first Amsterdam breakfast was poffertjes? I had to stop myself from rubbing that buttery delight all over my body. I could go on, but if I start talking about the cheese and cherries, then I may as well do a food review! 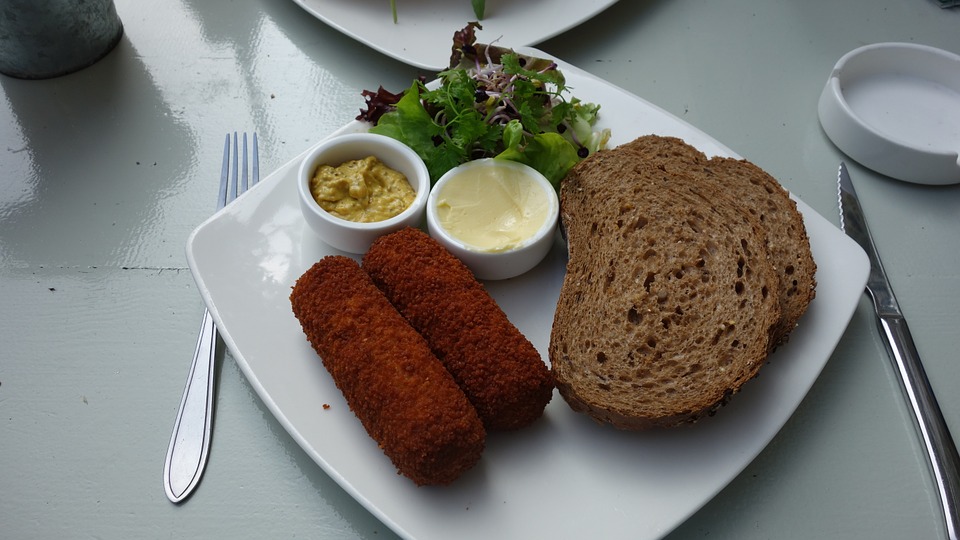 2. Going back to the Netherlands: The sights

We did the tour of Volendam, Marken and Zaanse Schans. This one I had done before but wanted to experience it with my friends. The air still had a slight chill, but the rain had stopped. I think the cooler weather was needed for all the walking and sitting on the bus. It was just the touristy thing we needed on our first full day in the country. We could not get enough of Amsterdam. There are no words to describe the feelings conjured up when in this bustling city. Amsterdam seemed fuller and busier than I remembered, but still, an amazing place to be.

Our travels took us from Amsterdam to Naarden-Bussum, to Wijchen and Nijmegen, Huizen, Spanderswoud, Hilversum, ‘s-Graveland, Rotterdam, Den Haag, Scheveningen, Madurodam, Utrecht, Haarzuilens (Kasteel de Haar), Nieuwleusen and of course Giethoorn (everything and more). I really wish we had longer than just 2 weeks. In between all this Dutchness, we still spent a couple of days in Germany. There are so many places that needed to be seen, but we ran out of time. My all-time highlight has to be Giethoorn. I could definitely do that again… Truthfully, I could do all of it again, and so much more.

3. Going back to the Netherlands: Infrastructure /Transport & Safety

Oh, my word. There are absolutely no complaints about infrastructure and the transport systems the Netherlands has in place. What else can be said? The rest of the world has to sit up and pay attention. Even though this efficiency was in place 24 years ago, I don’t think I fully appreciated it until I came back. Whether you are using a road, train track or waterway; this is a place where you will reach your destination effortlessly.

Maybe my South African-ness(if there’s such a word) is showing, but this has got to be the safest place in the world. I really wish that my daughter would be able to experience this level of freedom to go wherever, whenever and not have to worry about getting there safely. That was possibly the most familiar feeling that I experienced on this trip. I could give up the land of my birth for that feeling. One of my friends summed it up perfectly. She said that nobody bothered anybody else. People just joyfully went about their business without causing anyone else any grief.   Lest I forget…Wi-Fi on public transport…wtf? I’m floored.

4. Going back to the Netherlands: Bicycles

The biggest difference from 24 years ago: What have y’all done to the bicycles with kid carriers? This is not fair. When I was an au pair back in the dark ages, my two kids had no protection from the elements other than their clothes. I had one kid on the back of my bicycle in her seat and the other in his seat on my handlebars. This fancy creation you now have is just superb. I walked past a kid sitting eating her breakfast whilst her mom was riding a bakfiets. I think it’s definitely a massive improvement and great innovation.

5. Going back to the Netherlands: Dutch hospitality

Imagine, if you will, going back to a country 24 years later and being treated like the returned prodigal son (or daughter). Not only did my au pair family offer me and my friends a place to stay, but we were welcomed with open arms and made to feel at home.

Friends that I have not seen since 1994, accommodated us, took us around to visit various sights and generally took care of all our needs whilst visiting. I cannot even begin to thank them for the amazing time we had. I only hope to return the favour when they visit me in South Africa.

This trip was the best, but also the worst. I was heartbroken when I had to leave. Again. This country holds such fond memories. I immediately recalled everything I loved about it. New places were seen and new memories made. Reconnected with old friends and definitely made some new ones. This only means one thing; I cannot wait 24 years before going back again. Tot zo!

Can you relate? Let us know in the comments!

Editor’s note: This article was originally published in July 2018 and has been updated in July 2020 for your reading pleasure.