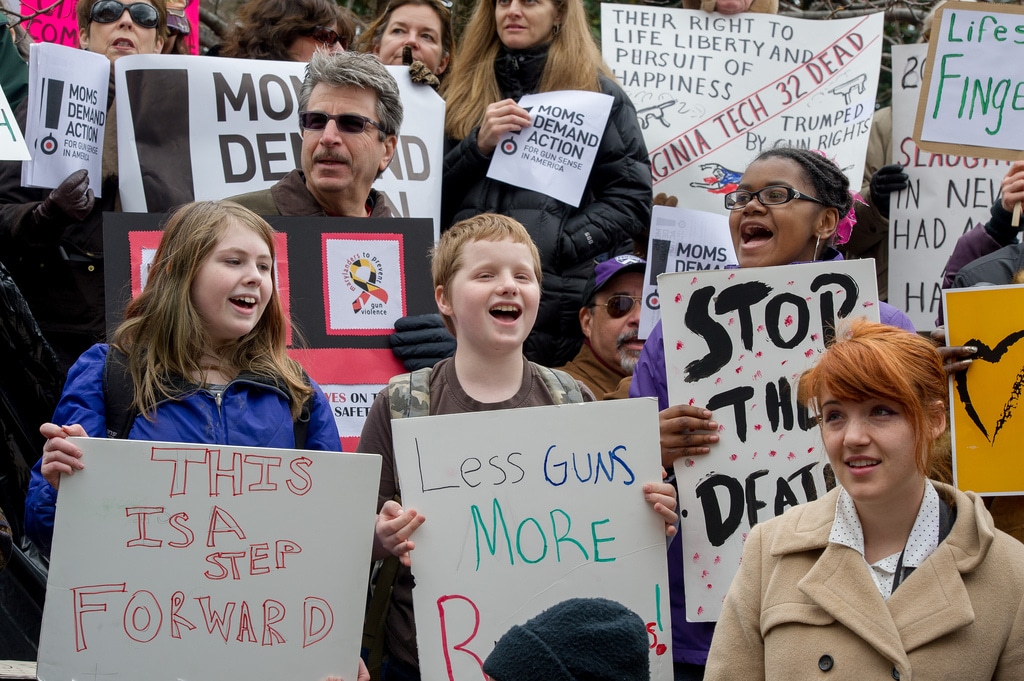 My Dutch friends keep asking me, “What the hell is going on in America?  Another mass shooting?!”  I take a deep breath.  Sigh.  And I don’t have the words to explain.  It’s complicated.  And so damn sad.

See, I feel half-American, half-Dutch.  I lived in Amsterdam for 2 years after college and go back annually. I’d love to retire permanently there. I have so many close Dutch friends and I’ve come to love the country, people and lifestyle.  Ik hou van Nederlands!  But I was born an American of distant Dutch roots.  I grew up in New York (which began as New Amsterdam!)  When I visit Delft or Zwolle or Haarlem, I say “Goede morgen! Hoe gaat het met je!”  But, essentially, I’m an American.

And, while I am very patriotic and love America in most ways, I want my Dutch friends to know I, like most Americans I know, am independent and think for myself.  I do not follow the leadership of elected officials (um, we’re talking about a totally unqualified guy who is currently the PRESIDENT of the United States here) blindly.  I adore the First Amendment which allows me to criticize my Government freely, and I value the independent press/media to act as a countercheck on what my government does.  See, I told you it was complicated.  Let’s sober up with this grim review of recent events, a terrible Top Ten of American gun violence:

Ring a deadly bell?  And these are just the infamous events.

Hundreds of Americans are shot with handguns and other firearms on a daily basis.  The US is a country saturated with guns, they are everywhere.  But why do these traumatic mass killings keep happening?  Why do we become desensitized to them?  Can this really be business as usual?  It just makes no sense, yet America suffers these tragedies on a regular basis and keeps ignoring common sense ways to prevent them.  I am so sick and tired of people sending their “thoughts and prayers” to the victims.  Thoughts and prayers do nothing.

Imagine if you got cancer and went to the oncologist and he was like “thoughts and prayers!” and did nothing.

Please understand my Dutch friends that there is a very large political section of the populace here who desperately wants change.  And, you ask, “Why doesn’t America change?  Why can’t you be more like us?”  It seems so logical, so obvious: the US allows virtually unlimited gun ownership and suffers mass death by gun; the Dutch severely restrict gun ownership and no one is shot.

Dutch gun laws are actually quite strict as you would expect. Gun ownership is seen not as a right, but a privilege, with hunting and target shooting as a sport the only two legitimate reasons for owning a gun. Owning a gun in the Netherlands for both sports and hunting comes with extreme vetting and sees lengthy procedures, and don’t even think about owning an assault rifle.

Self-defence is certainly not regarded as a reason for owning a gun, and only the police are allowed to actually carry a weapon. Regulations and enforcement of Dutch gun laws were even stricter after the Alphen aan de Rijn shooting in 2011.

So about gun culture in the Netherlands and the US

Start with the basic truism that America is an ultra-violent place compared to the Netherlands.  We have thousands of killings by gun violence every year.  Holland has virtually none.  Why is this true? To try to understand we need to take a trip down the misty lanes of history.  Remember, the United States is a very young country compared to elegant, noble Holland.  There are churches, there are even restaurants, in the Netherlands much older than the organized formation of the United States of America in 1776.  America is a baby swaddled in a diaper compared to the Netherlands.  This relative youthfulness, plus three important additional factors impact on current events with regard to gun violence: the history of the US, the continental size of the US, and the social philosophy of the US.  Let’s take a look . . .

America was born from violence; don’t forget we are a revolutionary people, freed from England during the Revolutionary War.  We’re rebels.  We fight.  We have lots of guns.  When our Constitution was written by some really smart men, guys like Thomas Jefferson, we added a Second Amendment.  Sigh.  This is where a lot of the controversy emanates from.  Y’see, the Second Amendment can be interpreted a million ways.  One group of people believe the original literal words included in the Second Amendment guarantee a virtually unlimited right to own firearms.  Another group believes the Constitution should adapt with time to address current contemporary social issues better.  So, the first group reads the right to possess firearms as an unlimited right, the other advocates for gun control, or reasonable limits to what types of firearms average citizens can freely buy and own in their homes.  Dutch people don’t get this; because in the Netherlands you can’t own guns freely and virtually no one has a gun in their home.  See, it’s complicated.  I’m on the side of reasonable gun control.  The Second Amendment was written when homesteaders needs muskets to protect their homes from the dangers of the wilderness.  Fully automatic machine guns and armor piercing hollow-point bullets were way, way, way beyond the imagination of Thomas Jefferson and his peers.  So, do we allow ALL weapons freely or politically design some rational limits on gun ownership?  People disagree on this.  Big time.

Throw in another factor to complicate things more: the political influence of the NRA.  The National Rifle Association is gigantically powerful in the lobbying industry.  They give millions and millions of dollars in contributions to lobby, or influence, the direction of politics.  They contribute to politicians who favor their views.  Some say it’s corrupt, others approve and say it’s business as usual.  Ahem.  The NRA fights tooth and nail to block any infringement on traditional Second Amendment rights.  They advocate for free gun ownership and resist any changes to absolute freedom to own whatever weapons are legally available.  And no matter how many devastating mass murder events occur — Las Vegas, Orlando, Sandy Hook — they send “thoughts and prayers” to the victims’ families.  And never support reasonable limits on gun control.  They are dug in and won’t change even a little bit.

Hello LIBTARDS? This isn’t Australia or the UK or anywhere else. No other country has a 2nd Amendment … we do! Stop your gun control rants

Also remember, the US is enormous.  From the colorful autumn foliage of Maine across the continent to the glitzy lights of LA, this is one big country.  Toss in the tropical beauty of Hawaii or the majestic snow-covered peaks of Alaska, and you’ll see that this country is massive.  The Netherlands is densely populated, yes I know, but tiny in size.  About the size of Pennsylvania, one State of 50.  Why does this matter?  Well, because a smaller nation can find a consensus easier than a gigantic one, and even so, politics is complex in the Netherlands to be sure.  But imagine trying to unite all of the EU on one political policy as emotionally charged as gun control.  See the problem?  Size matters.

And then we add to the mix social discord.  Lack of harmony politically.  Republicans and Democrats.  Ah, I can only take a deep breath and sigh.  America is really, really conflicted right now.  Remember, more than HALF of the voters rejected President Trump, yet he still won the Presidency because of our traditional Electoral College antiquated rules (ah, perhaps the topic for another article?).  We have “right wing” conservatives – people who want the freedom to own guns, generally NRA supporters, and we have “left-wing” liberals – folks who support restrictions on what types of guns people can own, and who might be disqualified from owning them.

It’s a social mess.  And, meanwhile, nothing ever changes.  I mean, when a crazy guy can go into a school classroom and mow down a group of innocent children with a machine gun . . . when a mentally ill young man can go into a church and kill a bible study group . . . when some enraged man can go into a nightclub and kill dozens of young people dancing . . .when a weird guy rents a hotel suite in Las Vegas and shoots out the window into concert goers with a fully automatic rifle . . AND NOTHING HAPPENS TO CHANGE THE LAW?   Yes, it’s a major problem.

Here’s what I think should happen: politicians need to stand up to the NRA and do what’s right, not what’s politically advantageous to their reelection chances.  Let’s pass some reasonable gun control laws.  OK, OK, I’m not advocating that we take guns away from reasonable people, people who want to hunt or use guns for safe recreation or to protect their home.  Sportsmen do not need machine guns.  You don’t kill a deer with hollow-point bullets.  Let’s get really strict with WHO can own a gun too.  One common thread with these mass killings is that mentally ill people were able to acquire incredibly dangerous automatic weapons.  It’s very hard to kill 60 people with a knife.  Do better background checks.  Don’t allow people with a history of mental illness or domestic violence to own firearms.  Let’s be smart . . . like the Dutch. 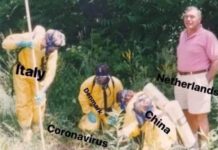 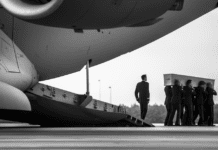