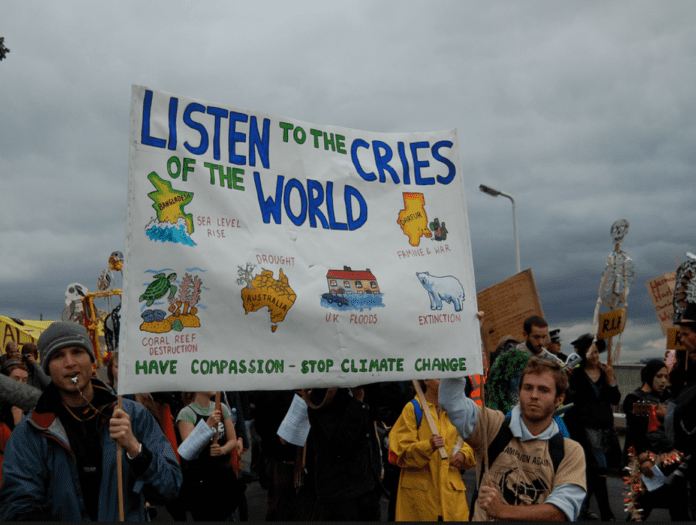 Dutch students will protest climate change next week. A problem we all face, that they’ve found the need to voice publicly. They will gather in The Hague to make themselves heard.

As the old saying goes, touted by many a politician, “children are the future”. These protests come at a sensitive time in our history, increasingly informed and aware kids are funneled through school and told to practice environmental sensitivity and consciousness when leaderships around the world do the opposite.

February 7th thousands of students intend to miss a day of school to protest the inaction being witnessed on climate change. The mantra driving the campaign is “truancy for change”. An event for the same cause took place in Brussels, Belgium just this week. The event had 300,000 students or more proudly waving signs in all languages demanding action against climate change.

In October 2018, the UN Intergovernmental Panel on Climate Change warned that world leaders have just 12 years at most to perform a historic turnaround on pollution. In order to keep global temperatures to a maximum of 1.5C above pre-industrial levels, even students are raising their voice on the issue. Any steeper increase in temperature would mean extreme heat and poverty for hundreds of millions of people worldwide, as well as increased risks of droughts and floods.

The students and event organizers may have been inspired by this recent video message that tugged on many heartstrings sparking similar rallies in Australia, Germany, Finland, Switzerland, and Ireland.

Students protest the security of their future

In Sweden, 15-year-old Greta Thunberg has been protesting inaction on climate change since August, skipping school every Friday to protest outside her government building. Greta writes for the Guardian Australia about why she believes Australian students should join her: “The adults have failed us. And since most of them, including the press and the politicians, keep ignoring the situation, we must take action into our own hands, starting today”.

Are students allowed to do this? Should they?

Reporting to a school’s truancy officers is only compulsory if a child is absent for more than 16 hours over a four week period, the council said. Those that skip for a cause like this will be asked to discuss their motives in ditching school, the consequences may vary depending on the school’s leadership.

Kids will be kids, if they want to do it and there are some sort of “rules” against it, chances are they will do it anyway. It’s a noble cause to rally for, the issue that teachers and schools face is how to discipline them for rallying – what is fair?

Some schools are encouraging students to attend the rally, the organizer of the event (Stijn Warmenhoeven) hopes 3,000 people will come to the Malieveld near parliament in The Hague next Thursday to show support. So far the event’s Instagram page has over 7,000 followers.