What To Do With The Sochi Winter Olympics? 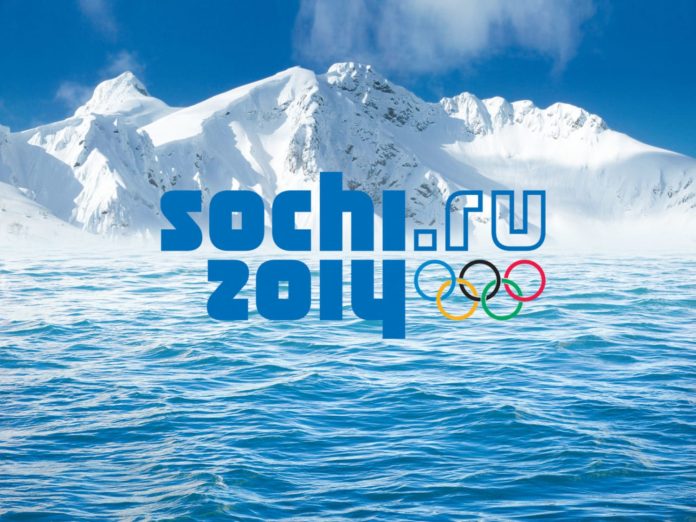 I am a big fan of judging people. In fact, this site practically wouldn’t exist if it wasn’t for us pointing our finger at people, organizations, and nations while saying: “Look at them. Look at them and laugh!”
Be that as it may, there’s always the time when the proverbial finger needs to take a 180˚ turn and point back at the pointer. Or maybe the two hands should point their index finger at each other? I don’t know how the physical side of this process works, but either way, sometimes it pays to look at yourself before you look at others.

Which brings me to the current event that is Sochi. After a long build-up of months and months of media attention, the Winter Olympics of 2014 are finally going on and hundreds of millions of people can enjoy the activity of cheering over the athletic success of complete strangers. Let me be clear on the fact that I’m wholly biased when it comes to any sport event that I‘m not actively participating in: I fully agree with the great stand-up philosopher Patrice O’Neal that the only sports team a man is allowed to care about is the Brazilian women volley ball team. But that’s not really the issue here, the real issue is, of course, the global condemnation of Russia horrid homophobic culture. Assuming that you are one of those people with Internet access (taking a wild guess here), I’m sure that you have already seen countless status updates, blogs, pictures, and videos where people condemn Russia for its evidently backwards and cruel lack of human rights, and in particular its anti-gay legislations.

Simultaneously, a different sound is also heard. While not letting Russia off the hook with its hate boner for guys who are into guys, there is also the bold notion that we are being hypocritical. After all, the West is only recently and slowly starting to allow homosexuals a basic right such as marriage, and violence against homosexuals still persists. I’ve ranted before about the despicable display of anti-homosexual sentiments in France last year; homophobia can still move the masses. Last but not least, we cannot consider ourselves to be completely innocent when things such as ‘Pray the Gay Away‘ exist. The West itself still has many problems with accepting its homosexual brothers and sisters.

However, one important difference here, in my opinion, is whether the homophobia is endorsed by the state or not. It’s not as easy to condemn a free culture as it is to condemn a freely elected government. And it’s worth pointing out here that Russia’s earlier mentioned infamous “anti-gay laws” were accepted by the State Duma with a perfect 436 to 0 vote. It’s one thing to blame a culture that has a small element of homophobia, it’s quite another to blame a culture that has elected a government that is unanimously homophobic. We may not be without sins ourselves, but don’t let that stop us from casting stones.

That said, I’m not saying we should have boycotted the Sochi Winter Olympics. This for two reasons, the first being that there has never been a single instance in history where boycotting a sports events produced any demonstrable positive effect. Without societal or political change, a boycott becomes an almost self-righteous and hollow gesture, especially when you consider that a boycott would not have altered our diplomatic and economical relationships with Russia. In fact, boycotts and threats and of boycotts during Olympic games are so commonplace that we’ve simply come to except them. There was talk of boycotting the 2008 Olympics in Beijing due to China’s human rights violations (SPOILER ALERT: didn’t happen and wouldn’t have changed a thing if it did). More famously, the United States and the Soviet Union boycotted each other’s respective Olympic games in Moscow 1980, and Los Angeles 1984. Needless to say, all this did not exactly bring down the Iron Curtain or destroy capitalism, but it did make sure that whoever stayed home basically made the hosting country winner by default. Which brings me to the second point…

The second reason is that if we had stayed home, we would have missed the opportunity to see Vladimir Putin congratulate the openly bisexual ice skater Irene Wüst with her golden medal. I’m not saying that this is like the 1936 Olympics in Berlin, where the black athlete Jesse Owens shoved the Nazi myth of the superiority of the white race right up Hitler’s ass, we’re just saying that Putin looked adorable when he showed up in his flamboyant ski outfit and <quote>cuddled</quote> with Irene. Not exactly the end of homophobia in Russia, but you’ve got to take these little moments as they come along, right?

Previous articleDriving in the Netherlands: Time for revolution
Next articleFour ways the Dutch were American first