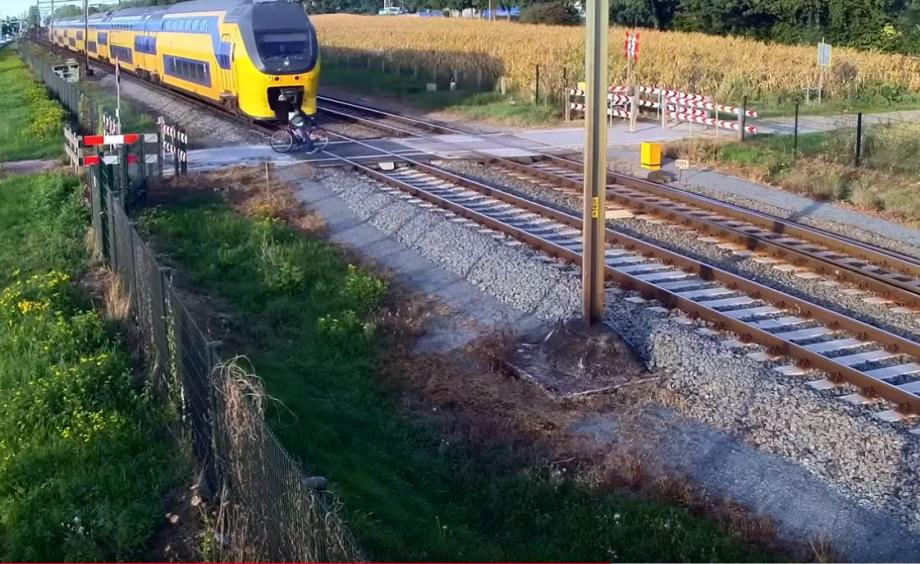 ProRail posted a video to raise awareness about the dangers of level crossing when a train is coming. Who knew we needed that? Well, apparently we do. Well done, humanity!

ProRail just launched a new campaign to warn against the danger of level crossings. The company is doing that by posting videos consisting of near-misses. According to ProRail, there were over 3,600 such incidents this year.

ProRail has stated multiple times that level crossing is extremely dangerous, especially if the barriers are down, but apparently the message is not quite hitting home. That is why they felt the need to post the videos, in order to show people how insanely dangerous it is. Now we are not sure if this is just an example of lack of self-preservation skills, or a whole different aspect of survival of the fittest (read smartest), but the videos are quite shocking!

In the first video, posted on Saturday, we see a cyclist crossing at an unguarded railway crossing. He first waits for a freight train to pass, and does not notice an intercity train coming from the other way. This video is as close to a recorded miracle as you’ll ever see!

In conclusion – don’t be stupid, stupid! How do you feel about ProRail’s campaign of near-misses? Let us know in the comments below!