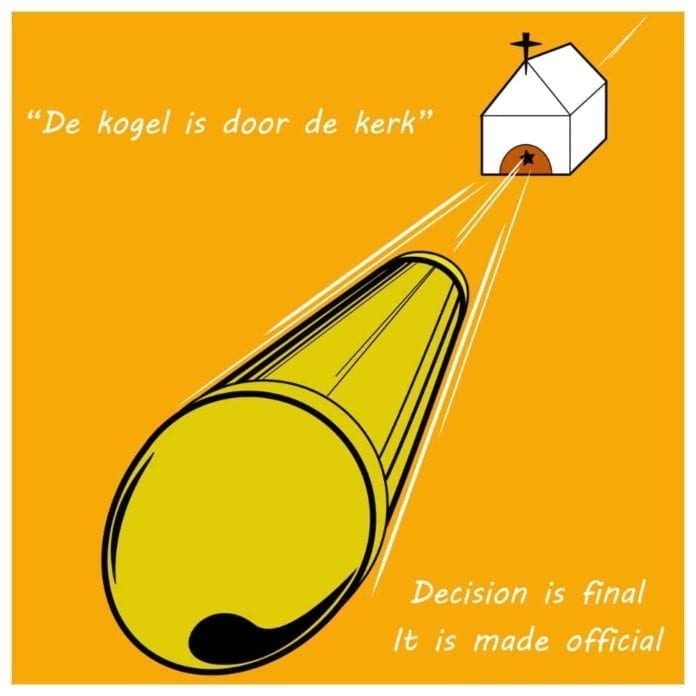 So abstract Dutch proverbs… these you are bound to stumble on when learning the language. This is my expat experience on how I discovered these and come to appreciate their quirkiness, even though my first encounter left me feeling quite bamboozled.

When I was still taking Dutch lessons, I tried to get into the habit of reading Dutch on a regular basis. One thing I did during my travels to work was read the newspaper (I love you Metro!). I distinctly remember coming across a sentence which did not make sense in the context of the article. My Dutch was still developing at that time so I just put this down to being an amateur (or lack of caffeine that morning). 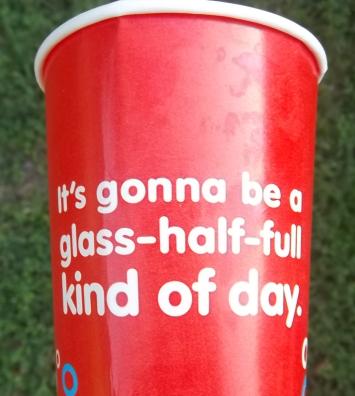 The proverb which tripped me up then was ‘kogel is door de kerk’. I did a double take type move you used to see in old cartoons and re-read it a couple of time to be sure it said what I thought it meant. With the help of my trusty Van Dale dictionary, I came up with a loose English translation word for word to double check and the outcome was the same: ‘bullet is through the church’. Whatthewhat? Could this be a printing error? Was it referring to a possible murder in a church somewhere? As the original article was about politics, my knowledge developed from watching countless CSI episodes deduced that a well-known politician was murdered. The COD (or Cause of Death for those who don’t know the terminology) was a single gunshot and the bullet penetrated the body with enough force it created an exit wound and left the church (ok, I write this with a tiny hint of exaggeration but my initial thoughts was somewhere along these lines…if it did happen, the ballistic report would have been an interesting read). 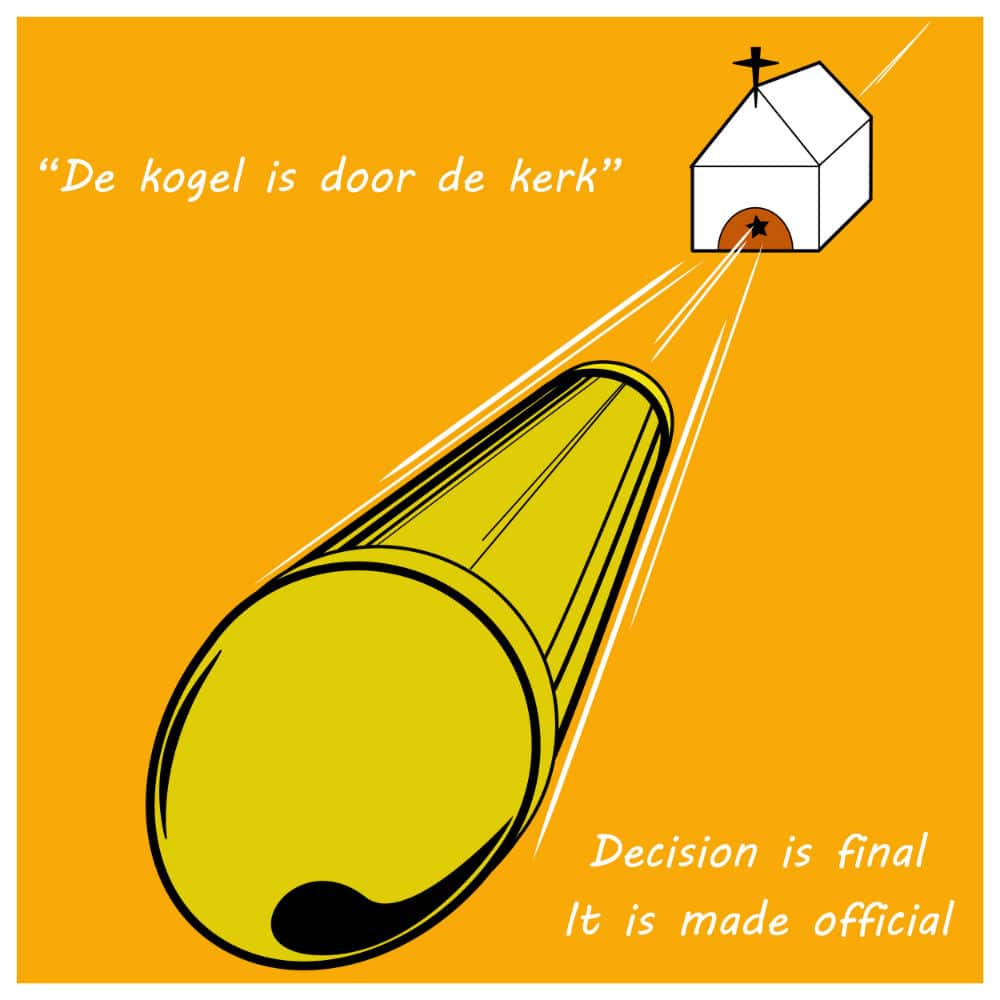 It wasn’t until later that day that I learned what the actual meaning of the proverb was (again whatthewhat?). This got me intrigued with other abstract proverbs out there.  As you can understand, a fresh expat who is still a noob at the language would probably find it quite perplexing, yet amusing. Since that day, I have collected a small list of proverbs which I have stumbled on and created a fun method to assist me with remembering the meaning of these. The illustration you see above you was one of the first that I designed. As you can imagine, a visual image is a powerful learning tool to help you remember. Since most of these are so darn abstract and comical, linking it to a colourful image means that you are less likely to forget its actual meaning. And there are many out there. Check out such classics as ‘koffiedik kijken’ and ‘als een olifant in de porseleinkast’. I don’t know about you but it conjures up funny images in my head…

The more I read and watched Dutch, the more I started to notice that proverbs are casually used in many formal settings such as on the news and in newspapers. I think in comparison with the English language, these are seen less frequently and generally reserved for certain situations (literature of course and schools apparently tend to teach these in classes). Such proverbs were used often in the old days, but it seems that these are heard less with the current generation. The video below puts some Dutch people’s knowledge of proverbs to the test.

I found it fun to research the origins of these proverbs since there are so many out there, although some are rarely used these days. If you need a fun Dutch exercise to escape from the usual topics such as grammar, word order, definite/indefinite articles (yawn), it is worth looking into. Some of these are guaranteed to make you chuckle and it could also take you one step further from shedding the expat label for those who plan to stay in the Netherlands.

I want to hear your experiences!