After one year in the Netherlands, this is what I’ve learned

I arrived on these shores just over a year ago, and the Dutch lifestyle has already taught me a few things about myself.

So, muse along with me and take this opportunity to reflect on how the lowlands have shaped your life. 🥰

I am decidedly short

At 164 centimetres, I’m admittedly on the shorter side but I’ve never felt quite as small as I have since moving to the Netherlands. The median height for a Dutchie is between 183 cm and 186 cm. From where I’m standing (literally, always looking up), most seem far taller than that.

Dutch men are rated as the tallest and Dutch women as the second tallest in the world. Even the teens are inordinately tall. It leaves me feeling both intimidated and in awe.

READ MORE | Being short in the Netherlands: a short guide for the vertically-challenged

According to some, evolution and environmental factors such as good healthcare, sanitation, and nutrition are stronger drivers for growing lanky humans than pure genetics.

Oh, and eating cheese, lots and lots of cheese. 😝

I do not cycle as well as I thought I did

I cycle — at least I did as a student, and I’ve enjoyed getting muddy on mountain biking trails in New Zealand. So naturally, I thought the first thing I’d do when we arrived in this tiny country of elegant cycling giants, would be to hop on a bike.

Embarrassingly, it turns out that even five-year-old children cycle better than I do.

My husband surprised me with a bicycle complete with a child seat, called a moedersfiets, for my first birthday in the Netherlands. Instead of excitement, I was filled with an overwhelming urge to curl up in a fetal position. I mean, 22 million bicycles for a population of 17 million people, seriously? I felt utterly unqualified to join this cycling way of life.

I have been that silly person stepping off a tram, standing clueless in the middle of a fietspad (bicycle path), avoiding injury only because of the ninja-like agility of the Dutch cyclist.

I’ve witnessed parents steering a full bakfiets (a bicycle for transporting children), with a newborn strapped to their chest and another child balancing on the back or even precariously standing on the carrier. 🤯

Initially, I started my cycling adventure slowly and overcautiously. Not daring to diagonally cross a road, despite the little green bicycle arrow telling me I am allowed.

Once, I crossed the road straight over (as I misunderstood this specific green arrow) and was corrected in no uncertain terms by a motorist who nearly ran me over. 😅 I may have recognised the words, “rot op, stommert!” (go away, stupid), and what I now know about Dutch insults, I think that was rather kind.

I refused to cycle with my son in his seat for at least a week or two, and with good reason, as I’ve fallen four times with him. Every time to be helped up by some aardige (kind) yet amused passerby.

Thank goodness I do not adhere to the inherent Dutch resistance to helmets — at least not where he is concerned.

A year on, and I’ve improved both in skill and confidence. I still can’t cycle with my hands in my pockets, or while carrying an umbrella, a crate of beer, a large painting, a ladder, or a massive suitcase.

I still fail miserably at the elegant mount and dismount I see women do, often in a skirt and heels. I am practising this movement where there is no one to point and laugh, though.

I now love my bicycle, and I much prefer it to any other mode of transport. Even my four-year-old is becoming a Dutchie; cycling without stabilisers to school, with me next to him, of course. 🎒

I’ve come to realise that the average cyclist not only has unequivocal pedalling skills but is also remarkably tolerant. As long as you obey the cycling etiquette of staying on the righthand side of your lane and using your hand signals, that is.

And do remember that icy patches on the road and those sneaky stoep (sidewalk) edges are not your friends. Oh, and invest in good rain gear — even those ugly rain trousers!

I speak my mind more freely.

When I was first told about the ‘Dutch directness‘ and Dutchies’ fondness for their schedules, I conjured up an image of a nation of rude, abrupt, and closed-off people.

I could not have been more wrong.

This so-called directness is not onbeleefdheid (rudeness) in the least, but sincerity. 🙌

I no longer have to read between the lines or wonder about the hidden meaning behind someone’s words. You can take a compliment at face value. This say-it-like-it-is culture also taught me to be more honest about my feelings and opinions and to get to the point quicker. I find it refreshing.

READ MORE | Dutch directness: 5 questions you’ll get in the Netherlands (and how to answer them)

From my experience, Dutch people are friendly and open — they just like scheduling their lives. Sure, this habit might hinder spontaneity but it gives more certainty in life, as appointments are most often kept or apologies are given well in advance.

After-school playdates are a different story, as the children organise these during school hours, and as a mere courtesy, inform us as parents when we pick them up from school. Goodbye schedule, hallo spontaneity!

I am a New Zealander by ‘adoption’ but a South African by birth, which means I can also speak Afrikaans. As Afrikaans derives from Dutch, I thought it would be pretty easy for me to learn.

Although there are some similarities, there are even more differences in grammar, pronunciation, and vocabulary.

My Afrikaans knowledge tends to hamper my learning. I often think I’m doing well until I see complete confusion in the other person’s eyes, followed by “wat zeg je?” (what are you saying?), and I realise I’ve used Afrikaans, or my pronunciation is not nearly guttural enough.

The fun thing, however, is that quite a few innocent Dutch words and sayings are a bit rude in Afrikaans. A poes might be fluffy but indeed not a four-legged, domestic animal, and a doos is not the container you use to pack your belongings. Both words relate to a much-loved Dutch profanity (apparently not as strong as its English counterpart), which is often used when referring to things like the weather.

Speaking of weather, I could write a book about the weather in the Netherlands and how often people — including me — complain about it.

In fairness, few things beat a beautiful summer’s day in the Netherlands, when you can enjoy borrels (drinks and snacks) with friends until late in the evening (as the sun only sets after 10 PM).

Stepping on crunchy leaves on a crisp autumn morning is also magical. These experiences keep me going as I all-to-often battle the elements of wind, rain, sleet, snow, and then some more rain and wind on my bicycle — all during the same journey. 🥲

What things did you learn after arriving in the Netherlands? Tell us in the comments below!

Editor’s Note: This article was originally published in December 2019, and was fully updated in February 2022 for your reading pleasure.

Feature Image:Depositphotos
Previous articleWhy I love Haarlem: a local’s guide to the Spaarnestad
Next articleIn solidarity with Ukraine: more than 15,000 protesters at Amsterdam’s Dam Square 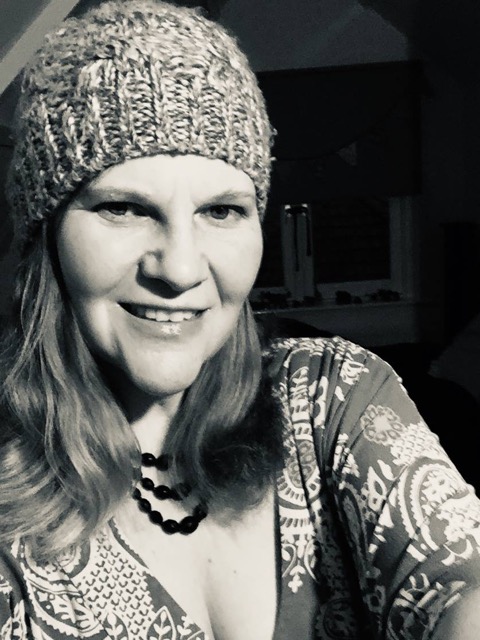 Magdalena Laas
Magdalena is a psychology and education graduate, toying with the idea to eventually obtain her PhD. For now, she's having fun telling stories, be it with words, stills or moving pictures. Born in South Africa, adopted by New Zealand, and welcomed by the United Kingdom, she's currently learning to cycle with an umbrella, in the Netherlands; with her husband, son and well-travelled cat, Juno.

The Netherlands is famously known for being a die-hard football nation — but did you know that the country also...
Culture

The Netherlands is known worldwide for its canals, tulip fields, windmills, red-light districts, and coffee shops. However, that's far from...
Buying

Buying an old vs. new house in the Netherlands: the key differences

So you’ve decided you want to buy a home in the Netherlands, great! Now, which will it be? A characteristic...