Living in the NetherlandsFinancial
February 23, 2017 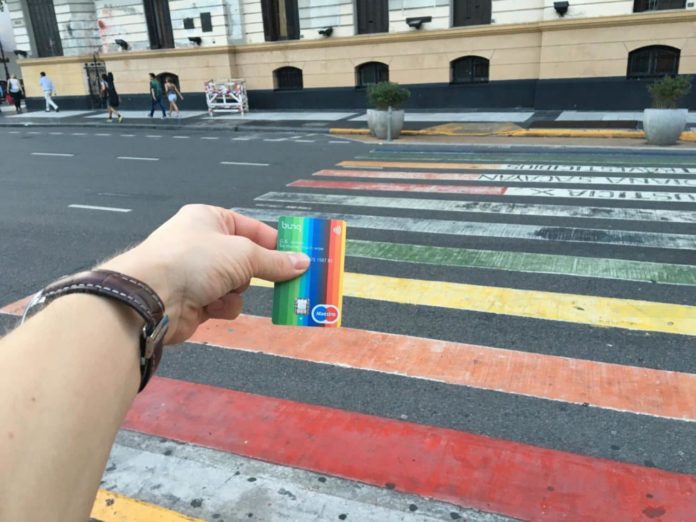 How using bunq will make your life in the Netherlands easier

If you have recently come to the Netherlands, and are planning to semi-stay, I would guess you have a bunch of stuff you want to do. Most of which probably has something to do with seeing Instagram worthy sights such as the Markthal.

But once you’ve properly settled in and seen the tulip fields, it’s probably time you look into somewhat more serious matters. And if including sign up is on that list then life just got a bit easier, because bunq, a fancy, mobile, and fully licensed banking app, has just launched a campaign for you internationals in the Netherlands and it’s pretty damn amazing!

So what is bunq, exactly?

Founder Ali Niknam decided one day that banking could and should be better. So he took matters in own hands and bunq arrived on the scene in 2015. Through hard and relentless work, the Dutch Fintech start-up became the first company to acquire a banking license in the Netherlands in 35 years!

But just being new doesn’t make you great. Making direct real-time payments possible, putting smartphones first and actually having helpful and responsive customer support, however, definitely does. Unsurprisingly, bunq became a hit in a rather short time – and not just because including sign up and takes only a few minutes!

Ali likes to look at bunq as a tech-company with a banking license rather than an actual bank. And like many tech-companies bunq is also jam-packed with people from all over the world (they’re hiring!). With so many people from different nationalities on board, it was a logical step for bunq to reach out to the many internationals in the Netherlands.

So what’s so nice about it?

I hear you thinking in your sarcastic voice “So it’s super easy you say – could you be any less specific?” No problemo! Here are 6 reasons that make bunq the way to go for expats

To quote from their own story: “your money stays yours. We won’t use it for risky investments”. Well, while Donald Trump is getting ready to destroy all the hard work done by protesters up in North Dakota by allowing construction of that wretched pipeline, you can rest assured that there are no dubious investments being made with your hard earned cash. I don’t know about you but I kind of like my money not being used for shady purposes.

They also recently introduced a Green Card, which allows you to plant trees with every 100-euro purchase. Plus, the card is made from stainless steel, which lasts much longer than the plastic version.

No dreaded walk to a branch-office of a mind-numbing bank and re-checking all your information four times. All you need to open an account and join bunq is a smartphone, bunq then uses video on-boarding to verify your identity (apparently they haven’t seen Face Off 😉 ). If you live in the EU you can open an IBAN bank account even before moving to the Netherlands. It’s all done in less than 5 minutes.

Already got a bank account in the Netherlands but want to use bunq anyways because all your friends have it? That’s even quicker and shouldn’t take more then 3 minutes.

3. Paying anybody is super easy

So you paid up 7 euro 50 for a ticket for a friend of a friend and now that person will probably never pay you back. Somehow we’re just too lazy to chase those small I-owe-u’s with acquaintances (guilty!). So bunq has this function called ‘request’ where you can hit up anybody by their IBAN, email-adress or phonenumber. bunq says it’s person-2-person paying instead of account-2-account, I’m just happy I can get my mates to pay up in under a minute.

And then there’s the actual realtime paying, also between different banks, this way when you’re picking up or selling something on ‘Marktplaats’ there’s no need for awkward fiddling around with cash and change, you can just do the paying right there and then.

4. They created Slice Groups, which allow you to share your bills the Dutch way

Slice Groups is another great bunq feature, and it’s for groups of people who go out together and want to make sure everyone pays their fair share of the fun. It’s default to evenly split the costs, but it’s really simple to have that one friend who drank thrice as much as the others to pay thrice as much as well.

Why is this bill splitting app so great you ask? (clearly you’re not Dutch)

I can’t count the numerous wishy washy solutions me and my roommates, college-mates and family members (what? We’re a thrifty family) had in order to keep track of shared expenses. And as a good Dutchie it was driving me insane that I ‘lent’ 1,29 euro to a flatmate for a carton of milk knowing I would never get it back because it was just too much trouble. With bunq I can simply send him a request for the money, with Slice I could let him pay for half of it.

Going to the supermarket for shared dinner and fronting the bill for all? Easily ‘slice’ it up! At a terrace and don’t want to be haggling the waitress to individually pay your 8,56 for those two drinks? Digitally haggle your friends for the money!

Nowadays just setting up a group before partying has become a positive habit, allowing for more partying and less worrying about who’s paying what – good stuff!

Just because there isn’t a physical building to walk into doesn’t mean there isn’t somebody to ask for help – au contraire. Just a push of a button away is a customer service that is fast, really helpful, not bureaucratic and actually human. And I shouldn’t even have to say this, but English comes natural for them. They are also there for you in the weekends, which is good because paying people is something I take care of on lazy Sunday’s.

6. No monthly banking bills for your accounts.

I just hate that moment every few months when the bank deducts 10 euro something just so I can store that measly amount of money that is paid by the evil DutchReview corporation.

bunq turns the business model completely upside down and only charges you when you use certain features. All of the online stuff is free. Actually everything that doesn’t involve your ‘pinpas’ is free. You don’t start paying money until you order and use their debit cards. The first one is free, and you’ll be charged a euro per month for card transactions. A more detailed overview of the costs involved can be found here.

The ‘trick’ of course is to pay more by phone. Modern day tech makes it easier and cheaper to get through a week by only using your debit card once or twice.

So if you’re really into paperwork and giving over your hard earned mula to the ‘man’ than bunq might not be the thing for you, but if you just need a Dutch bankaccount with all the possibilities of today then read more here or just download the app on your Iphone or Android device.

7. The variety of accounts

bunq offers something for everyone: Joint Accounts for when you and your partner want to split expenses, as well as Business accounts if, well, you own a business. Plus, bunq is great for travelling as a result of its TravelCard: a MasterCard that doesn’t get declined everywhere when you go on holidays (we can all get behind that one, I think). Plus, bunq’s digital platform has been engineered so that it is easy for you to spot fraud, or to cancel your card if you lose it while travelling.

Any bunq-users out there already? What do you think of it? Feel free to share in the comments!

Have you just moved to the Netherlands? Perhaps you’re currently trying to navigate your way through the endless maze that...