Healthcare in the Netherlands: Is it really that good?

Healthcare in the Netherlands

After 6 years of navigating the system of healthcare in the Netherlands, I can say that, although better than that in the US, it still leaves a lot to be desired. It is relatively expensive, compared with its European neighbors, and the quality of primary care is marginal, at best. It excels at treating serious and catastrophic illness. However, as far as regular, preventive health care, it’s got a lot of catching up to do. 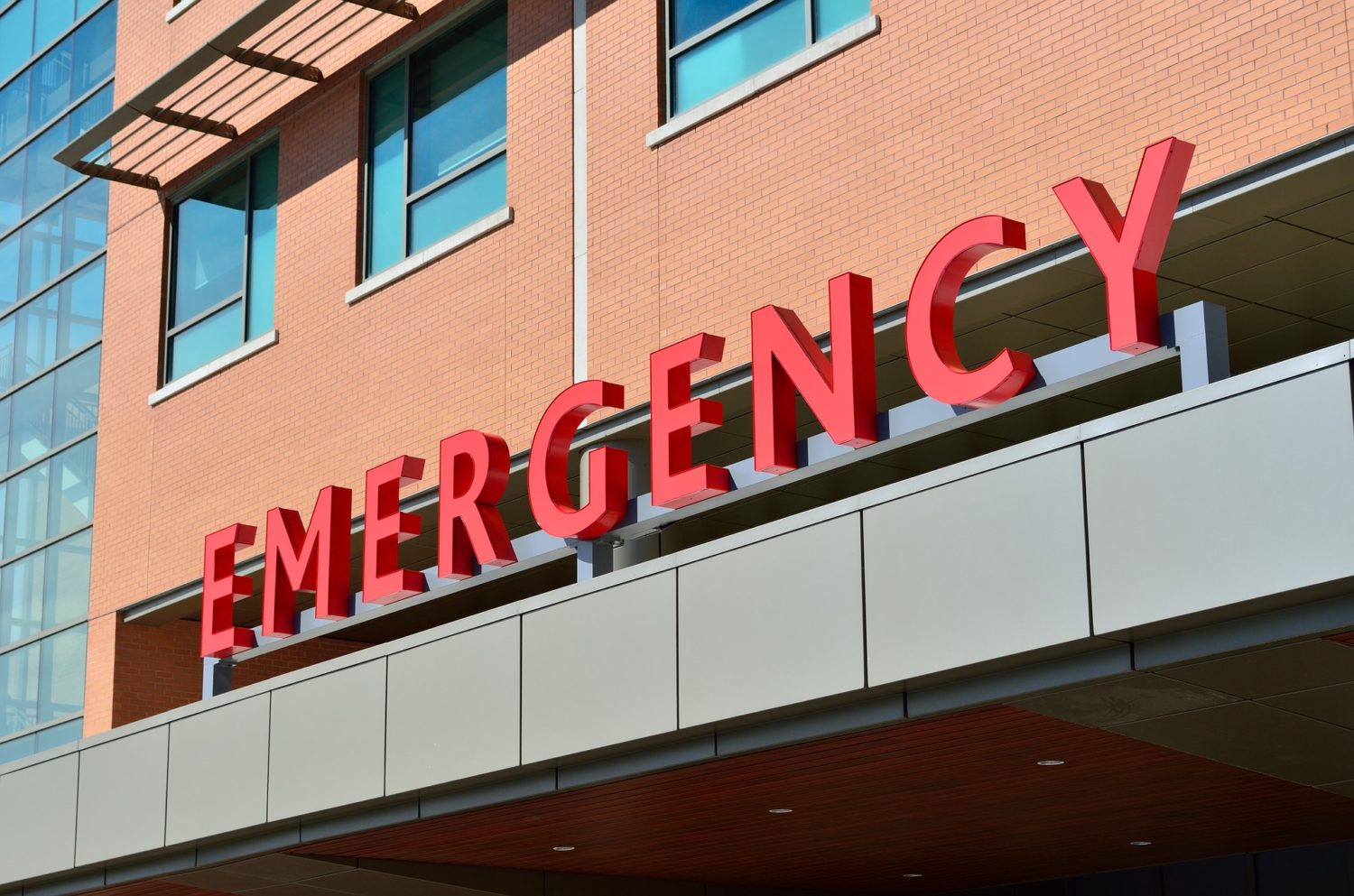 Healthcare in the Netherlands supposedly among the best in the world — but according to whom?

Amazingly, the Dutch rate their health care very highly. They must have low expectations. The Netherlands was number one on the Euro Health Consumer Index in 2015 for its health care system. It has also been listed in the top 3 European countries since 2005. It may be the best system in terms of economics. However, I’m not so certain it works well for everyday patients.

Dutch huisartsen (general practitioners) are notorious for sending you home from an office visit with advice to rest and take a paracetamol. Come back in 2 weeks if you’re not feeling better. This goes for everything from a sore throat to an amputated limb (ok, that may be a slight exaggeration). You have to have one foot in the grave for your huisarts to either prescribe an antibiotic or to send you to see a specialist. Now, I am not someone who believes in prescribing antibiotics for every minor illness, but for bacterial infections they are sometimes necessary. The same goes for pain meds and anesthetics. The Dutch seem to believe one needs to suffer for a while before doing anything proactive.

Your huisarts is expected to handle most non-catastrophic health issues him- or herself. I personally don’t see how a huisarts could conceivably know about every aspect of medicine enough to treat it personally. They do everything from minor gynecological procedures to the surgical removal of moles right there in their office — which all needs to be accomplished in a typical 10-minute office visit (gesprek). If you think you will need more than this amount of time, you need to request a double-gesprek in advance. In my experiences with doctors in both France and Spain, the typical visit lasted at least 20 minutes.

Preventive care is rare here, certainly in terms of women’s health. For example, in the US and in France and Spain, it was typical to get a test for cervical cancer at least every 2 to 3 years. Here, insurance will only pay for one every 5 years. Hormone replacement therapy is also rare here, as most GPs are still following outdated guidelines, based on a flawed study from 2002.

No huisarts I have encountered has been up-to-date on more recent medical knowledge, which I suppose is not surprising, given they must wear any number of medical hats at once. Which of them has any time to read the most recent research? Nevertheless, they are extremely reluctant to send you to a specialist who might be more current with specific medical issues.

Unlike countries such as France and Spain, where a percentage of people’s income taxes pays for universal health care, every Dutch resident is required to buy their own health insurance (zorgverzekering) on top of the taxes they pay to the government. Most standard insurance packages cost around €100 a month, which covers basic health care (trips to the GP, hospital, referred specialists and many prescription drugs). Like in most countries, you can add on additional coverage (aanvullende pakket) for things like dental care, chiropractic, physical therapy, etc. Fortunately, premiums in the Netherlands are not related to age, sex, or health status. Everyone is responsible for a minimum annual deductible (eigen risico) of €385, and the Dutch insurance companies pay for everything in excess of that amount.

For those with a low income, the zorgtoeslag is a program that helps pay for health insurance; in 2016 it was available to those who earned no more than €27,012. The benefit ranges from €2 to €83 a month, depending on your income. You can apply for the zorgtoeslag by visiting the Belastingdienst webpage (in Dutch only) and entering your DigiD. An English translation of the form is here as a guide, but you need to complete the official form in Dutch.

Once you’ve sorted you insurance…

Once you have your insurance, you are required to register with a huisarts, through whom you must go if you want to visit any type of specialist, including a gynecologist, dermatologist, etc. If you choose to visit a specialist without the prior approval of your huisarts, you must pay for the visit yourself and try to get reimbursed from your insurance company.

Although you can freely choose your insurer, you are only allowed to change that company once a year. This is during a short window between mid-November and 31st December. One day later, and you’re stuck with the same company you had until the following year. There is a mad rush at the end of each year for people to switch companies so as to find the most affordable policy, given they almost always go up in cost.

One useful site to use to find health insurance, particularly for expats, is Independer. It’s great for comparing various insurance packages as well as easily switching to a new one at the end of the year, should you so choose. You only have to enter your birthdate, sex, and postcode and they will present you with a range of insurance packages from which to choose. They take care of the legwork in canceling your old insurance policy and in getting you subscribed to a new one. The website is only in Dutch, but you can either use Google translate or you can call and speak to one of their English-speaking representatives.

If you are someone who rarely visits the doctor, insurance is relatively costly. If, however, you need significant medical care, you’ll be glad you live here instead of in America.

Where healthcare in the Netherlands excels

Healthcare here is certainly better than in the US, where a typical uneventful non-Caesarean birth costs upwards of $10,000. An unexpected trip to the emergency room or a diagnosis of cancer can bankrupt people. Literally to the point where they lose everything they own.

A case highlighting the benefits of the Dutch health care system is the experience friends of mine had when their son was born. Baby Q was born at full-term via C-section, but was “small for gestational age”. They found his blood sugar to be dangerously low, so they put him on a glucose drip. When he still did not improve, he was transferred to a teaching hospital for special care. He remained for a month, with two weeks of that in the high-dependency neonatal ward. During that time, they discovered a heart murmur in the course of some routine tests and ran some visual scans. It turned out he had a hole in his heart that was going to need surgery.

After a month in the hospital, baby Q had finally gained enough weight to go home. Two weeks later, he was readmitted to the hospital for his heart surgery, which went flawlessly. He is now a happy, bouncy, rosy-cheeked toddler.

His mother said, “During all this we had support from their child developmental staff, pastoral workers, a nutritionist, a pre-speech therapist, a world class surgeon, pediatric home nurse when needed, and incredible nurses, consultants and trainee consultants. The child developmental worker held my hand when I was in the OR holding my baby’s hand as he was given his first bit of anesthetic before his big operation.”

She added, “Bar a few communications issues, we had stellar support and amazing care. Our insurance even paid for special formula and all the stuff that came with the food pump we had to have in the house to feed our son for a month or so.”

What was billed to them for all this care? (I can imagine Americans cringing at the thought). Nada. Zip. Zero. The only things they had to pay for were the few meals baby Q’s dad ate when in the hospital. These were only €30 for 3 meals per day. All children under age 18 are automatically insured by the government.

The total cost to their insurer was about €60,000. This included the birth, the hospital stay for both mother and baby, tests, treatments, and follow-up checkups. They did not have to pay a penny of this over their premium and the annual €385 deductible.

So that’s healthcare in the Netherlands in a nutshell. There are far worse countries in which to be ill, but don’t expect your doctor to be sympathetic to pain.

Looking for an alternative view? Check out another of our articles defending Dutch healthcare. 😉

Previous articleFive relaxed places to eat in Leiden
Next articleWinter is coming! (to the Netherlands)

You’re an international living in the Netherlands, and you’ve just said yes to a date with a Dutchie. Then, the...