Piracy: the Dutch vs the rest of the world

Living in the Netherlands
November 5, 2013 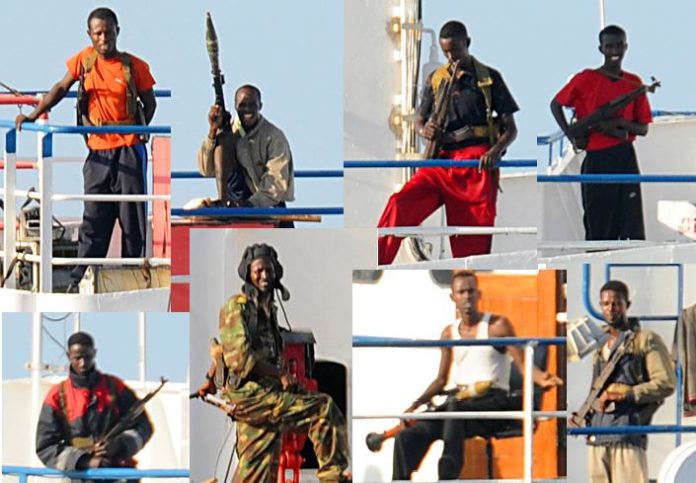 Piracy. What was your association when you first heard the word? Even with the (relatively) recent popularity of the Pirates of the Caribbean franchise, I have a slight feeling your immediate thought was not “ye olde arrrgh! Pirates”, with parrots on their shoulders and eye patches on their bearded faces. It probably wasn’t even the more-real, albeit less romantic, Somalian pirates. No, when you read piracy, most of you thought of a far more relevant issue – internet piracy.

In the wake of the news that one of the most popular sharing websites, Isohunt, is being shut down, I think this is a good moment to examine the effects of internet piracy in Dutch society – especially, and as usual, through the prism of my immigrant, undoubtedly and unabashedly Serbian eyes.

I won’t go into a long soliloquy about life in Serbia (yet again) but context is everything – and I think it is important to look more closely at a factor hugely important when talking about piracy…and that is mentality.

When I was a kid, piracy wasn’t a really a thing; not because internet piracy was in its infancy, but because piracy was THE DEFAULT. Huge markets with pirated, bootlegged CD’s were the norm – when I wanted to buy music of films I’d just pop by to the CD market in front of the SKC (Student Culture Center) or to any of the many locations where such CD’s were sold. Original, non-pirated, CD’s weren’t even an option – and even when they were, no one in their right minds would want to pay such a large amount of money for something as trivial as music or films. Remember, this was a country still wracked by economic crisis (and so on and so forth…). At one point there were even official stores, featuring pirated CD’s with fully printed album art and the like, albums you could purchase for 200 dinars (2 Euros or so). Long story short – PAYING for music or movies was an idea that died with the older generations of Serbs that bought vinyl records. Piracy was already rampant in the tape days, and by the time we got to CD’s came the CD street-sales and the like. To most recent generations of Serbs, piracy was not even a word, it was the way it is – the default.  Until recently, the idea of PAYING more than 10 Euros for a video game was still anathema to me. Same goes for music – and let’s not even get into movies!

So where does that leave the Dutch? Indulge me in following this fictional story.

Imagine a Serbian immigrant. For the sake of me not ever going to jail and or paying fines, let’s call him Dragomir – because that name sounds like a character from Skyrim, and is a perfectly legit Serbian name.

Dragomir moves to the Netherlands and is offered a very weird change in perspective. Namely, all his friends, the people around him that he would assume are just as hesitant about this “paying” business, are BUYING MOVIES, MUSIC AND GAMES! – for INSANE (to Dragomir) amounts of money. Even if you COULD afford it, why would you ever pay for these things when they are, by right, almost free for all – thought Dragomir. Dragomir could understand older people, the moms and the dads, paying for this stuff – they were born pre-piracy days. But Dragomirs friends? Teenagers! What was this insanity?!

Soon, Dragomir came to learn something about the Dutch – they are pretty law abiding and, for lack of better term, neat folk (speaking of neat, here is a shameless plug). The same logic that leads every Dutchman to neatly chip in and out with his OV card (more on this in a different post) also guides their buying habits – if it’s easy, if I can afford it, if it’s actually LEGAL – why NOT buy this product, movie, game? When presented with a free alternative (or a free anything, actually) a Serb will grab it like his life depended on it – I know, because I have this same, almost primal-survivalist trait. A Dutchman, however, won’t bother unless there is significant gain (“ok well that IS bloody expensive! Hm, are you sure we can…just get it free?”) – at least in my experience.

It took a long, long time for most Videoland (or other DVD rental places) to die out in Holland. People were, until quite recently, diligently paying 7 Euros to rent a new movie DVD for three days. Why? Because of this law abiding mentality.

I’m making it sound like it is a bad thing, aren’t I?

Well, in theory it is not – everyone should obey the law. Most people in a, dare I say “civilized, society will have a certain trepidation when downloading illegally, or “stealing” – be it because of actual moral guilt, or because of fear of reprisal.

And here we get to the crux of the matter – the law. Most of you that live in Holland have by now noticed Piratebay is blocked by most (if not all) Dutch internet providers. Isohunt is now defunct. It is becoming harder and harder to illegally download stuff – and that is a good thing for people who earn money on music or movie sales, for one reason: if you take away convenience, illegal downloading will suffer. Most people will, if they are financially stable, rather simply pay for easy access to music and movies, than bother with torrents and downloads. Moreover, most would rather pay than risk persecution and hefty fines. Only recently has my good friend Dragomir told me he caused his buddy in Germany a lot of woe by casually, during a party, using his friend’s laptop to download a movie they planned to watch that night. The German friend was outraged – the anti-piracy laws in Germany are far more stringent than the ones in Holland, and he has already received a warning. Tough times.

So where does that leave piracy, and piracy in the Netherlands? As Europe begins to crack down on internet piracy, one thing remains clear – as long as there are countries like 90’s and early 00’ Serbia, piracy will remain. As long as the mentality of Free-Art-for-Everyone (or porn!) exists, so will piracy – and this mentality will stay pertinent because the internet connects all countries. So while the Netherlands might fast approach Germany with their strict laws – those who wish to walk the thin line between theft and freedom, and risk punishment, will be always free to do so. For the rest, there is always the option of taking off the eye patch, killing that parrot and simply paying for your boat-fare – nice and easy.

Mateja Vidakovic
Matt Vidakovic has a hard time thinking of witty author blurbs. He runs a self-serving rant blog called No One Cares, Matt (noonecaresmatt.blogspot.com). Add him on Facebook or Twitter if you want to check if he is good looking.