On frying and fietsen: 5 reasons why the Dutch aren’t fat 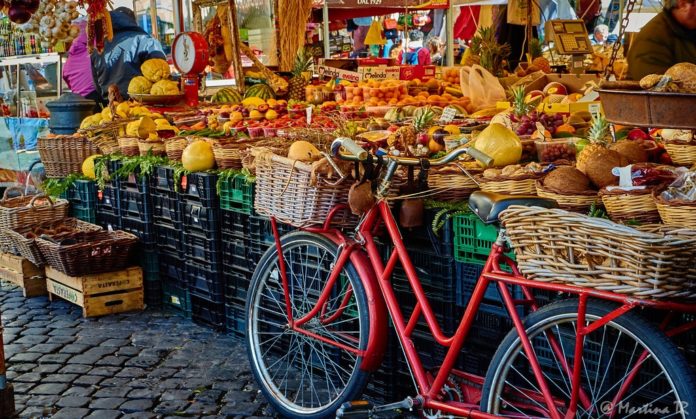 Unless you live under a rock or stroll through life with a pair of rose-tinted glasses on, it is no secret that society (particularly in the Western world) is getting chunkier as time progresses.

Dubbed the ‘fat man of Europe’ the U.K tips the scales as being the fattest nation in Western Europe. Now, while this unflattering label stings a little, it is hardly surprising that a nation renowned for heavy drinking and fish ‘n’ chips produces some of the…squishiest people.

However, when comparing dietary habits with others, at face value this seems a little unfair! After all, the nearby neighbours from the Netherlands are well documented as living off bread, fries, stroopwafels and basically anything and everything that can be thrown in a deep fryer.

Yet the clog wearing, cheese-loving inhabitants of this nation are perceived to be on average (and rightfully so) lean, long, slender people who are able to jump on their bikes without busting the tires!

In fact, a few years ago the World Health Organisation released a report predicting that the Netherlands may be the only nation in Western Europe that will either reduce or maintain their obesity levels by 2030, instead of inflating them like many of their neighbours!

So, how can the Dutchies enjoy all this yummy food and drink without resembling their ballooning British counterparts, I hear you cry?! Below we have just a few reasons of how and why the Netherlands is able to keep its BMI levels at bay.

Two wheels instead of four

Lets kick things off with the obvious, the Dutch love to cycle! It is no secret that daily exercise contributes to a healthier way of life and thanks to great cycle paths, general respect for those travelling on two wheels and of course a flatter landscape; cycling is one of the most popular forms of transport in the lowlands.

Cycling is not only eco-friendly, but it also allows you to burn off those extra calories picked up from sprinkling hagelslag onto your morning sandwhich!

Aside from the indulgent dishes that Dutch cuisine is famed for, the Netherlands is on the whole pretty darn healthy! A quick trip to Albert Heijn will involve wandering around aisles of predominately fresh produce and while the supermarkets stock their fair share of snoopjes (sweets), the frozen section (usually filled with ready meals and other such delights) is decidedly smaller than that of British supermarkets.

The ‘Good Enough to Eat’ survey, conducted in 2014 even placed the Netherlands at the top of its tables as the healthiest country in the world to eat! Based on quality, quantity and affordability of food, coupled with lower food-related health problems (obesity & diabetes) the Dutchies appear to have it the best when it comes to mealtimes!

In addition to the beloved fiets (bike), the Dutch take great pleasure in playing sport on a regular basis. Whether it is voetbal, volleybal, korfbal, vechtsporten, zwemmen, schaatsen, hockey, tennis, paardrijden, badminton, zeilen, etc. etc., most people enjoy weekly training sessions with a match taking place on the weekend.

Not only is sport good for getting the blood pumping, but it is also great for socializing and with over 9 million people actively taking part in sport across the Netherlands, you really are missing out if you are sat on the couch!

Now, the Dutch are known for being rather frugal (or sensible) with their cash – ever heard of Going Dutch when splitting the bill on a date?! Well in some regards, this pragmatic approach to finance also applies to food. When grabbing a sandwich, a slice of bread and ham/cheese is often enough to fill the lunchtime hunger.

The sentiment of ‘just take what you need’ is one thing that keeps Dutch portion sizes down and in turn the nations weight. That is not to say that the Dutch sustain themselves on micro portions, but rather that the normalized ‘supersize’ servings you see increasingly across the U.K and America are less prevalent here. So even if you do fancy snacking on some tasty kibbeling or patat, you will more than likely receive a normal portion size, intended for a normal person!

A common factor attributed to the increasing weight of modern society is the busier nature of our daily routines. Ever rushed out of bed, thrown on some clothes and headed to work without your Weetbix? Grabbed lunch on the go in between classes? Or finished work late and settled for a take away in front of the TV?! Pretty sure everyone has been there.

However the Dutch hold the tradition of eating at the table and making time to actually eat at said table, quite highly. Families often eat the ‘most important meal of the day’ together before heading out to school or work (on their bikes) and catch up with each other over dinner at a sensible time in the evening. This cultural quirk is so ingrained in daily life, that it is considered rather rude to call (in person or over the phone) upon a house during dinner time!

As a result of taking a little more time when eating, the Dutch are able to fill themselves up with all the good food they have at their disposal and keep their bellies happy, but not bursting!

How do you think the Dutch lead the way in keeping the kilos off? Let us know in the comments below!

Previous articleCandidate Eelco Keij and the International Vote: a closer look
Next articleCats in the Netherlands: Are there more cats than people in The Netherlands?