Working in the Netherlands – Three things you need to know

Living in the NetherlandsWork
January 16, 2017 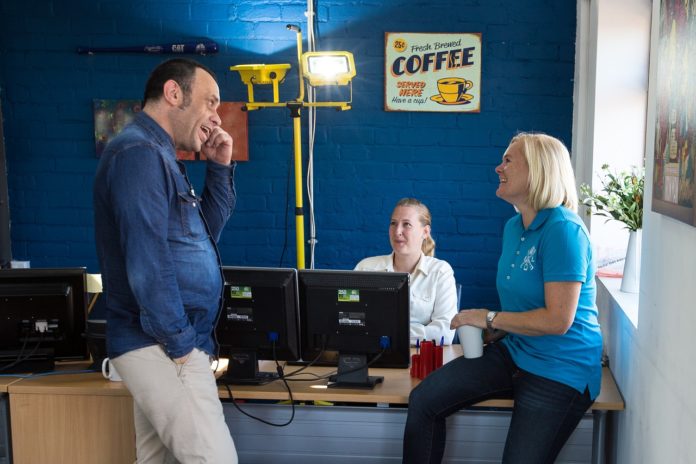 The Netherlands, as a wealthy European country with happy people, seems like a great place to work at. Today at DutchReview, we look at what working in the Netherlands is actually like.

First of all: are there jobs to actually find here? In terms of unemployment, the Netherlands has one of the lowest rates of the European Union with a 5.6% of unemployment. This is the 6th lowest rate, compared for instance to the 9.5% of France, which makes the country even more attracting. Another good news is that there is also an increase in the employment, which is good if you are indeed looking for a job. Would there be more to this country that windmills and tulips? Yes there is.

The average working week is 40 hours, which means 8 hours a day. Of course lunch break does not count as working, so you will spend around 8.5-9 hours at work. Even for lunch break there is no time to be wasted, as lunch breaks usually last 30 minutes. Which I find great, I used to find my 1h30 of lunch break to be very long while I could have done something productive – but lunch break not counting as work, I also tend to avoid working for free. 30 minutes is more than enough to eat a kaasbroodje anyway. After a few years here, I still don’t know how can people eat that everyday.

Anyway, by comparing the number of hours Dutch workers actually work, however, it gives us an average of 1420 hours a year, which roughly means 28 hours a week. Indeed, it is very common here to have a part-time rather than full-time job. Compared to the other OECD countries, the Dutch seems to be working less and less than the OECD average of 1763 hours per year. Now this figure doesn’t actually say anything besides that thinking that maybe the Dutch are lazy, while it is completely the opposite. Literally no-one says the Dutch are lazy, and they even are very efficient. Why is that?

How the Dutch pave their ways 😉

The Dutch are known to be efficient, and it usually goes with actually not pushing the people too much. By that, I mean that they are not going to force you to stay at your desk the whole day until your file is done. Indeed, you can often work from home – and they trust you enough to really believe you will actually work. Which you then do, because you do not want to lose your employer’s trust. As long as you do the job, and the amount of hours specified in your contract, you can kind of adapt your schedule, such as work more during the four first days of the week so you can have your Friday off. Or work from home every Wednesday.

I, for instance, often heard that this is not a ‘9-tot-5-mentaliteit’ here. Which means that even though you might indeed end-up working from 9 to 5, you can also work from 9 to 6 or less, depending on the work you have to do. As long as you work as much as you’re supposed to. You have to be more flexible here; the amount of hours is not what matters, but the work you do and the motivation you have. I find this to be a very efficient way of working. 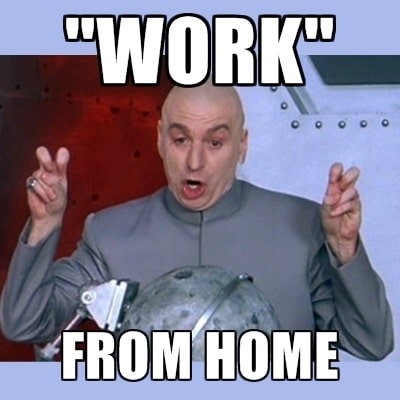 Working in the Netherlands while not speaking Dutch

I am one of the many foreigners that do not speak a word of Dutch besides my “hi, ja, nee, nee dank je wel, fijne avond” at Albert Heijn. There are between 39,000 and 75,000 expats in the Netherlands – meaning the foreign people actually working here. Why are those two figures so different while we are all registered and the Dutch bureaucracy will not leave you alone until your situation is regularized, I have no idea.

Besides that, there are around 500 000 internationals living here, which goes from the long-term expat to the one semester exchange student. That does make a lot of people, and among them probably a lot who do not speak Dutch. Therefore, the question “how can I find a job if I can only speak English?” is oh so common here.

I am not going to lie, as it is indeed much better and easier to find a job when you speak Dutch. Even if the job is done in English, at least half of your colleagues will speak Dutch and it’s nice if you can speak with them in their own language. Not to mention the paperwork that is done in Dutch, being contracts or taxes. There are also jobs you cannot do if you do not speak Dutch, such as the ones related to the government.

Yet, you do have many international companies, NGOs, or international institutions (mostly in the Hague) that are also hiring people not speaking Dutch, but for whom it can also be good that you speak more languages. Another available position for internationals is a PhD position. Very selective and not for everyone of course, but Dutch universities are very much English-speaking, so you can conduct research and teach in English. This is not a job that lasts forever though. Teaching English or your mother tongue is also an opportunity.

To conclude, I would say that working in the Netherlands is pretty nice, and can be doable if you don’t speak Dutch. But I would still advise to learn at least a bit of Dutch, even if just to be nice.

And if you’re planning on moving to the Netherlands: no worries, DutchReview has your back.

Previous articleNobody wants to be in a coalition with Wilders
Next articleFull wind ahead: Renewable energy, the Dutch way

Fall asleep in Amsterdam, wake up in Vienna: new night train coming to the Netherlands

Fancy eating a slice of Sachertorte in Vienna or strolling through the streets of Innsbruck with the snow-covered Alps in...