This week: the Amsterdam Dance Event

Cheese, weed, the Red Light District, canals and Van Gogh. There’s a lot of stuff which makes Amsterdam attracting for a visit, and this week you can add ADE to it: the Amsterdam Dance Event. 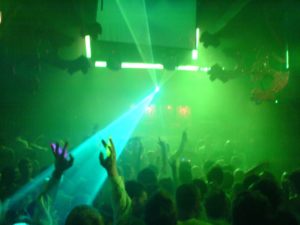 Its one week full of parties all across town, more or less the festival season prolonged but indoors. Expect lots of electronic music and lots and lots of people popping pills. The Amsterdam Dance Event has become a nice tradition for the autumn. It’s ofcourse no coincidence that such an event is being organized in Amsterdam. Armin van Buuren, Tiësto and Afrojack are just a few of the Dutch DJ’s who dominate the international dancing scene for the last decade. The Dutch dancing scene also generates a turn-over of 600 million euro and the sector has created more than 7000 full-time jobs. Not that bad for a bunch of boys screwing around with a laptop and some beats ey?

Can’t enjoy dance music? Or anything else? And you feel like you’ve could have done a better job than this article? Than just stay home and rant on DutchReview

It’s that time of the year again. One of the holidays Holland is best known for. We celebrate our dying...