5 Things about the Dutch Election Results

So the day after, what’s there to say about the Dutch election results?

I can get why the American media is gone after an hour the results are in, it’s either ‘A’ or terrifying  ‘B’ that wins in the US. No middle ground there, but here we have potpourri of results and all kinds of possible governing coalitions for the future. So let’s help you international readers make sense of this multiparty system and our Dutch election results.

Yep, he won! Sure, not projected win of 40 seats of a few months back, and the right wing competitor of the VVD is now by far the biggest party. But Geert ‘No Plan’ Wilders won a few seats and still has like 15% of the people voting for them. As it stands now, he’s also not going to be in any coalition, so for now his dirty populism power drive is checked. He did however drive the locus of Dutch politics more to the right.

2. The Dutch election results themselves

So big is the relief of Wilders not winning this one that we completely forgot to look at the more of less definitive results, seats might change by 1 or even 2. For example, this upcoming Tuesday we will know if Eelco Keij from D66 and his preferential campaign won him a seat in parliament.

And more interesting if you care about your own region, here’s how the country voted. Notice those D66/GL bubbles, probably where a lot of our readers are at.

Morning! Here are the final results of the Dutch election. Look at those #d66 and #gl bubbles pic.twitter.com/fBqMuPD2kA

The NOS has a nice tool with all the results. Oh, and this is the Dutch election results according to age groups: 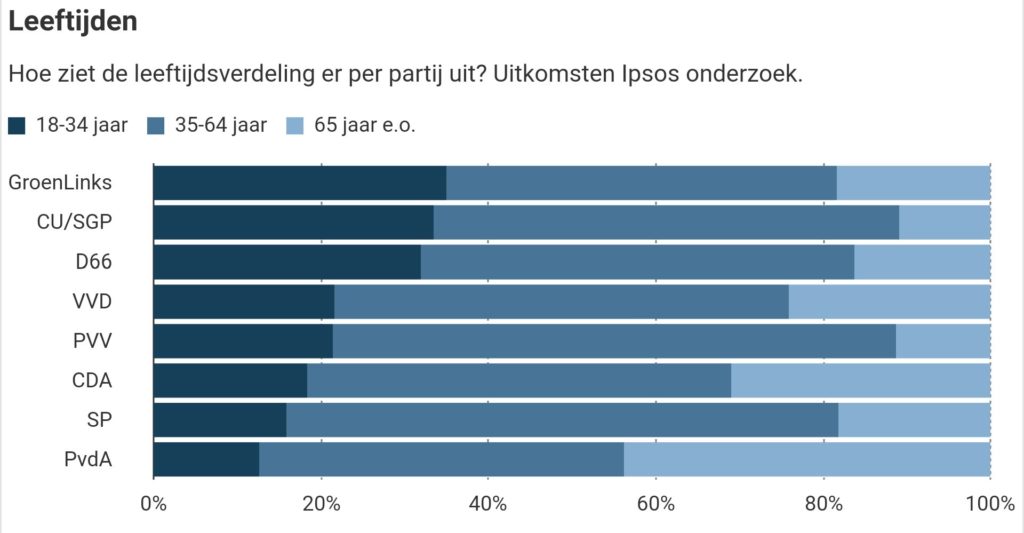 3. The PvdA is WRECKED

Normally one of the three biggest parties, and the dominant force in the nineties – the PvdA is decimated and goes from 38 to a measly 9 seats. They took several hits:

4. The Netherlands has become a bit more right-winged and conservative

There may be some rejoicing with Wilders not winning the elections and Jesse Klaver scoring a nice 14 seats. But if you look a bit closer you can see that conservative parties have a majority of the seats. The three biggest parties are right wing parties and the VVD is double the size of Jesse Klaver’s Groen Links.

And while economic policies will probably continue as business as usual, it’s spells a dark future for progressive liberal plans regarding the liberalization of soft-drugs, euthanasia and the organ donor law.

5. Some cities really live in a liberal leftist bubble

Do you live in Amsterdam, Utrecht, Leiden, Groningen, or Delft? Welcome to D66 and Groen Links country you can now see that very same progressive bubble in these cities as you saw in New York and Los Angeles. Funny thing is that the influence of these cities in the media is so big that you would think way more people vote for these progressive parties. Guess not. 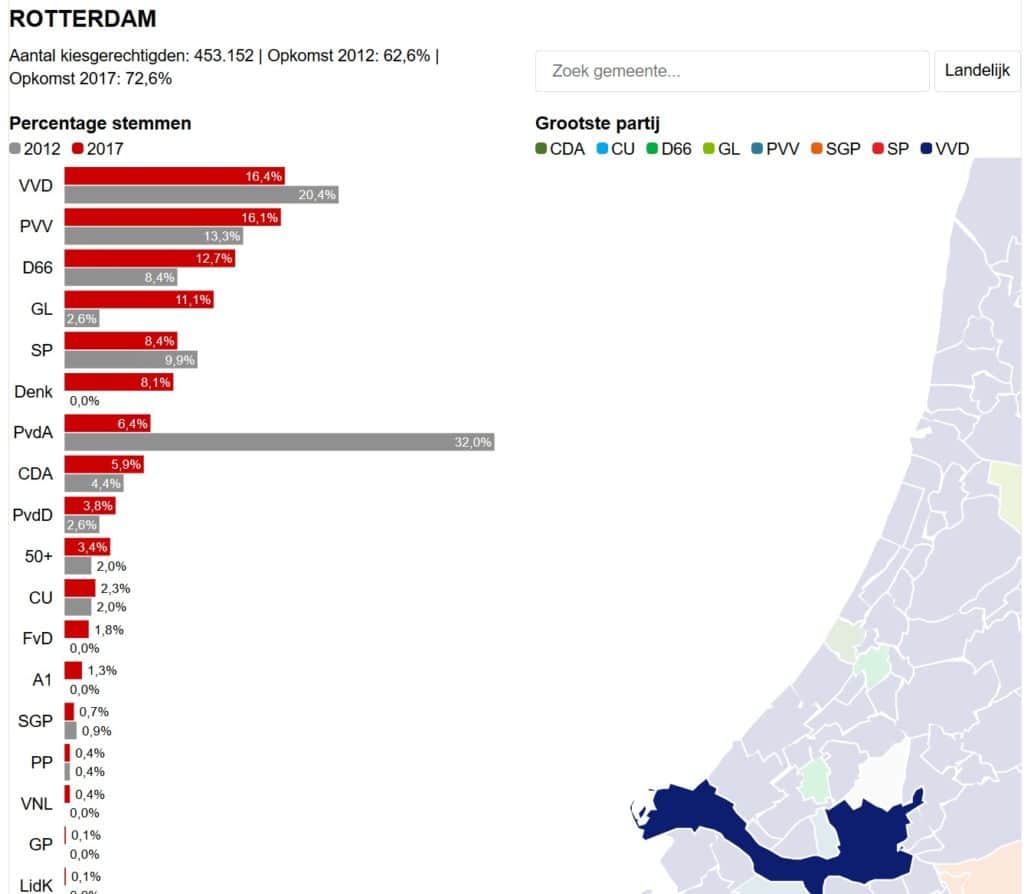 No such troubles in Rotterdam by the way, the VVD just clinches a win there – but barely because the PVV is almost just as big. The Erdogan lovers of DENK are bigger than the Labour party there in what used to be a Labour bulwark.

Anyways, more reflections coming up! Such as that crazy high turn-out! What do you think of the election results?

Dutch mayors call for a ‘fundamental review’ of coronavirus policy

Mayors from 30 municipalities across the Netherlands, including Amsterdam, The Hague, Rotterdam, Utrecht, and Breda, are asking the government to...