3 reasons the Dutch are vital to COP21

Facts you need to know

The upcoming climate summit in Paris aka COP21 might seem like a matter for our governments to resolve but there are things the layperson should know about the greatest emergency of our time. Believe me you want your future children to believe that you cared about their earthly inheritance.

For now let us keep our focus on the Dutch. Here are the top three things you should know about why their contribution is vital at the upcoming Conference of the Parties.

1. These folks have conceptualized an actual climate adaptation plan

Since before the age of clogs or windmills or Master painters they have worked on strategies to hold back the sea from destroying their resources. This is the tale that we all identify with, right. Now in the past we shared our admiration for their resilience and savvy in constructing these defences.

However, these flood matters are coming closer and closer to home for many of us in the current climate of things and we all need a strong arm to lead the way. And the Dutch are wielding a rock-solid plan – their National Delta programme 2.0.

The government has set aside up to €1billion a year until 2100 to upgrade its flood defences which include 3700km of dykes, dunes and dams. But get this, once they have embedded these new strategies into legislation they will have concretely achieved something that some countries are still struggling with conceptually.

They will have established a long-term, well-funded climate adaptation plan which aims to prepare the country for all eventualities. Buya! In agreement, we can all use some of that.

Now I know that header got your attention. And yes you can, thanks to a landmark court case instigated by an organization called Urgenda against the Dutch government. The premise of their argument was that the government has to protect its citizens against external threats, in this instance, climate change.

Dennis van Berkel, legal expert at Urgenda explained in the book Revolution Justified that they sued the government on behalf of 900 citizens for not taking appropriate climate action at the court in The Hague. Voila ladies and gentlemen, the Netherlands has paved the way once more for others to stand up for their rights.

Thanks to this #klimaatzaak, as it trended on social media, the Dutch government now has to reduce carbon emissions by 25% by 2020. From where I’m standing this case looks like it’s going to pack a punch in many future climate debates. It’s already started to.

3. This is the name to drop

For my final COP ‘pearl of wisdom’ I would like to present to you Yvo de Boer, director general of the Global Green Growth Institute (GGGI) and former secretary general of the UNFCCC. He is the go-to guy on climate issues in the Netherlands.

He’s like part of the furniture at climate conferences. Even the Copenhagen accord was produced on the back of De Boer’s meticulous work. The cherry on the cake, his commentary on the 2015 Paris talks has been the subject of international interest because he expressed confidence that these talks will produce an agreement putting the world on track to begin the process of limiting global warming to 2 degrees Celsius.

Oki doki, whose ready for COP21? 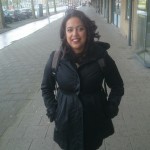