5 News Items you may have missed during Komkommertijd 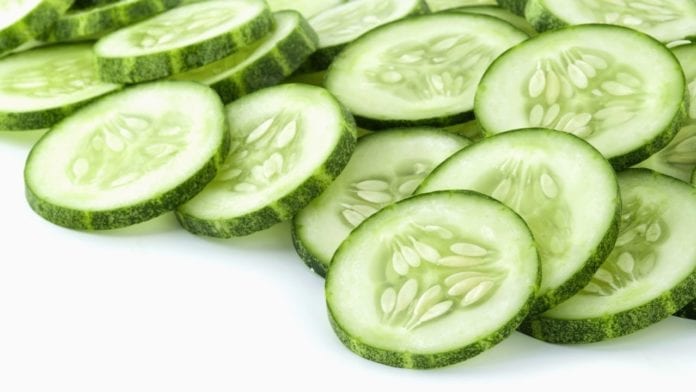 And the summer is over. Poef! Or is it? Damn this Dutch summer double bluff!

Well, it’s time to turn the press machines back on and catch you up on what you might have missed this summer in Dutch news. Usually our summer is Komkommertijd. Komkommertijd or cucumber time is our Dutch expression for the slow news summers where everything and everyone is on recess and the world just simply stops turning.

But nothing is further from the truth.This year the phallic waterblob posing as vegetable does not seem to be even remotely representative for this summers events. It’s been a pretty dark and moody summer. So its definitely been more of an…ehm….Auberginetijd? 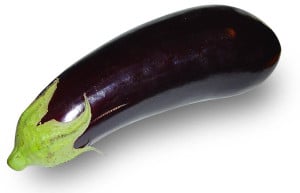 Well anyways…Here’s my top 5 news stories you might have missed this summer.

Yes, our biggest and most unexpected news story this summer involved the tragic loss of the passengers of flight MH17. In what is still an escalating conflict between Russia and the EU (read the US) rebels made the mistake of shooting down a passenger plane flying over Ukraine’s hot zone mistaking it for a military aircraft. Most of the world thinks it was Pro-Russian rebels, Russia is convinced it wasn’t and so the cold war is completely back on. Although it seems to be heating up. So maybe we should cool everyones hart with a warm island song… or wait?

193 Dutch people died and getting them back from the disputed territory was quite the ordeal. We however did have our National day of mourning when most of te bodies arrived back in Holland and I have to say: I am not always proud of my country, but on that day I was. In our sadness and mourning Holland can be beautiful and admirable. 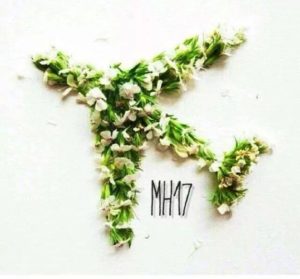 We don’t lash out, we don’t seek vengeance, we don’t become bitter.

We are a tiny country amidst a political game played by giants that suffered through the loss of innocent lives. We simply mourned.

And in the following onslaught in Ukraine the EU decided to cut more and more of its trade with Russia. So now not only are we suffering through the loss of 193 lives in the conflict, our agricultural industry is also losing for over 1 billion euros. The EU is trying to cover most of the financial loss. But can they?

For a country the size of Holland this is a pretty big hit to the economy, not to mention the surplus of vegetables we be left with. So anyone feel like joining in on a little tomato throwing fest?

So wait.. that’s whats been going on in Spain all those years?!?!?!

And then there was ISIS. When news first arose about it’s existence it almost sounded like a casting call for all extremists around the world to gather in one of the most conflict ridden places on earth. Then they started beheading, terrorizing and filming all of it and so the States is taking a trip down memory lane and has to use it’s military force against their own weaponry in that region for the second time.

Back in Holland a public civil servant working at the cyber terrorism department within the ministry of justice, miss Haifa, found it all a bit suspicious and became convinced it was a Zionist plot involving the States and Israel (and maybe even Syria) using a ‘hornets nest’ strategy to gather all the islam extremists from around the globe and then bomb the hell out of them.
Although it’s a rather strange coincidence that this is exactly what is happening there seems to be little to no hard evidence. When mrs. Haifa posted and spoke about the subject stating it as fact she was suspended and put on leave immediately with the minister of justice, Ivo Opstelten, vowing to fire her ASAP.

It didn’t help her cause that afterward she tweeted that ISIS couldn’t possibly be run by muslims since they would never be capable of such atrocities. And so she furthers the misconception that muslims are incapable of introspection within their religious community which is surely not the case.

Although it still appears to be difficult for a majority of muslims to speak out and criticize and denounce some of the darker aspects of their own religion publicly.

But should she be fired? Where does free speech end exactly? Do you think she has crossed the line?

This was also one of the central themes during the rising number of Pro Palestine demonstrations we have seen during the latest altercation in the Israel/Palestine conflict.

While Israel is moving slowly towards international isolation and is making new BFF’s within the region (Egypt, Saudi Arabia) Palestinians have been dying by the dozen yet again.

More and more Dutch are speaking out against Israel. This already started with Dutch dame Gretta van Duisenberg (who was married to the late president  of the Dutch Bank Wim Duisenberg) back in 2002. Since then our old prime minister Dries van Agt has joined in and more and more prominent Dutchies are speaking out against the excessive force Israel seems to be using in it’s conflict with Palestine. Hell, even One Direction is getting in on the action.

Most of the demonstrations in Holland remained peaceful. But now it appears that some of the demonstrators present at the Hague demonstration chanted anti-semitic phrases and revealed their support for ISIS and muslim extremism. Things got out of hand when the extreme right started to protest the pro Palestine protest. You’d think they would unite in their antisemitism, but surprisingly not so!

Unfortunately this makes it seem as if Israel cannot be criticised for its actions because it will automatically be affiliated with anti-semitism. The two are conflated vigorously.

Although Israel clearly is using excessive force with way too many innocent casualties and is still expanding it’s territory as if it were business as usual, there is never an excuse for anti-semitism. This is still a problematic issue in Europe which sees a rise of anti-semitism in a lot of countries like Greece, Belgium, Hungary and Sweden..

But jeez, do you think we will get to see the end of this conflict during our lifetime? Thankfully a large segment of Israels population is also getting sick of the current course of action. 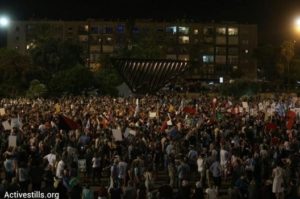 Now back to Holland where members of Parliament, with CDA (the Dutch moderate Christian party) leading the charge, are trying to make verbal and vocal support for terrorist organizations punishable by law.

Should people be allowed to support terrorist organizations? And more interestingly: who gets to decide on that label?

And moving from one debate few politicians are willing to burn their hands on to the other: the Zwarte Piet discussion is back from last year. Only few would like to talk about it.
But now the court has banned the use of Zwarte Piet during the parade in Amsterdam after several organizations and individuals fighting Zwarte Piet sued the city municipality. Now Amsterdam is fighting the verdict because they want to smooth us into the change by  transforming him gradually into a skinny white girl with pigtails within the next 4 year period.

A conglomeration of several organizations involved came up with a hilarious transitional Pete. Notice how the straight hair really adds a touch of style and class to Pete. This is the Dutch Polder model at its worst.

The best thing about this whole debate is the ridiculosity of Zwarte Piet being at the centre of it. If it really were only about Zwarte Piet no one would have cared. It’s about people being pissed about not being heard and our inability to talk about racism without ending up in a yes/no screaming contest.

I’m taking a leap of faith here, but I’m guessing Black Pete is not the central issue. It’s probably more about our slave past and the sore lack of education and awareness about our involvement in this largely ignored aspect of our Dutch history we refer to as the ‘Golden Age’. It’s about how people with color are still treated differently and judged differently because we used to handle them differently.

And as we can see now with the Ferguson incident in the States it’s not as if racism is simply a thing of the past and has gone up in smoke the moment Obama took office. Although the Dutch situation is unrelated to debates about gun control and excessive police force and authority racism does not magically disappear when crossing state lines. Or does it?

But no, we’ll probably just continue to ridicule the issue of racism by keeping Zwarte Piet front and center and become the laughing stock of the planet yet again. Let’s hold another protest!

Want to get up to speed about Zwarte Piet in 2014 then Pavla can help you out.

So any super important summery things I missed out on?  Anyone? 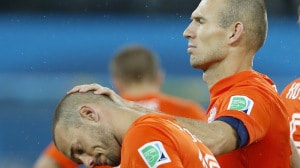 Previous articleDutchReview Reviews the Ice Bucket Challenge
Next articleThe American people vs. the game of soccer part II – Have they found each other?