Another Open Letter to L’homophobiacs

How long has it been since we last were in touch? Oh wait, that was yesterday? Well, this is awkward, I usually don’t spam the recipients of my open letters (though I think that, in the bizarrely unlucky scenario that Mitt Romney had been elected president of the US, the CIA would have bombed my house by now for flooding Mr. President’s inbox with passive-aggressive memos). But perhaps you need another letter right this instant, my dear France, because my last dispatch was a bit on the short side. To be perfectly frank, I didn’t want to wallow for too long in the ill fragrance of 21st century homophobia, and 364 words was enough to waste on protests against gay marriage, because in all honesty, a picture of my middle finger would have sufficed. Oh wait, did I say homophobia? It’s not homophobia, right? As you’ve stressed before, my dear and ever so eloquent and cultivated France, you of course wouldn’t dream of denying people basic rights just because they are “playing for the other team”, right? No, it’s ye old “Won’t-Someone-Please-Think-Of-The-Children!!!” routine, wherein the wee little ones are used as a ruse. You’re not against equal rights for homosexuals – oh no! – you are doing this because you fear that children adopted by gay couples will suffer for some reason that nobody can quite explain. But like I stressed before, that’s a last resort for people who cannot hide behind religious motives to justify their homophobia, mostly because God has already explained how He feels about that subject: 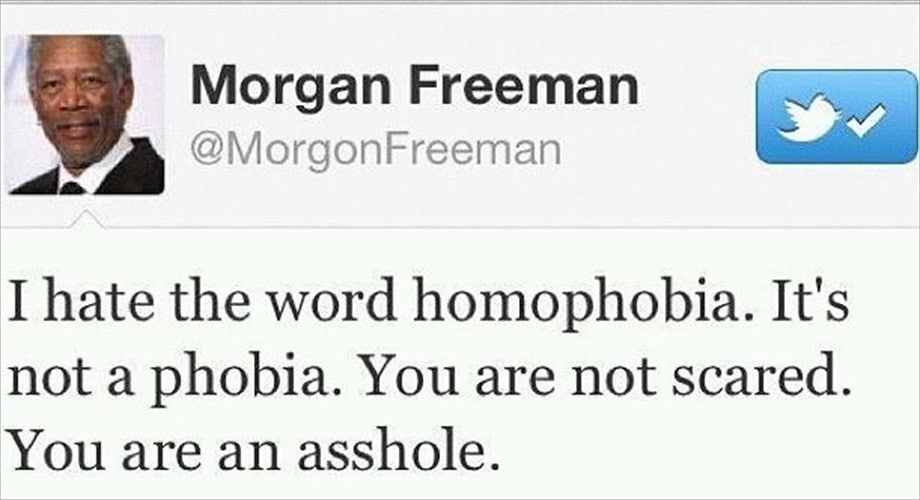 So there goes our option of using the word “homophobia” without irony, and good riddance to a word that never should have existed in the first place! Now let’s look one another in the eye and ask ourselves: what message does a society send when it unambiguously states that you aren’t fit to be around children? Think of all the groups of people that we, by all right and reason, should keep away from children, and if “pedophile” and  “criminally insane” were the first and last things that entered your mind, congratulations on not being a complete waste of oxygen. Fact remains that as soon as a harmless group of people (homosexuals) is considered a threat to another innocent and vulnerable group of people (children), literally anything goes. So it’s not surprising that this very week, the gruesome images of the aftermath of a severe beating fueled by hatred of homosexuals caught our attention. Last weekend, a Dutch Parisian named Wilfred de Bruijn and his partner were viciously attacked shortly after being verbally harassed for being gay. You can see the aftermath of this ruthless and unwarranted attack here (warning: up close and personal visuals).

To all those who devote their time and energy to dehumanizing homosexuals and fighting to withhold them equal rights, I say his blood is on your hands.

Up yours with an egg-beater,

Previous articleAn Open Letter to L’homophobiacs
Next articleAre You Sunni or Alevi?