FeaturedLiving in the Netherlands
March 29, 2015

Being an Asian living in the Dutch world certainly brings about plenty of moments that has probably left me flabbergasted. It involves the best of both worlds, and this brings me to the topic of the day. Perspective. A word that is almost commonly overused it today’s world. However, it represents a part of life that defines us as mortal creatures. Each and every one of us are entitled to our own perspective. At times, it could be as different as the textures of a kroket crunchy on the outside and gooey on the inside. On other occasions, it can be as simple as the size of one’s shoes. As for the Asian perspective on the Dutch world, let us explore the vast differences and the surprisingly similar cultures that we share here at this very moment.

The first thing that probably comes to one’s mind when associated to Asian food is the holy trinity of ginger, garlic and spices. These flavors are ever present when it comes to almost any meal. And accompanied with those ingredients would almost certainly always be rice. Being an Asian myself, rice to me is an absolute must-have on any occasion, from birthday parties to weddings. On the other hand, the Dutch obviously have a contrasting perspective on this, as rice is substituted with potatoes. And I must say, my love for potatoes has undoubtedly grown, but it remains far off from rice. In addition to that, alcohol consumption is yet another interesting area when it comes to perspectives from the East towards the West. Asians are definitely not proud of their alcohol consumption quota and remain amateurs in the ongoing battle of who-can-drink-the-most when in comparison with the Dutch.

I have to admit, living amongst the Dutch certainly is not as hard as it seems. A major point for this is the fluency of Dutch people in English, which makes communication all the easier for people from all across the globe, especially Asians. Most Asians prefer the “tried and tested” formula of heading to places such as the US, UK or even Australia. I mean the very first perspective of Melbourne is that it seems to have more Asians than any other people living there. To those few Asians that do actually take the leap into the uncharted waters of the West, especially Europe (exclude the UK), kudos to you! Moving on, there’s no doubt that occasionally, communications with the Dutch people has undoubtedly left Asians rather flabbergasted. Take for instance “lekker”, it’s an ever present word in daily Dutch communication. However, when combined with that simultaneous wave-hand-like movement, it seems odd to the perspective of rest of the world. As in Asia, people would express their love for a particular dish with an intonation of “waah” or maybe that ever present “slurp” of broth.

A major perspective that the West has on the East is the fact that Asians are less open minded when it comes to most cases. Different upbringings certainly leads to different cultures. One of the most contrasting perspective can clearly be seen in family values. In the Dutch world, the term family is often defined by just parents and children. It rarely involves other family members such as grandparents, uncle, aunts and cousins. However, this is the exact opposite in Asia, as a family can easily make up an entire football squad of at least 25 members! This lead to more drama and juicy gossips that will put Keeping Up with the Kardashians to shame. I would not be surprised to see Ryan Seacrest in Asia scouting for families to form a new reality show. In addition to that, the act of bringing a cake for your own birthday certainly will leave an Asian shell-shocked. The reason for this is that, in Asia it seems weird to bring your own birthday cake. It seems like you are a loner! Therefore, a friend or a family will always handle this (my deepest condolences if they don’t). But it’s deemed as rude to not bring a cake for your birthday, in the perspective of the Dutch. 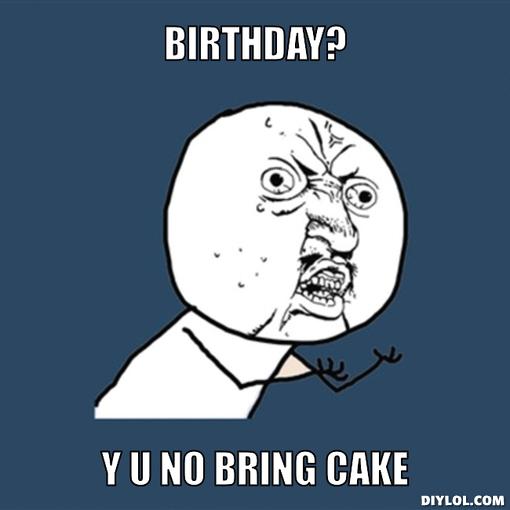 In a nutshell, there will always be contrasting perspectives on the East and the West. This makes a vital part of our daily lives. As for an Asian living in the Dutch world, well my advice would be to embrace the Dutch culture and get the best of both worlds. After all, if it ain’t Dutch, it ain’t much!