Brexit from the other side….

FeaturedLiving in the Netherlands
July 11, 2016 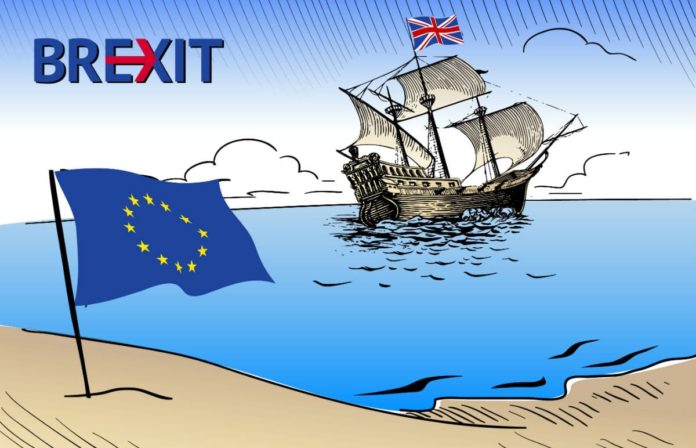 It’s taken me some time to finally write a post about the shenanigans currently going on in my home country. It’s both frustrating and relieving to watch Brexit from outside the UK and over the last two weeks the country has managed to put on quite a show.

Brexit from abroad: frustration and relief

I say it’s frustrating because well, it’s beyond chaotic. There are plenty of articles and news journals keeping track of who’s doing what, I’m not going to bore you with any of that, but as someone who saw maybe two or three legitimate reasons for leaving, and yet still saw that it was completely nonsensical leaving the EU I was shocked right to my very core. It’s relieving because well, I’m not there. I’m not in the middle of the craziness that’s swept over an entire nation, whether they wanted it or not. The easiest thing for me to do to make my point is to explain the rollercoaster I have gone through over the last two weeks.

Yes, I live in the EU. I’m also 24 and would probably consider myself liberal. It makes sense then to tell you that I voted to remain. But I agree that the EU is a large bureaucratic mess in places. It’s so large that even people who work for the EU don’t know everything that goes on there. I didn’t vote remain for one reason or the other though; I voted largely for the reason that if it had been a proper referendum, or ever really about the EU, then both sides would have presented a clear and concrete plan. The leave camp would have already prepared for negotiations for new trade agreements (or at least known exactly what that would entail, and what politician in their right mind would leave this kind of decision to the people anyway??) and have some sort of exit strategy, and the remain camp would have said something along the lines of “well, we know things need to change in the EU. We can’t change things from the outside, so we’re going to do this, this and this to lower the level of bureaucracy…” etc etc. But this is UK politics, and that didn’t happen.

Cue the onslaught of what I like to call the parliamentary circus. Before the Brexit vote I was probably 80% sure nothing would change. How could it? The politicians were in it for themselves and the people aren’t that stupid are they? (And don’t confuse stupid with uneducated in this context, I mean who on earth vote when there’s no plan? If it was a national vote then perhaps, but this was something that would impact millions of lives not just in the UK, but outside too) As the date approached I became more concerned and started googling what might actually happen to my content life here in the Netherlands if leave got the majority. I ignored the polls, they’re never entirely accurate and well, they didn’t really interest me. People’s own reasons for voting are their own, but just like a Trump supporter might question my reasons for thinking he’s basically an orange that’s been out in the sun too long, I’m equally allowed to question their thoughts on him being presidential material if they’re going to rant about it on my facebook page. It was the same with Brexit. Sort of. Facebook became a toxic place pretty quickly in the days running up to, and just after Brexit.

Brexit: nasty messages from people I thought I knew

Now I was passionate about remaining in the EU. Not necessarily in the same way we are currently, but it’s an important membership the UK can’t afford to lose (as we’ve seen, the euro is currently at 1.17 to the pound…shopping spree anyone??). I’ve had a tough few years, and for the last year or so things have been getting back on track. Rather selfishly, I don’t have the money for visas and everything that comes with it, and I don’t fancy having my life turned upside down. I shared plenty of facebook posts before the vote, and welcomed healthy discussions because I simply wanted to know why leaving was so important, it’s something I couldn’t see from living outside the UK and I thought that perhaps I was missing something. But luckily for me I wasn’t missing much. Immediately after the vote I started getting really nasty messages and comments on my Facebook page from people I thought I knew. Everything became personal all of a sudden, no matter how many times I tried to explain myself from the perspective of facts or statistics, or well…common sense. Some people told me I had no right to talk about the UK because I don’t ‘live there’, others were more along the lines of “the people have spoken now shut up and get on with it”. And when your main source of contact with friends and family is Facebook, it’s pretty difficult to avoid these things.

And then there are the Brexit jokes…

It’s tough to hear those things from people you know. It’s even worse to be away from people who might understand. The Dutch have fun with it, but they don’t know how embarrassing it is. My computer at work locked me out of the system the Monday after the Brexit vote, and the jokes came rolling in. It was pretty awkward on June 24th when I went to the village shop to stock up on the ultimate comfort food…ice cream. I was on the phone with a concerned relative speaking English. The shop assistant asked where I was from, and winced and apologised when they heard my answer. I’ve always been proud of my Britishness, even its quirks (yep, tea with milk is legitimate, as is vinegar on my chips).

My accent is messed up beyond repair, but I still get annoyed to this day by the fact the Dutch simply can’t queue. But there are very few people here, or even back home, who really understand what it’s like to have the parts you think of as ‘you’ laughed at, trodden on, and taken away from you while feeling completely helpless and confused. I was fortunate enough to grow up in a UK that had just seen the fall of the Berlin wall, that had already had its first female prime minister over a decade before, that despite the crazy politicians, was joked about by its European cousins, but well-respected. I’d been to Arnhem for the Operation Market Garden commemorations and seen the appreciation that such a union between countries, when nurtured, could create even decades later. I grew up in a country that thought about the future, even if it took a little more time to get there than some other countries. I moved to another forward thinking country, never because I hated the UK, I just saw something different and more interesting.

UK and the EU: that weird family member

It’s important to remember that right now the UK is still very much a part of the EU. So while the first week seemed like a bad dream, I haven’t lost all hope. My own prediction is a Norwegian-style membership in the EEA, which will ironically mean the UK still has to put money into the EU, abide by its regulations, but have no say in what goes on. It might work. For me it would mean not much will change. There’s going to be a lot of work involved rebuilding bridges and fixing the UKs international reputation, let alone its economy. Although I’m hoping that now the main clowns who’ve been running the Brexit circus have abandoned ship (yep, I’m looking at you Farage and Johnson), I think the UK stands a decent chance of being accepted by its European cousins once again as long as this is dealt with properly and reasonably. It’ll just be like awkward family events where everyone feels a bit sorry for the UK who ends up sitting in the corner for the majority of the party staring at their beer, no one really trusts them and only speaks to them when arriving and leaving the party.

Previous article
Temporama: The Lights Are Still On In V&D Maastricht
Next article
Dance Festivals you don’t want to miss this Summer