Should the Netherlands reinstate conscription?

Over the past few months, we’ve all debated current political affairs. Many in the ‘liberal west’ have been living in a world where we haven’t, until recently, felt too worried about conflicts on our doorstep. Now, for the first time probably since the Cold War, some sort of globally encompassing conflict that could include cyber and even nuclear threats doesn’t seem as unrealistic.

Some don’t have this fear, so I’ve caught myself saying once or twice: “okay, why don’t you back to me when you get drafted?”

What I wanted to do was to shock some realism into them, to make the threat up-close and personal. It’s a cliche to say we’re living in a changing world. Talking about abstract threats does nothing to actually bring them to the minds of most.

But now I can say instead: “you know what? Just look at Sweden! What’s happening in Sweden?!”

No, it’s not about cinnamon rolls this time either. On Thursday 2 March, Sweden announced it will reintroduce compulsory military conscription from 2017.

Sweden stopped the draft in 2010, but has a shortage of people entering the military voluntarily. Although a re-instated conscription would require only a minority of men and women born after 1999 would be selected, the plan is still for 4,000 people to join in 2018 and 2019.

But the real catalyst? Take your pick, I suppose; unrest in the Baltic, all that business with Crimea in 2014, increasingly strained relations with Russia in general and, of course, uncertainty over going-on across the pond.

Conscription was obligatory for Dutch men, until it was suspended in 1996. Now, 17-year-old males get a letter to say they’re registered, but don’t need to serve unless the government decides to call them up (e.g. if there’s a pressing national need).

Progressive Sweden’s decision raises some questions. Should other countries follow its lead? Should the Netherlands now consider changing the laws to reinstate the draft?

(Let’s be clear: I mean for both women an men. We’re feminists here, after all)

First, remember that Sweden is not a NATO member, whereas NL has been with the Alliance since the start. How much this matters depends partly on your confidence in NATO and whether you think conscription would help strengthen NATO collectively, or the Netherlands itself if the Alliance should somehow fail.

Even without these considerations, and if we leave aside the current global atmosphere, there is much to consider. I’ve laid out some other considerations below. But there’s just so much text, and…you know…millenials. So for clarity, I made a little mind-map as well.You can download it here[download id=”14699″]

It might make ‘better’ people of some, if they get to mix with people they wouldn’t normally meet.

It might increase social cohesion outside the army (‘citizen first, [whatever else] second’). Let’s call this ‘good’ nationalism.

But it could also backfire. Or it might just reflect any social divisions that exist (e.g. the influential might still get the best ‘jobs’ due to their connections).

If people are forced to be there, will they hate it? That could lead to bad morale, to the detriment of the cohesion and effectiveness of the army.

But some people would actually learn a lot. And it might do a lot of people good, even if they’re opposed at first.

Perhaps there’s an option for people to be chosen through a lottery system, while giving priority to people who indicate they actually want to serve.

Anyway, historically there has been an option to carry out civilian duties for conscientious objectors (and others). People could be involved with all sorts of tasks, not just learning how to fight.

Conscripts in the army might make countries think more carefully before engaging in wars. It also might increase public scrutiny of reasons politicians want to engage in war.

However, the NL is generally hesitant to become involved in conflicts abroad, compared to many other nations.

The draft might actually increase the amount of wars the NL goes into (due to a sort of ‘well we have a big army, it costs us money, so we might a well use it’ mentality)

The Netherlands’ armed forces need more personnel and equipment to become effective. The draft could help.

But most activities abroad are complex peace-keeping operations or involve technical skills. Having to re-train new conscripts all the time might make a less specialized and less effective force.

These new volunteers have to be paid for. Is there enough money available for this?

But NL is a NATO member and spends only just above 1% GDP on the military. This is below the 2% of GDP required by NATO, and below the EU average as well. Anyway, more and better equipment is needed. So maybe the budget needs to be increased anyway.

Separately, would it be bad for the economy if these conscripts are taken out of the workforce to practice war games?

This depends what they were doing in the first place and what they learn/what their tasks are as conscripts.

It might give the conflicts that are engaged in more popular support. And it could increase public scrutiny and scepticism of foreign involvement generally.

But shouldn’t war only be waged if necessary, not because it’s popular (nor avoided just becaase it’s unpopular)?

On the other hand, 70% of respondents to this Dutch poll are in favour of reinstating conscription.

But who voted, is this representative? And it was in NL during peacetime – would it be different during war? Anyway, is ‘popularity’ a good argument here?

Personally, I think I’m slightly in favour, but for selfish reasons; I think it would have been fun and would have done me good to have had this experience. But if I take a step back and look at all the arguments, I’m not actually sure.

In fact, it seems like I’m not sure of anything much these days.

What are your thoughts?

Previous articleNew places to go in Amsterdam! From avocado to casino
Next article5 Things I love about the Netherlands 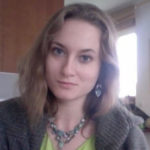