Can I Be A Victim, Please? 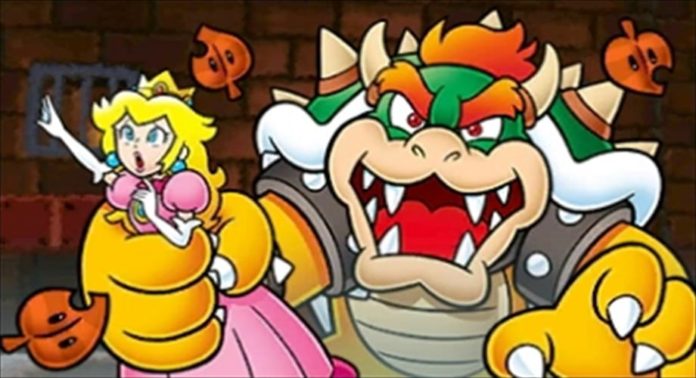 Please raise your hand if you sometimes just feel like hating a complete stranger for no reason other than him/her expressing an opinion that is different from yours. Come on, don’t be shy now, no one here is innocent! Are your hands baldly brazing the sky already? Well then, hop aboard the hate train, because the next station is Anita Sarkeesian’s video blog Tropes vs Women in Video Games. Choo-choo!

Sarkeesian is a self-proclaimed ‘pop-culture critic’, which is the least of all meaningful titles you can apply to yourself right after ‘food taster’ and ‘toilet user’. You can watch her videos for yourself if you want, but I can just as easily summarize them for you. Her major complaint is that video games are guilty of perpetuating the stereotype that women are incapable victims who need men to come and rescue them (the so-called “Damsel in Distress” cliché), which she claims is not true. Furthermore, she blames video games for contributing to a society wherein women are continually victimized in all facets of our daily lives. You’ll notice how these two complaints blatantly contradict each other, and this is not the only logical error or falsehood that make up her feminist rants that only serve to strengthen the idea that every woman automatically is a victim.

“In the game of patriarchy, women are not the opposing team; they are the ball.”

Several bloggers have already pointed out that the kind of games that she analyses (mostly action/adventure games and shooters) are predominantly played by males, making it perfectly understandable that they put forth characters to whom men can relate (i.e.: men). It’s equally easy to point out the many video games in which strong female characters take the lead, such as Metroid Prime, Tombraider, Metal Gear Solid, Resident Evil, and virtually every fighting game ever made. Finally, it has been pointed out that her claim that there is any causal link between popular culture and popular thinking is difficult if not impossible to prove, just as no one has been able to prove a link between violent video games and violent behavior in real-life. In short, this is the worst plea for women’s rights since Sandra Harding declared Isaac Newton’s Principica Mathematica to be a “rape manual”, or since the time that Luce Irigaray claimed that Einstein’s famous equation e=mc2 is a “sexed equation” (because it privileges the speed of light over other speeds that are vitally necessary to us, I don’t even need to explain that, right?).

All this bad reasoning made me think the unthinkable: does this mean that video games hate the Netherlands as well?

Because if we apply Sarkeesian’s line of reasoning (that is to say: purely anecdotal and based on confirmation bias) to my motherland, it inevitably follows that, much more than damaging the image of women the world over, video games are on a hate crusade against The Netherlands! Think about it, how often have you seen The Netherlands being portrayed in a positive light in video games? Never, at least not to my knowledge. Does the playable faction in that expansion pack of Civilization IV count? Whoops, thanks for reminding us of our not so small contribution to colonialism and slavery, you patriarchal, anti-Dutch monsters! Or how about the Rendezvous in Rotterdam level in the first Hitman game? Lots of fun there: if the solemn, gray slums that are supposed to reflect my hometown weren’t bad enough, all we saw were homo-erotic bikers torture-killing snitches, and that’s bad advertisement. Last but not least, there is of course an endless string of World War 2 games, where the Dutch are again and again subjugated into the submissive role of a defeated nation that is desperately waiting to be saved by their British-American overlords.

So there you have it: an equally poorly researched and biased analysis of pop-culture. And I didn’t even need to go on KickStart and ask for over one hundred and fifty thousand dollars from you in order to do it.