Dutch Kids These Days… (are actually quite upright) 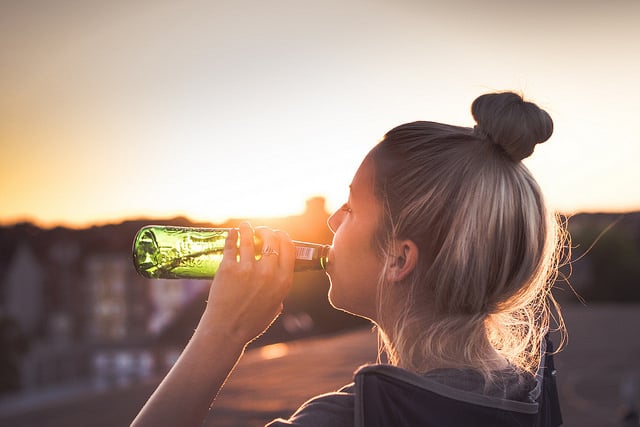 How Dutch kids are actually not that much into drinking, smoking and drugs

Whenever you hear that phrase, you know that it will be followed by statement about how the current generations of teens and young-adults are always up to no-good. You know, the kind of accusation that is simultaneously a complaint about how just much damn fun kids are having these days! According to the hit-song, (delightfully translated into terrible German, no less!) all the teens are saying “ja to MDMA”… but the facts say otherwise.

Warning: this song will melt your brain.

Dutch kids: the facts and stats

Because the facts say that Dutch kids have become more and more upright over the last few years. An in-depth study by the Trimbos institute asked several tens of thousands of Dutch teenagers about their ideas and habits regarding drugs and sex (sadly, there is no data on how much rock ‘n roll they’re listening to). Below are some of the results:

More recent studies showed that this trend has been continuing over the last few years.
Looking at it from a broader perspective, the trend towards a more docile, easy-going new generation also falls in line with a society that is becoming more and more peace-full. Crime rates have been going down for decades, both in The Netherlands as in the rest of Western-Europe. And as much talk as there is about the verharding (tr.: ‘hardening’) of society, people actually seem a lot more wary of physical violence than they were before. What is also remarkable about this change of norms is how quickly is has taken place. Even when only looking at changes in life-style since 2003, we already see a huge difference, and that’s less than half of a generation.

Why Dutch kids are a-okay

Several explanations for these developments have been given. A closer relationships between children and parents means more honest communication and more trust. Effective campaigns have informed people about the risks of smoking and substance abuse. What is also telling is that smoking is ‘out’: it’s no longer cool to smoke, and is now in fact even something that a lot of young people look down on.

What is perhaps most striking about all this is the difference between theory and practice. If you were to look at pop-culture, you’d think that drugs and sex are as a routine part of everyday life as having breakfast. Songs celebrate partying and drinking while mainstream movies often contain sex scenes, yet despite this bombardment of the wild life-style, most of this remains in the realm of fiction to teenagers. Even the unfathomable amount of pornography on the Internet, now readily available whenever you want it, has not increased sexual activity among young people. It is almost as if indulging in the fantasy is more rewarding than pursuing the real thing. This might actually explain a lot: it’s easier to click on a link than it is to approach a potential partner.

So for whatever reason, Dutch kids these days… might actually be more civilized than the generations that came before them. Almost makes you wonder if that’s a good thing or a scary thing.

Liked this post? Here’s one why Dutch kids are happier than American kids