Although the Netherlands doesn’t participate in the European Championship of football in France, there’s still another big sports event in the same country this summer that the Dutchies can be excited about and that’s the Tour de France. Because in contrast to the poor quality of the current generation of Dutch football players, there is a special generation of exciting Dutch cyclists who are ready to conquer the world. And where else can you start your conquest better than in the Tour de France, the biggest, the fastest, and the strongest cycling race on earth. Let’s see how they did/do in their preparations, one week before the start of the Tour, and give you a taste of what’ll be their chances in GQ (General Qualification), sprint-, and time trial (TT) stages in July.

Let’s say that there were eventually three Dutch riders who could’ve made it (and were aiming for it) in the top-10 of the GQ: Bauke Mollema, Robert Gesink and Wilco Kelderman. That’s mainly because they’re normally in the top-20 of best climbers in the Tour and that is where most decisions are made in three-week-cycling-tours. Unfortunately the preparation of Bauke and Robert wasn’t ideal because they both had to quit their last preparation race for the Tour, the Dauphiné and the Tour de Suisse, with injuries. Bauke had to quit because he was ill and had a very sore throat in the Dauphiné and Robert had to quit the Tour de Suisse because he crashed, landed on his head and broke his helmet. Both are recovering at home from their injuries and looked like they could have recovered on time, but Robert didn’t and so he won’t be able to start in the Tour. Furthermore, Bauke does miss those vital in-competition-kilometers that’ll increase his chances for a good result.

Bauke’s best GQ-result in the Tour in the past was a 6th place, but it’ll be hard to improve on that this year, because of his setbacks and also because of the very strong competition. I mean, you have Sir Chris Froome, Alberto Contador, Fabio Aru, Richie Porte, Nairo Quintana, Tejay van Garderen (who’s half Dutch), Romain Bardet, Warren Barguil, Daniel Martin, Julien Alaphilippe who are equally good or normally better than the Dutchies. And, I won’t even mention dark horses like Vincenzo Nibali and Alejandro Valverde, who’ve already had to perform to the max in the Giro d’Italia and have an unlikely (but not impossible) chance to repeat their effort in the Tour, unless they’re full of performance enhancing drugs. That’s a hell of a lot of guys to compete against and so I guess Bauke have to be satisfied with a top-20 place and try to win a stage.

The best chance of Dutch success is probably Wilco Kelderman. He is a young lad who had a good preparation and had only one really bad day in the Tour de Suisse, which probably costed him the GQ-win in Switzerland. Despite that I hope it’ll give him enough confidence and spirit to make it into a good top-10 finish in the Tour de France. At least his preparation is much better than last year about which he admitted that he over-exploited his energy levels, so I have high hopes that he’ll improve a lot in this year’s Tour and realize his potential.

Traditionally the Tour de France starts and ends with some flat stages for the sprinters and a couple of loose ones in between. And this year I’m really excited about a new Dutch sprinter that can really win stages at the highest level against other top sprinters. His name is Dylan Groenewegen. This young lad is only 22 years old and has won already 5 races this year, including two races against top sprinter Nacer Bouhanni in Valencia and two weeks ago against André Greipel (who won 3 stages in the Giro) in Cologne.

It’s always interesting to see if he can continue such good track-record in such a nervous and chaotic race as the Tour de France, where all the top sprinters are gathered. I hope his recent wins will give him the confidence to beat the Bouhannis, Greipels, Kittels and Cavendishs of the world, plus a good lead-out with Vanmarcke, Leezer and Wynants should give him at least a couple of good opportunities to win a sprint stage.

3) Dutchies in the time trial

Tom Dumoulin is of course the best chance of stage success this Tour with two time trials and the freedom to pick out any stage he wants and try to win it. Dumoulin won’t be focused on a good GQ, because his main target will be a gold medal on the TT at the Olympics. He might have to support his leader of the team, Warren Barguil, who he might have to learn how to descend (see the video below), but in general his status within the team will give him enough freedom to do as he pleases. Earlier this year he already won the TT in Apeldoorn, in the Giro d’Italia, which he had to leave with a third ball, but now he had a good preparation with some altitude training and he will be confident to win one of the two TT’s, as he became a national TT champion this week.

The first TT is in the 13th stage of the Tour de France which’ll fit the TT experts like Dennis, Cancellara and Martin better and the second one is an uphill TT in the Alps in which he has to deal with GQ-riders and good climbers like Froome, Contador, Nibali, Valverde, Porte, Zakarin and Van Garderen. Luckily for Dumoulin the first one isn’t totally flat which will give him a slight advantage over the excellent TT-riders on a flat surface like Martin, Dennis and Cancellara, but it’s not so steep that he will lose time against Colombian and other light-weights, so I think the first TT is the best opportunity for him to win a stage.

There are also two other Dutch dark horses that can get a good TT result, namely Wilco Kelderman and Stef Clement. The first one is the Dutch TT champion of last year and the second one is a former bronze TT medal winner in a World Championship, that has had a pretty good season (15th place in GQ in the Dauphiné) so far and has to show himself in front of the world to earn a contract at another team because the main sponsor of his current team will pull the plug at the end of this season. 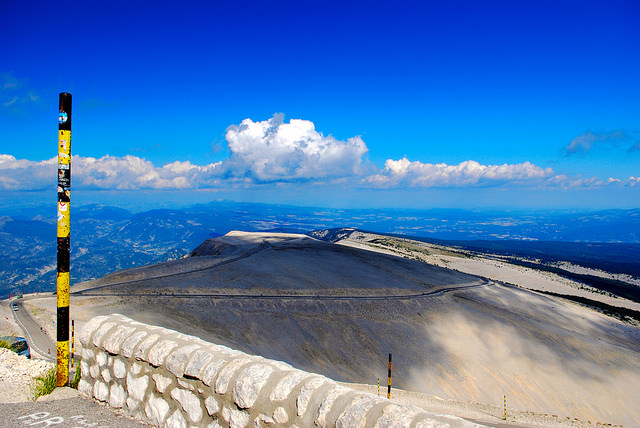 Great scenery at the top of the mythical Mont Ventoux, a climb in this years Tour de France

That should be a great motivation to cycle his socks off and get him a good result in the TT and maybe even in GQ. Let’s cross our fingers and pray that one of these guys will get a stage win in the TT or another stage and continue to achieve special things for Dutch sports like other Dutchies already did this year, with the monument win of Wout Poels, the GP-win of Max Verstappen, the almost victory of Steven Kruijswijk in the Giro d’Italia and the reaching of the semi-finals of Kiki Bertens at Roland Garros.

Previous articleThree beauty trends to try this Dutch Summer
Next articleWine in the Netherlands: Getting it Right

Prime Minister Mark Rutte and Minister for Health Hugo de Jonge have returned to the podium to announce an easing...
Read more