The Dutch will build the first ever ‘floating solar power station’ out on sea. 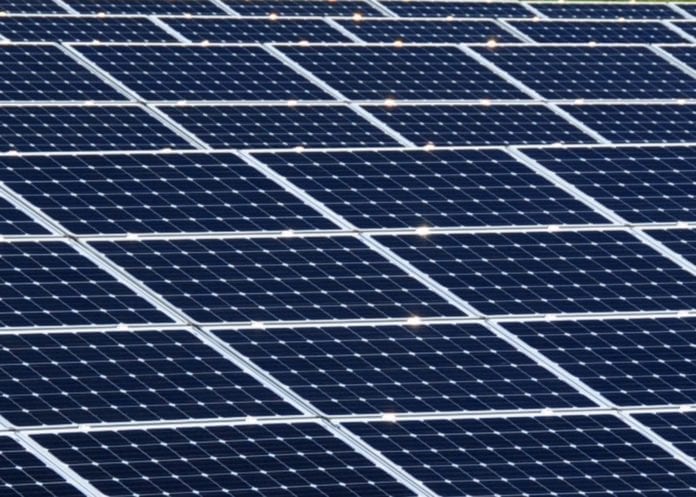 Six Dutch companies and knowledge institutions are planning the construction of the first ever floating solar power station out on the sea.

Leave it to the Dutch to do something like this… Scheveningen is home to gnarly waves for surfers and a romantic’s hotspot. And in the future, it will be home to a unique green energy project. Six Dutch companies and knowledge institutions, are planning to build the first ever offshore floating solar power station. The structure will be located 15 kms off the shore of Scheveningen. And the process will start with an initial 2,500 square km ‘pilot solar power station’, that will be built the next three years.

Who is behind this project and how much $$$?

The project is being supported by the Ministry of Economic Affairs and Climate, and is being coordinated by six companies and knowledge institutions:

The project will cost €2 million, but will receive a €1.4 subsidy by the Ministry of Economic Affairs and Climate.

As if the coolness of the name isn’t reason enough, the initiators of the project – Oceans of Energy – call the project “very interesting for the Netherlands”. And for good reason according to several news outlets.

For starters, solar panels inland occupy precious space. Also sunlight yields are 15% higher offshore. This is mainly because of the solar reflection of between ocean water and the clouds. Lastly, the station is generally ‘cooler’ because of the lower temperatures we all know and love of the North-Sea.

Is there a catch?

Theres a reason this is a ‘first ever project’. Some believe that gigantic waves, the infamous Dutch weather and other destructive forces, make a floating solar station project out on the sea a complicated endeavor. But the project coordinators believe that Dutch knowledge and experience with offshore constructions can overcome these obstacles.

A special project for a couple of reasons.

Every part involved in the project has different tangible interests to gain. And it would obviously an important achievement for The Netherlands. Not only that, but this project would also be near the wind energy turbines inland, and would increase the amount of sustainable energy produced in the area. Also countries in South East Asia could benefit from this. How? Well, in countries where land is limited and the ocean is not so much, these sorts of projects could mean a lot in terms of energy creation.

Personally, these type of projects always make a smile appear on my face. I like The Netherlands for many reasons, but green projects like this always make me like it more. I know at times the Dutch priority of green projects is put in doubt, but things like this bring the faith back. Not to mention the commitment of its inhabitants that makes up for any doubt that appears.

As a graduate student on environmental studies – however – it’s hard for me to take these type of projects with complete acceptance.  Sometimes green projects like this affect the ecosystem they are physically on more than they improve it. Would this particular project affect fish populations or those that live off fishing for example? What if similar projects appear in other countries who depend a lot on fisheries? How would affect fisherman/woman and/or fish population? I guess that’s why it’s a good idea to have a knowledge institute like Utrecht University involved… But well, only time will tell! For now, we welcome this unique and green project, and hope everything is for the better.

What do you think of this offshore floating solar power plant? Let us know in the comment sections below.

Previous articleMajor increase of British citizens becoming Dutch, ahead of Brexit uncertainty
Next articleReady for a visual journey through Amsterdam? We have just the video for you!