Elections 2017! How to vote from Abroad 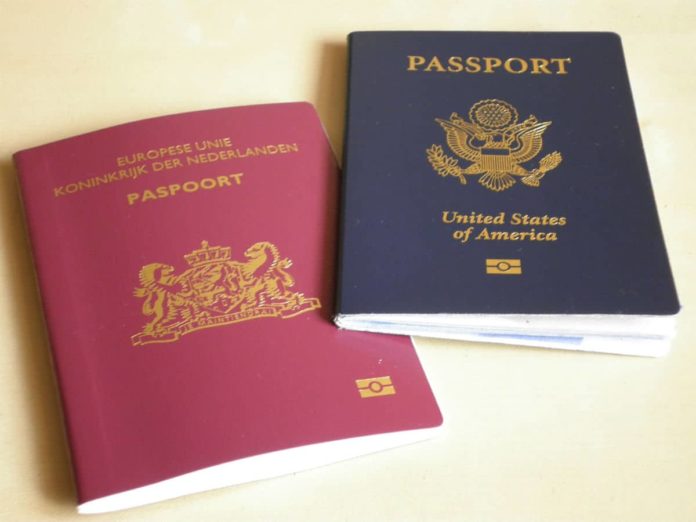 How to vote from abroad in the Dutch elections of the 15 of March 2017. (spoilers: it’s going to involve registering before the 1st of February!)

If you already had your portion of election fun/misery in 2016 and hoped for more in 2017 then it’s your lucky year! On the 15th of March the Dutch go to their voting booths and elect their new 150 parliamentarians. It’s by far the most prominent elections in the Netherlands, it will decide on who and what is going to decide on the new government and already we can say it’s going to be crazy times in the run up to this one.

If you’re an expat here and got your hands on the coveted Dutch citizenship you can vote in this one, but what if you have Dutch citizenship and live abroad? Surely the whole process of voting will be easy-peasy for you right?

For some reason the Dutch government made it terribly hard for their overseas citizens to participate in this election. Especially considering all the digital means available for us in the year 2017 it should be easier. But enough yakking, what to do about it?

Bottom line: register before the 1st of February!

You’re considered a Dutch expat by the government when you’re not registered in a Dutch municipality. So before you can vote you can register with the municipality of The Hague (just for voting purposes).

Just a short heads up, if you’re living on the last remaining Caribbean islands of the Dutch (like Saba, Bonaire or Sint Eustatius) or if your military personnel and stationed abroad or just temporarily overseas just when election-day comes around there are other rules in play, better check it all out here.

It kinda goes without saying that you need to possess a Dutch ID in order to register, more info on what exactly is needed can be found here. Anyways after registering as a voter (before the 1st of February!) it’s time to head down to the voting station on the 15 of March and fulfill your democratic duty!

Oh wait, the whole problem of course is that you’re living somewhere on the other side of the world, so just taking a stroll for a few minutes to vote isn’t a viable option for you. So how do you vote if you’re Dutch and living abroad? There are three options to participate in the upcoming elections: physically voting, voting by mail with a ‘stembiljet’ and to proxy somebody (‘volmacht’ in Dutch).

Fly, drive or sail back to the beloved Holland-homeland. More info on how to get the needed ballot is found right here. Then you can physically vote for yourself and and afterwards indulge in celebrating the democratic process and the outcome. What can go wrong?!

After jumping through several online hoops (like this page, and this form) You’ll receive an actual voting ballot at home over email, nice! Of course no one knows exactly how the voting ballot will look, but the Dutch government was so entertaining to put up this humorous dummy ballot:

Just realize that voting by mail isn’t as trustworthy as actually sliding down that sealed vote in a voting box. There is one big plus: as of these elections, you will receive the ballot through email. And that’s where the good news ends. Because then you’ll need to print out the ballot, fill it out and send it back through regular snail mail (or rather use expensive UPS?) Moreover, it has to arrive in The Hague or your one of these 17 embassies at the 15th of March, at 3pm, at the very latest. Meaning: you will need to send it way in time – and surely all exciting campaign debates will take place after that point.

Vote from Abroad – Option 3: get a proxy!

The principle getting a proxy works just like a “normal” ballot from abroad – you only need to send in your papers one time over snail mail –  just one time you have to mail some paper info to governmental The Hague (read up here). After that, your proxy will receive your voting pass by mail and can vote for you on the 15th of March. Then it’s up to you to communicate your voting-preference by facebook-chat or whatsapp like a 2017 person. Every Dutchie that is allowed to vote can also vote, by mandate, for 2 others.

There are several advantages to voting by proxy if you’re voting from abroad.

Want to know more about all of this?

Don’t worry, you will get plenty of DutchReview articles on the upcoming elections. How couldn’t we cover it? It’s the most important election of the Netherlands, huge shifts are predicted and the eyes of the world are on us! Will the Dutch people also fall for the promises of a blond populist?

At the same time the stakes for Dutchies overseas and foreigners over here couldn’t be higher. After all we’re in an ever globalizing world and particularly the Dutch economy is very depending on our relations with the outside world. Also how will the new parliament look at matters such as the EU, Brexit, immigration, dual nationalities and tax matters. And will the Dutch keep their international involvement and actual physical representation abroad at a decent level? Stuff that matters for the regular DutchReview reader…

If you really want to get into this, have a look at Eelco Keij’s website. For years now Eelco has fought for the cause of fair treatment for Dutchies and Dutch-mixed families abroad – a number estimated over 1 million, or roughly 6% of the Dutch population. Bringing him to the point where he’s running a preference vote campaign at D66 for the upcoming elections, meaning with 16.000 preferential votes he would get into parliament, regardless of how many or few seats D66 would get (in Dutch elections you technically vote for a particular person, not a party). His policy goals are not only a good thing for the Dutchies abroad, but also for the expats over here. Unless of course you’re against an internationally-oriented Netherlands, in which case I wonder what the heck you’re doing at DutchReview.

Previous articleHow to Vacation like a Dutchie. Step 1: The Vakantie Beurs
Next articleTips For Finding A Flat Share In Amsterdam