Geert Wilders: Guilty but not Punished? 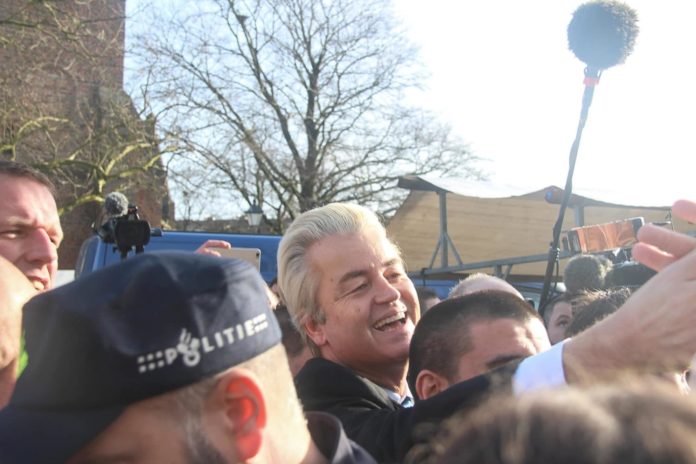 Geert Wilders is no stranger to controversy. But when he had a crowd chant that they want ‘less, less, less’ Moroccans, he finally went too far for the law. He was found guilty of incitement to discrimination and of insulting the public on December 9th.

(It is not known whether the judges discussed the appropriateness of his gravity-defying hair or clashing lime-green tie.)

But he didn’t get a prison sentence or fine. The verdict was ‘punishment enough’, according to the court.

Kees van Dooren wrote a piece in DutchReview right after the verdict came out. He ends with a question: ‘So what do you think? Did Wilders just used his freedom of speech or was it a clear cut case of racism?’

Q1: Was Geert Wilders being racist?

First, yes I believe it was racism.Wilders argued that ‘Moroccans aren’t a race’ and that he had a right to free speech. True, Moroccans as a national group may not be a race. But a race is effectively being targeted under this misleading heading.

Geert Wilders isn’t stupid (no, really). He knows he can’t just go out and say that he hates all people of a certain profile. Or that he wants them all kicked out of the Netherlands. So he takes a sub-group (they all look the same anyway, right?), ostensibly only targets them, and claims you can’t call him racist because he only ‘talks about a nationality’.

But he knows that many supporters look at one group of people as if they’re all the same. They don’t care whether they’re from Tunisia or Egypt or Morocco or Turkey. Or, just plain Dutch (which lots of them are). Nope, people are lumped together in one group, usually based on racial identifiers like skin-colour and hair. 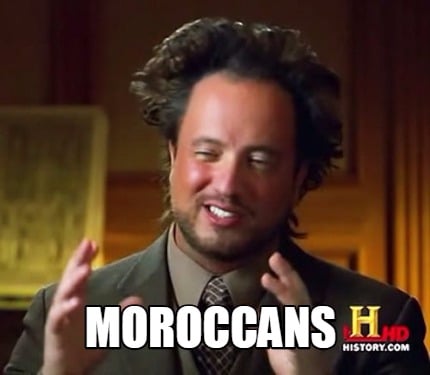 Not all moroccans are Moroccans

Nationality plays no part at all in calling someone a ‘moroccan’ (so I took out the capital ‘M’). Remember, many of the people referred to actually have Dutch nationality. The sad truth: in the Netherlands, ‘moroccan’ is sometimes used like it’s an insult. In these cases, it’s said with a brief spasm of the face, a downward twist of the mouth, or a shiftiness of the eye. Blink, and you’ll miss it, but it’s there.

These ‘moroccans’ are a perceived group of people with similar racial characteristics, often seen as somehow deviant (‘they don’t fit in’ or ‘they’re criminals’). They ‘don’t belong’.

This is what happened at the rally for which Geert Wilders was on trial. Wilders TOLD people what to chant. And it was racist. He just attempted to smuggle it in with a Trojan Horse-style disguise.

So don’t be fooled by the insidious logic of his argument that ‘moroccans are not a race’. The words were targeted at a race, with a term that people understand through a racial lens. Using ‘moroccan’ in the way that he did feeds on, and breeds, racial animosity.

Wilders may seem rational and well-reasoned. It’s a trap! Don’t believe that this makes him right. The ‘guilty’ verdict was appropriate. 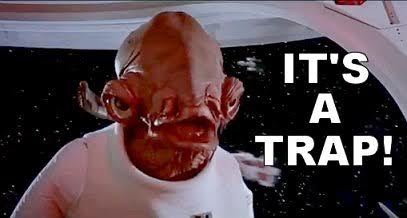 Maybe a ‘guilty verdict’ is enough for kids acting stupid in the classroom. But it’s not good enough for a prominent politician who told a crowd they had to chant that they want “less, less, less” moroccans. Penalties are absolutely appropriate. The late great Terry Pratchett said it: freedom comes with the freedom to take consequences.

But, actually, it might be smart. The judges decided on legal grounds, of course. Yet politically, of the limited options available, this could be the best outcome.

Geert Wilders was already going to court, so the spotlight was already on him. A guilty verdict but with no penalties might minimise attention. Attention that would mostly benefit him, and cost him very little.

Elections are coming up!

The Dutch general election is planned for 15 March 2017. Geert Wilders fancies himself the next Prime Minister and his Freedom Party has decent chances for the Dutch House of Representatives, according to polls.

Why is this important? Because the trial gives Wilders national attention at a time that suits him well. It’s a stage from which to portray himself as the embattled underdog fighting the establishment. And Wilders’ supporters lap that stuff up. No doubt recent events in the UK (brexit, of course) and US (have you been living under a rock?) encourage him. A harsher punishment may have given him even more ammo, to create even more of a victimised impression.

Also, if the sentence was too strict, people who are now on the fence about him and his behaviour could switch over to his side. He already has a platform to strut around on. Strict penalties could have made it bigger.

All this could happen regardless. Yet maybe, the judges struck the best balance when they only had limited options.

Anyway, Geert Wilders will appeal the decision. He has already used this decision to question the Dutch legal system. Therefore, no doubt he’ll use the appeal as an excuse to continue to sulk and rage in the public sphere.

Look forward to months of this helmet-haired petulant firing it off on twitter in another nail‑biting political process.