Gluten free food in The Netherlands: the challenge of a gluten intolerant

CultureFoodLiving in the Netherlands
August 6, 2016 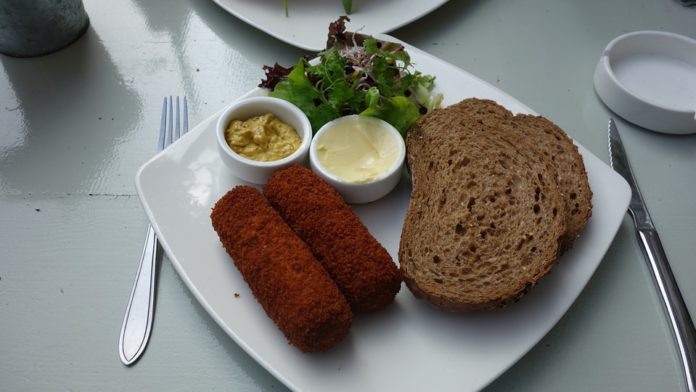 Let’s get down to the real talk: Dutch food.

Food is probably my favourite thing in life (not even exagerating), and I always make a point to try local food everywhere I go. But I have one big problem : I am gluten intolerant. I’m special.

Where do you find gluten ? In bread, pizzas, pasta, cakes, cookies, biscuits, pies, quiches, even soya sauce. The HORROR.

So how about gluten free food in the Netherlands?

The Dutch and gluten free food

Basically, everything that is tasty (and also a little bit unhealthy) is off my list. Unless it is gluten free of course (thanking the World for gluten free pizzas). That involves of course burgers, sandwiches, wraps, beer ; anything made with wheat, barley or spelt flour. But it’s ok… Most supermarkets sell the basic stuff for only double or sometimes triple price than what the « normal » version would cost. Really, I am sorry for my body’s inacceptable behaviour and reluctance to gluten !

Of course, it also makes you the annoying one when invited to a dinner party (seriously, who doesn’t eat bread ? Ah yes, me).

But it is when I go out for food that it gets really tricky. The Dutch are very good with certain specific food diets, like vegetarian food, or even vegan. But when it comes to gluten free stuff, that is a whole different story. Mainly because they have decided to simply ignore, for the time being, the fact that there is such a thing as European food allergy regulations.

Fair enough, they have until December 2016 to change their menus in restaurants and cafes, and people with food allergies have been waiting for all those years already so where’s the rush, right?

It wouldn’t be fair to say that nobody makes an effort of course. Some national food chains are quite friendly with food allergies. Some local restaurants too, especially if you go to Amsterdam and all you want is a gluten free pizza.

But most of the time, you have to know, guess or ask what you can eat, before sitting at the table or making a reservation. Quite a waste of time for everybody really.

Gluten free food in The Netherlands: I have a dirty secret

I cheat on gluten free food in The Netherlands. There, I said it.

I do not eat bread, pizza, pasta or cakes, anything with a very solid base made of wheat flour. But I eat crumbs because, like I said, I am only intolerant, not allergic. And, when facing some Dutch delicacies, you sometimes have to make a decision : food or your stomach. I choose food.

Croquettes, bitterballen and kaassoufflé simply taste like heaven in my mouth. I cannot resist them.

Someone once told me « If it is Dutch food, then it is fried ». It is true that a lot of Dutch specialties are fried indeed. But that’s what makes them so tasty, don’t you agree ?

Amongst all of the Dutch food I have come accross since I live here, I’m gonna have to be honest and say that some look much nicer than others. I am up for trying a lot of different food, really, but no one will make me eat that raw herring with onions they put on bread and dare to call a delicacy. No way.

Dutch people don’t seem to appreciate enough what is proper Dutch food though. If you ask them, they’ll probably tell you « meat and potatoes ». How exciting.

But the truth is elsewhere. Not in big or very elaborated meals, no. It’s all about what you gonna spread on that bread!

Satay or curry sauce, butter topped with chocolate sprinkles, chicken in cream spread, they seem to be just pleased with very little, and isn’t it nice to see ? That gives them plenty of time to do something else with their lunch break, and I think that’s pretty smart.

Dutch food: So much salty sweets

Now we’re getting down to it : the Dutch are probably the people in the World that cherish liquorice the most! Or like to chew on a liquorice stick at work. Or to drink liquorice tea.

Thankfully for me, I love liquorice. But if you don’t, then I feel sorry for you, because it is almost in everything sweet they can possibly offer to you. Watch out those lollies ! 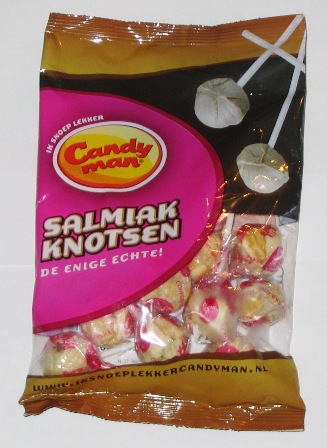 It looks like a normal lollipop, and if you were not in The Netherlands, you could even mistake the colour for a cola flavour. But of course, it is liquorice. Salty liquorice. And I wish I had a camera at the time to photograph the facial expression I must have put on when I realized that (« Has that lollipop gone bad ? »).

When it’s not made with liquorice, there is a 95% chance that it will contain cinnamon instead. Because, what else could they possibly use?

There is something really old fashioned and traditional about those sweets that I like. It reminds me of the sweets my grandparents used to give me when I was a kid.

Of course, I could go on for ages about all the other food and recipes the Dutch have in their  books, or about Indonesian food. But let’s be honest, that’s not what the locals eat everyday. It would be like saying every French person eat frogs legs once a week.

A Dutch woman told me once « We are good at a lot of things, but food is not one of them ».

Well, lady, I have tried your cheese, your kroketten, your kaassoufflés, your sweets and, back in the days, your stroopwafels and your poffertjes. Maybe you were high, but I don’t know what the hell you were talking about. Apart from herrings, probably.

Previous articleOlympics with a Cause: Refugee Olympics Team
Next articleWhat’s with housing in Holland… and Amsterdam?

So you and your partner are new to the Netherlands and are ready to get stuck in and meet the...
Read more