So I guess DutchReview is an adult now… 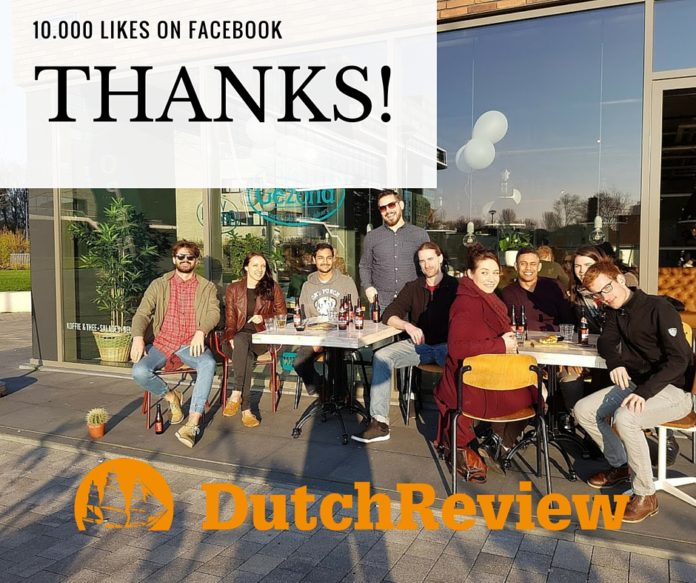 It must have been three and a bit years now that Frank Kool and I got together and set foot uneasily onto the online publishing stage. A name was dreamt up, some topics were perused and some jokes were pulled. Online magazines are often started by a conglomerate of media companies, but sometimes they’re started by two unemployed guys in their late twenties, who just want to learn about all this online writing stuff, whilst at the same time tiring the world with their intrepid attempts at sarcasm and analysing current affairs (we apologise sincerely for all the unfunny jokes of yester-year!).

If you’re reading this and hopelessly thinking, “Damn, if I start some dope blog it will never reach 10K followers”. Well, honestly, you’re probably right. Every (and literally every!) like on Facebook roused a little twinkle in our eyes (cheers Adrian Neary! And all you other old school supporters out there!). Having 500 followers was a big thing, and reaching a 1000 followers was a cause for cheesy celebrations! And now we’re growing faster than ever, and that’s a good thing, because all our authors out there work damn hard to deliver quality content on the Netherlands to you which deserves to be read (and sometimes slayed in the comments, hey – it’s the internet – what do you expect?).

Besides all our valued readers, there has been another big factor which has carried us up to this digital milestone; it’s the constant influx of writers looking to get their word out there on all things Dutch. A total of 84 people have at some point written something for DutchReview. Some only once, others have published over thirty times! Sometimes people have debuted with instant hit articles now-turned-classics (check em out – these are always fun to read)

If you want to write kick-ass articles, reach thousands of readers and drink in the sun, visit the ‘write for us page’ and find out how to jump aboard the DutchReview ship!

So what happens now?

We’re of course going to work extra hard and pull in those next 10K likes. We will continue to bring you a broad spectrum of ‘Dutchness’; from guides on how to identify tourists in the Netherlands to articles on how TTIP will affect the Dutch economy. We will continue to bring you informative and thoughtful analyses of this world and insensitive jokes on dating Dutch people. What else do you want? More news and opinion? Do you want to buy Dutch products at DutchReview? And will that be cheese or design-furniture? Are you hoping for a forum to be opened here? Let us know! We truly wanna hear 🙂

The Dutch government is introducing a mandatory quarantine for people travelling to the Netherlands from high-risk countries.  The measure is expected...
Read more