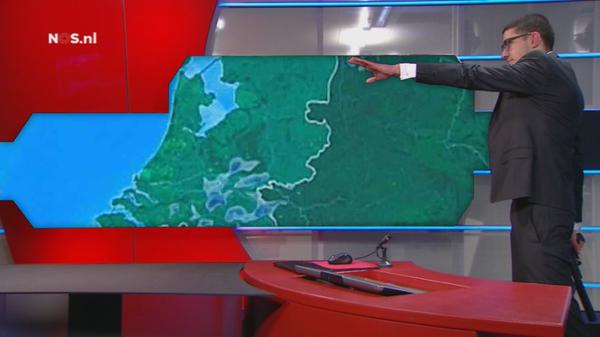 Hijackings at gun-point ain’t what they used to. In the old days, armed men of either German or Arabic origin (I’ll admit, my knowledge of 20th century terrorism comes mostly from awesome Bruce Willis movies…) would hijack office buildings, airplanes, or office buildings inside airplanes and have dramatic hostage negotiations over the intercom while the plane was quickly running out of fuel only to saved in the last minute by Steven Seagal’s ponytail. Or something like that.

Not in The Netherlands, no sir! We’re like the Canada of domestic terrorism. Today, an armed teenager made his way into the NOS headquarters, home to the national eight o’clock news. Carrying a silenced pistol, he had little need for security passes and quickly found himself in front of the camera, demanding several minutes of air-time. Damn, I guess attention really is the new commodity.

What followed is the most awkward and surreal hostage threat I’ve ever laid my eyes on. The man forgets Rule #1 of a hostile take-over: when you have the gun, you make the rules. Simple as that. What we saw instead was like some hipster art-house director wanted to make a existentialistic representation of terror: the gun has given the man power over life and death but he doesn’t have the slightest idea what to do with it. It was like reverse Stockholm Syndrom. Damn kid just wants to get on TV and have his little speech. Wait, I just thought of a killer headline for that movie: Live and Death. BOOYAH!!!!

Dutch Word of the Day: Plaatsvervangende schaamte (tr.: ‘Substitute shame’, or ‘Shame by proxy’). Experiencing profound and genuine shame merely by seeing another person commit him/herself to an embarrassing act.

No seriously, watch the whole thing. It doesn’t even matter if you can understand Dutch or not; in fact, then you can even better recognize the docile and submissive tone of his voice, his awkward marching back and forth, his complete lack of control over the situation. I’ve seen more terror when Bill O’Reilley famously freaked out just before going live:

So unsurprising to anyone except maybe the gunman himself: he was arrested before he could release what was undoubtedly a world-changing speech which would forever put him next to the likes of Martin Luther King (“I have a dream!”), JFK (“Ich bin ein Berliner!”), Winston Churchill (“We will never surrender!”) and Bill Clinton (“I did not have a sexual relationship with that woman!”).

Still, he’ll have his fifteen seconds of Internet fame as a meme. Especially seeing that it took the Internet less than a cigarette worth of time to find out his identity. Good job, Tariq Zahzah. 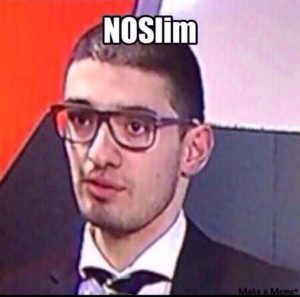 And now for the weather report:

Previous articleProtected: Surfing In The Netherlands: community, conditions and why Scheveningen is THE spot
Next articleThe beautiful street market of Leiden