Housing in Holland – Preparing the Nest

Living in the NetherlandsHousingRenting
April 13, 2016 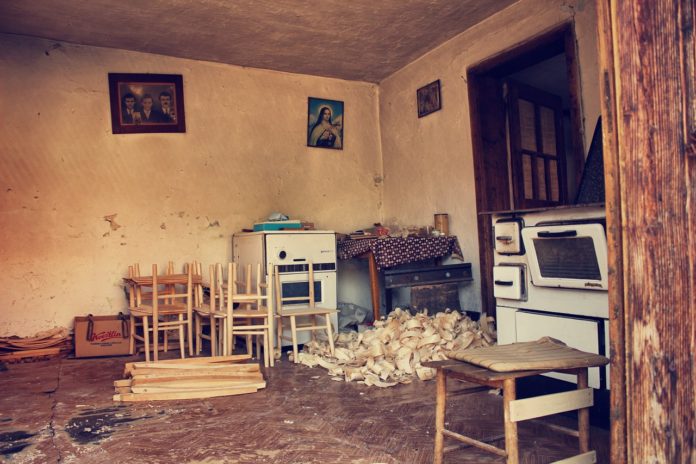 The Challenges of housing in Holland

There are a certain amount of challenges to overcome before you actually move in to the house you want (or whatever you found that was closest to what you wanted).

– Living with parents in law till the right opportunity
– Finding a place where you want to live, or close enough to where you ACTUALLY want.
– The trickyness with huur.
– Carrying furniture up those scary ass Dutch stairs. (You might die!)

The amount of information you have to give up to a rental/housing company for them to help you find a place is a bit disturbing. I know it’s to safeguard themselves and the owners of the houses they rent out or sell, as they obviously want respectable tenants that can pay the rent on time, but I was surprised about not getting asked for my medical history and some samples of my DNA, to be honest.

I have quite the imagination, but there are certain areas where my imagination is limited however, and I am loathe to admit that this seems to be a trend for my gender. I can’t, for the love of all that is holy, imagine how certain curtains will look in the bedroom, how some massive vases (if that’s what they were) would look next to the TV or why that particular bookshelf won’t fit in with the rest of the décor in the livingroom.

Now I’ve had to imagine all of our stuff (most of which I’ve forgotten all about after it’s been in boxes for over 8 months) in a house where there is freaking concrete EVERYWHERE.

Here’s an interesting fact about renting/buying houses in the Netherlands: Most of them come kaal. Kaal can be translated to bare, naked or barren (and, amusingly, also shabby). Basically means that floors and walls are stripped, but you can also miss out on things like stair treads.

One room can typically have concrete floors, two concrete walls, concrete ceiling and then some walls that I still suspect are made out of compressed cardboard, no matter how many times I’ve been told otherwise. Most walls have little bits of the old wallpaper on them. If you’re lucky there’s an okay kitchen solution up and you don’t have to do too much with the bathroom.

So I walk into such a house. I can hear my girl getting excited about the room solution and the space and whatnot behind me, but I can’t keep myself from wondering: Did this use to be a drug-den? Am I gonna enjoy homecooked meals from where a meth-lab used to be?

Second thing I think of is “damnit, why did I not educate myself to be something useful, like a plumber, carpenter or an electrician?”. This is going to take forever for an unhandy guy like myself.

I can’t, I just can’t, understand why removing all floors is the standard?

This baffles all Norwegians when I tell them.  Maybe it would make a little more sense if we were buying, but we’re renting! Every single place we’ve visited has the floors removed and wallpaper stripped off. Why? Even if we just wanted to rent a place for half a year we would, extremely likely, still need to scrub, scrape, paint, wallpaper, fill holes and lay floors.

We want to leave after half a year? Better make sure all the concrete is showing and that we take our filthy, perfectly laid € 21 per square meter laminat floors with us as a courtesy to the next young couple so they can enjoy laying floors too!

Is this stupid «tradition» kept from changing by companies like Karwei, Kwantum, Gamma and Leen Bakker?

Leen Bakker, btw, is a very misguiding name, and it took me several trips before I understood that I would pull my card for lamp screens and cushions rather than pastry. Leen Bakker, more like Geen Bakker! *bah-dum-psh*

In these stores there are typically pictures of really attractive young people enjoying what must be the total rehaul of their own houses. It all looks very easy and slightly sensual, and if this young, blonde model in the hazmat suit can smile as she operates the concrete-drill then it should be a breeze for a strong guy like yourself. Yes, yes, makes me forget about my unhandyness till we get back home and start unpacking the car and it starts sinking in.

And just to top this off and put it a good meter over the edge, watch this:

Don’t you feel like you should be handling powertools right now rather than your mouse/remote or iPad? Be a man!

I don’t feel that it’s very sociably acceptable for a man to not be a klusser in Holland. The Dutch have loads of the improve-your-home-and-garden programs on TV, lots of magazines about it and indeed love to talk about it. Talks can last hours in a social gathering about how a room was refurnished, new brickwork was applied to the garden or how enjoyable it is to build your own vijver.

In fact, I think ending up on the show “Help, mijn man is klusser” is the ultimate shame for a Dutch man.
The way TV-programmes get whored around in the western world I would imagine most readers, no matter where they live/come from, know of this concept, or something rather similar.

It basically goes something like this:
A guy decides that he wants to buy a house to renovate and make a dreamhouse out of it. The guy is of course a total klutz, rips off floors, exposes sewage and electrical cabels and starts at least seven different projects in the house and finishes none by the time the wife calls the television network.
Then everybody is crying about it on TV while some angry “master klusser” orders around a team of actual carpenters, plumbers, electricians etc. and shit actually gets done.

That guy will never get back his manhood.

The unhandy man on the quest for a Dutch roof over his head should size up the challenge at the get-go, so being present at house-viewings is a must. He can view a helemaal kaal (totally bare) location as a beast best left unchallenged and calmly point to other factors that makes the house less-than-ideal, not the obvious workload and power-tool-handling it will require.
He can also view said situation as an opportunity to gain worth-while skills and demonstrate to his partner in crime that he can grow, adapt and not lose more than two fingers before the house is “finished”.

And if he’s managed to make Dutch friends so far the odds are in his favour for most of them being klusser (and eager to prove it). The unhandy man should be open-handed with after-work beer, pizza and compliments.

If he’s lucky, his significant other is slightly more practical and will not mind him claiming dominion over everything klusser done in the house, for the sake of his integration and male ego of course.
(Go Screwdriver Girl!)

Previous articleStartup Fest Europe: Boosting the Startup Economy
Next articleSummerjazz Festival Leiden: bring on the best of jazz in Leiden

The Dutch integration exam: feared, made fun of, and heavily debated. However, the time might come when you have to...