How to get a Bicycle in the Netherlands and cycle around like a Dutchie! 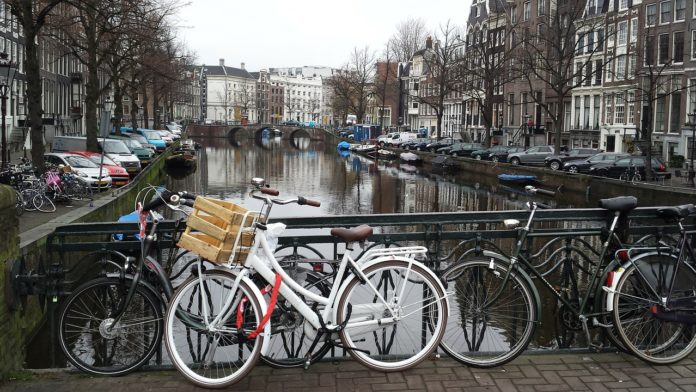 Here you finally are, either an international student – some IT-expat or a regular tourist: it doesn’t matter that much. You saw the movies, laughed at the memes and now you want in – you want to ride that ‘omafiets’ through those Dutch streets like a proper Dutchman. But how to get a bicycle in the Netherlands?

Renting a bike for a day is a bit expensive when you need one for half a year and when you’re some Italian student in Amsterdam you want a cheap bigi pronto as well. So let me show you 4 ways (of the Dutch!) on how to obtain a bicycle in these low lands.

4. Renting a bicycle in the Netherlands

It’s about time that these old ways of getting a bicycle in the Netherlands are supplemented by something better.

Renting a bicycle with Bimbim Bikes is a very easy way getting your hands on a bike in the Netherlands! Here are the steps:

If you happen to change your mind and decide that you’re in no mood to ride a bicycle around Holland, Bimbim Bikes gives you free cancellation up to 24 hours before pick-up.  So you don’t need to worry about wasting your money, just because Dutch weather decided to be…well, Dutch.

What makes Bimbim Bikes even more amazing, is that they are a platform that cooperates with more than 1650 bike rental partners all over the world. So if you enjoy cycling and staying healthy while visiting other countries, then renting a bicycle in the Netherlands with Bimbim Bikes is the perfect option for you!

Taking the train today? Not if you’re in these Dutch regions

Ah, the age-old tale! Due to a regional strike by public transport staff, some trains in the east and the...