Our drugs policies are designed by fucktards. It is beyond me why they chose to do what they do.

After a slight but powerful shift towards the regulation of Mary Jane and the slow reveal of the questionable effect and ethics of the war on drugs one would think Holland would be ready to push it’s progressive image and agenda further. Hell, even newscasters are quitting their job over this.

But nothing is further from the truth. It’s the ultimate irony: A Dutch government run by the liberal party(VVD) is slowly but surely putting marijuana back in the closet and locking the door. Put that in your pipe and smoke it!

So here are a few updates to bring you up to speed on some of the recent ridonculous developments.

We’ve already had waves of incoherent policies thrown at the coffeeshops this past decade. Icing on the cake was the city municipalities meaningless rule to protect the children from the evils of drugs. In the bigger cities city hall agreed upon a distance coffeeshops had to be removed from schools. Some cities (Amsterdam, Rotterdam) decided upon 250 meters, others (Utrecht) went for 500 meters. I get it. It’s true that smoking a lot of pot damages the developing brain. But there were two low blows hidden in these policies.

The kick in the nuts was that for a long time it wasn’t made clear if this distance was walking distance or topographical radius which I can assure you makes all the difference in most cities. Many coffeeshop entrepreneurs were kept in the dark about their possible closure. It wasn’t just the distance itself, but it was also a quit difficult assessment to make what constitutes a school: many of them having remote locations across town and all.

The punch in a the boobs of it all: Coffeeshops aren’t even allowed to sell marijuana to people under the age of 18. Coffeeshop employees always ask for an ID (when in doubt). This is a frequently tested policy and no coffeeshop dares to break the rules since that would instantly result in large fines and possible closure of the shop. But of course it’s really pragmatic. We all know children are exhausted after a 250 meter hike and will long for the safety of their wifi protected schools.

A lot of coffeeshops had to close down already and  city hall can easily decide to change the number if they want to get rid of a few more. You would almost think the government needs an excuse to close down coffeeshops!

2. Driving miss Daisy under the influence.

But no, you silly goose, don’t you think that that’s where the misunderstanding ends. Now our government wants to punish those who combine alcohol with drugs, the worst of all offences; usually belonging to druggies and junkies. I applaud the effort!

But instead of making an educated decision, which means reading actual research on the effects of THC and weed, they now have decided that combining these(alcohol and weed) is the worst crime of all. You will receive a fine up to 8100 euro’s or 3 months in jail.

Why? Because smoking two puffs from a joint and having a glass of wine is much worse than being drunk enough to forget what side of the road you have to drive on.

We’ve had a grand scheme for drugs ever since the start of the 20th century. The origins of drug prohibitions are a fascinating and riddling read.

Holland broke away from the model by creating a model of soft drugs versus hard drugs back in the 70’s. Marijuana was put in the soft drugs category while hard drugs was a one-size-fits-all category for everything else.

Now weed is becoming so incredibly potent in it’s THC levels that everything over the arbitrary boundary of 15% is deemed to be dangerous. Everything over 15% will thus be put in the same category as heroin and crystal meth. It would be such a hilarious pun if it weren’t tragically true.

While I wouldn’t disagree about the existence of more potent marijuana strains, I would love for our government to acknowledge the difference between crystal meth and weed.

Just like no. 1, this policy is obviously created for solely pragmatic purposes. But just to play devils advocate a couple of questions. You know, for the fun of it.

I guess we will never get answers as long as Opstelten, minister of safety and justice, is top dog and fighting the senate to continue his ridiculous drug crusade.

But the powers that be really reveal their bigotry and prejudice when it comes to battling growing supplies. In an earlier post I already elaborated on how growing weed is still illegal in Holland, however now this no longer suffices.

It’s not enough to make this impossible maze of rules and regulations to discourage the spread of this evil plant from the depths of hell!!! Now they are starting to target growshops.

Even selling equipment to grow plants will now become illegal. Because you’re not only a criminal for growing plants but also for selling the materials to do so.

So I guess it’s probably a matter of time before Intratuin has to close their doors because they have become the gateway for the criminal bunch who want to ‘grow plants’.

And once again, this is not a joke, it’s just an awful waste of tax money.

But it would probably be too naïve to say they thwart the smoking world out of pure morality. Usually it all boils down to money. Enter: Pharmaceutical industry. 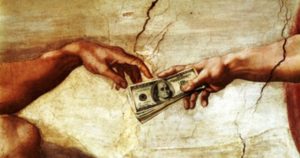 The pharmaceutical industry already has plenty of proof about the advantages and positive medical effect weed can have for people with cancer, HIV and other severe illnesses.

‘But jeez, there’s no demand if people can buy it everywhere and grow it themselves. Those growers and shops are ruining our painkiller prevention market. What to do? How could we ensure an open market with enough demand?’

‘ I’ve got it. Let’s make it impossible to produce, sell or use Marijuana. In short term we’ll pay scientists to keep publishing research to try and proof how damaging and addictive weed is.  when we will have done enough long term testing and trials we can introduce a ‘legal’ and ‘safe’ variety of marijuana. Then we could ask our lobbyist to have a nice dinner with what’s his name again.. Opstelten.. and convince him to introduce a law allowing our ‘safe’ and ‘trustworthy’ medicine and prohibit our competition once and for all.’

This is pure and utter fiction, because we all know the pharmaceutical industry never tries to bribe anyone.

Previous articleKurdish protestors occupy the Dutch parliament to call for action against ISIS
Next articleHurray for Military Action in the Middle-East?