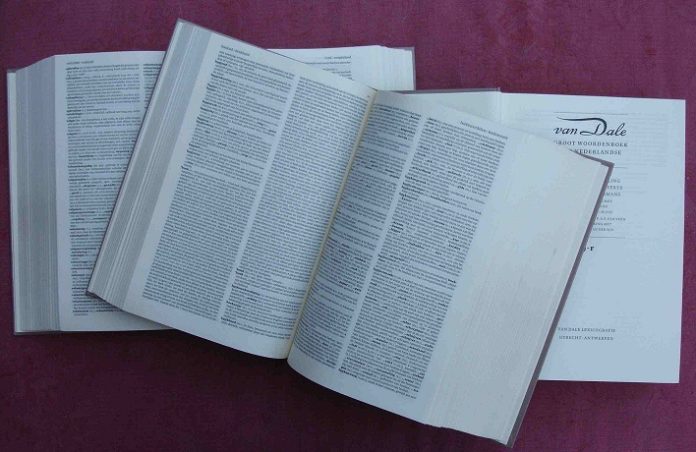 Trust me, I know the pain. When I first started learning the Dutch language way back in the day, I was told I was pronouncing words too harshly, or too softly, and not putting enough emphasis on my ‘Schie,’ which to my monkey mind didn’t seem like it should have ever been a phonetic.

This doesn’t even cover the constant grammatical errors I faced when I was told to look at the softketchup or ‘t kofschip, which I only ever saw as a condiment for chips and a Yorkshire man coughing.

But perhaps I didn’t have enough trust in myself. After all, I did eventually learn the language. However, thinking that this isn’t a big deal is the wrong way about it. In 2005 the Taalunie, the official body which decides the rules and spelling of the Dutch language faced massive public backlash after changing the grammar rules on compound words. As such they’ve decided to make it easier on us this time. As of October 13th 2015, they’ll be adding only 80,000 words.

This is not such a new phenomenon. Words get added to languages all the time, in much larger frequency than in Dutch. Though, in this case, it is less about difficulty of the words being added, or even about the number of words being added. This is more about the context of the language itself. Is this really necessary? For words such as appen to be legitimized when we already have texten and chatten? Isn’t this just redundancy?

This scenario brings to mind the addition to the Merriam-Webster dictionary of “Mcjob” describing a low-paying, low-skill job with little to no chance to advance further up the corporate ladder. Naturally, McDonald’s disputed the term, as it reflects somewhat poorly on the company itself. Merriam-Webster simply stated that it was accurate, and stood resolute.

So, maybe it’s not about just adding words that are a la mode, and not even about being descriptive as a language. Instead, maybe what they are trying to accomplish is making the language reflect the current generation and how they use it. After all, the Taalunie did state they would be adding words which were used mostly on social media and the Internet. If that’s the case, I’ll just go appen my selfie in hope of some sukkelseks.