The Nuclear Security Summit: Low Lands on Lock Down 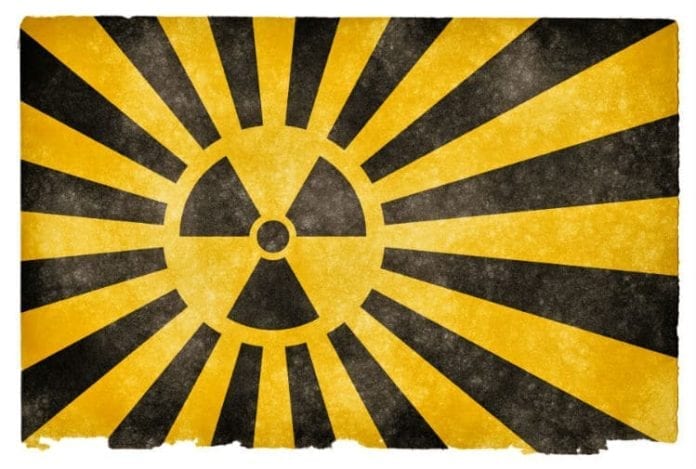 For those unaware, the larger The Hague area will be pretty much closed down on March 24th and 25th. The third Nuclear Security Summit will be held in the World Forum. After Washington D.C. and Seoul it is The Hague’s task to organize the conference which mission it is to prevent nuclear terrorism around the world. The Randstad will largely be inaccessible to foster the mission and there is a sentiment among Dutch people that the conference better be worth it. On first sight, the summit actually fails to do this. No actual binding recommendation or concrete measure to prevent global nuclear terrorism will be conceived at the summit. However, the summit might actually contribute to a nuclear terrorism free world if the summit will include constructive talks about reducing the amount of dangerous nuclear material in the world and setting up some guidelines and procedures to do so. An extra bonus for the Netherlands is the increased international media attention.

What is this Nuclear Security Summit about?

The Nuclear Security Summit (NSS) started out as an initiative of President Obama to actively prevent and reduce nuclear terrorism, which aligns with the greater American foreign policy of minimizing terrorist threats. Even though 189 countries have ratified the Treaty on the Non-Proliferation of Nuclear Weapons stating they agree to either never acquire nuclear weapons or agree to share the benefits of peaceful nuclear technology and to pursue nuclear disarmament aimed at the ultimate elimination of their nuclear arsenal, radioactive material, such as enriched uranium and plutonium is still actively used and traded for medical, scientific, or power generating reasons. The transportation and storage of these materials follow strict procedures and guideline. Nonetheless, the International Atomic Energy Agency reported more than 2000 cases between 1993 and 2012 in which nuclear material was illicitly traded. Most of the time these incidents involve lost material in storage or transportation of radioactive scrap metal. However, some cases are due to criminal activity (anyone remember this case in Mexico?). It is not unlikely that terrorist organizations will use the nuclear material with ill intentions. These threats to global security are definitely real. The NSS in The Hague will actively try to minimize these threats.

Looking around on the NSS website it gives a different perspective of the seriousness what the NSS tries to accomplish. A lot of the questions in the website’s FAQ can be seen as trivial, asking the important questions if Michelle Obama will be present at the summit and what the effects of the conference will be on cyclist. This in combination with the notion that the focal point of the Dutch media is the traffic disruption the summit will cause and the total cost of organizing it, makes it appear that the Nuclear Security Summit is not important at all. Add to this that it is pretty much determined that no binding measurements will result from the summit and you can only wonder why it really necessary to close down The Hague and fly 58 world leaders into the Netherlands. Here’s a clinical movie telling the world we’re ready for it:

First of all, there must be the realization that the NSS in The Hague is part of a lager framework in which the summits combined will culminate in a concrete plan that will (hopefully) fulfill its mission of to prevent nuclear terrorism around the world. The discussions and talks that will occur can actually lead to concrete measurements in the long run. Just because nothing concrete will be put on paper now does not mean it will in the future as a result of what has been discussed earlier. It is too soon to already see the summit as a failure or unnecessary, because no direct result will be concluded from it.

Secondly, the summit gives a great opportunity to host discussions from different perspectives, which is especially necessary in times like these. Even in the midst of an almost Cold War like crisis, most nuclear weapon states or nuclear proliferation states, with the exceptions of North Korea and Iran, will attend the summit. This not only allows for thorough discussion between these countries, it also enhances a greater understanding of the challenges to prevent nuclear terrorism among these countries. The summit is a unique opportunity for these countries to have direct conversations with each other.

The Hague on Lock Down: Worth it?

The greater framework the NSS is part of and the presence of the major nuclear-power countries can lead to fruitful discussions that can eventually lead to concrete measurements. However, it is not unlikely that these talks will end in a deadlock. This can certainly be true with the increased diplomatic tensions between some of the participating countries. There will be room for disagreement, either on or off topic, in the summit, but not to the extent that nothing will be accomplished. If the €24 million to organize the summit and the inaccessibility of The Hague will be worth it, remains to be seen.

Regardless if the summit will be a success or not, the conference will certainly increase the international media attention to The Hague and on a broader scale to the Netherlands. After a lull of two weeks of no media importance relating to the Netherlands (EIGHT GOLDEN MEDALS!!!), it certainly cannot hurt to have over 3000 journalists visit the country.