Panorama Mesdag: A look at the biggest painting of the Netherlands 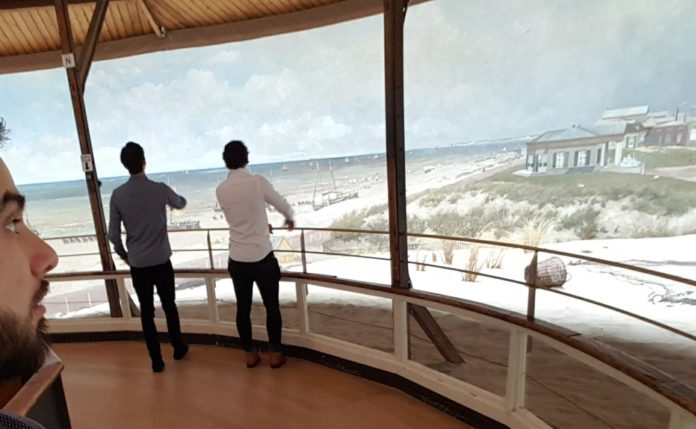 You all probably know the Nightwatch, and that’s a pretty big painting alright. But somewhat hidden in The Hague is a painting so big that they built a whole museum for it. Let’s have a good look at the Panorama Mesdag, the biggest panoramic painting of Europe.

Let’s get straight to the point! The Panorama Mesdag is a huge panoramic painting of 19th century Scheveningen. It measures over 14 meters in height and circles around you for more than 120 meters. This grand 360 degrees experience takes you back to a Scheveningen of the past, an easygoing, 19th century fishermen’s town – that had not  yet grown into The Hague. Standing in the middle of the painting makes you feel like you are viewing the Netherlands of a bygone era from a watchtower. As so often when writing about art, pics are better than words:

You can spend a good hour getting lost in the painting and the added physical scenery of sand and beach memorabilia really add to the immersive factor. It got even better when we were allowed to have a looksie at what’s going on ‘backstage’.

From behind the scenes you are able to really appreciate the size of the gigantic work of art; the sheer number of details are just amazing. The optics are sometimes illusive and dynamic, the light coming through the glass dome overhead also changes the mood of the painting with all the different colors coming toward you.

You can also see more of how it was put together, giant canvasses are seamlessly stitched together – kind of a small miracle that it hasn’t ripped in all these years. Apparently, Mesdag just stood in the middle of the circle with a painted glass dome above his head. That dome had the outlay for the panorama on it and it is that, which helped him envision where everything should go.

This piece of art was completed by Mesdag, his wife and fellow artists in 1881 and it’s literally so big that they built an entire museum to accommodate it.  Mesdag was and is an iconic artist for The Hague, like Vermeer for Delft and Rembrandt for Amsterdam. He wasn’t the stereotypical starving artist of the 19th century, but quite an influential man who wielded a lot power in the art world of The Hague in the 19th century. His wife Sientje also helped him out during his career, painting alongside him with the panorama.

Back in those days the cylindrical paintings were hugely popular and Mesdag was actually contracted by a Belgian company to paint the panorama. With the help of fellow artists, Sientje and some photographs (! – we’re talking 1880 here) Mesdag went to work and completed it in just 4 months (!!). Besides some serious art-skills Mesdag was also business savvy and after the Belgian company went belly up, he acquired the painting rights in 1881. Nicely played and painted sir!

What else is there to see at the Panorama Mesdag?

More work by Mesdag of course! Some of the nicest sea scenery paintings of the Netherlands are on display in other rooms of the Panorama Mesdag. Well worth the visit! 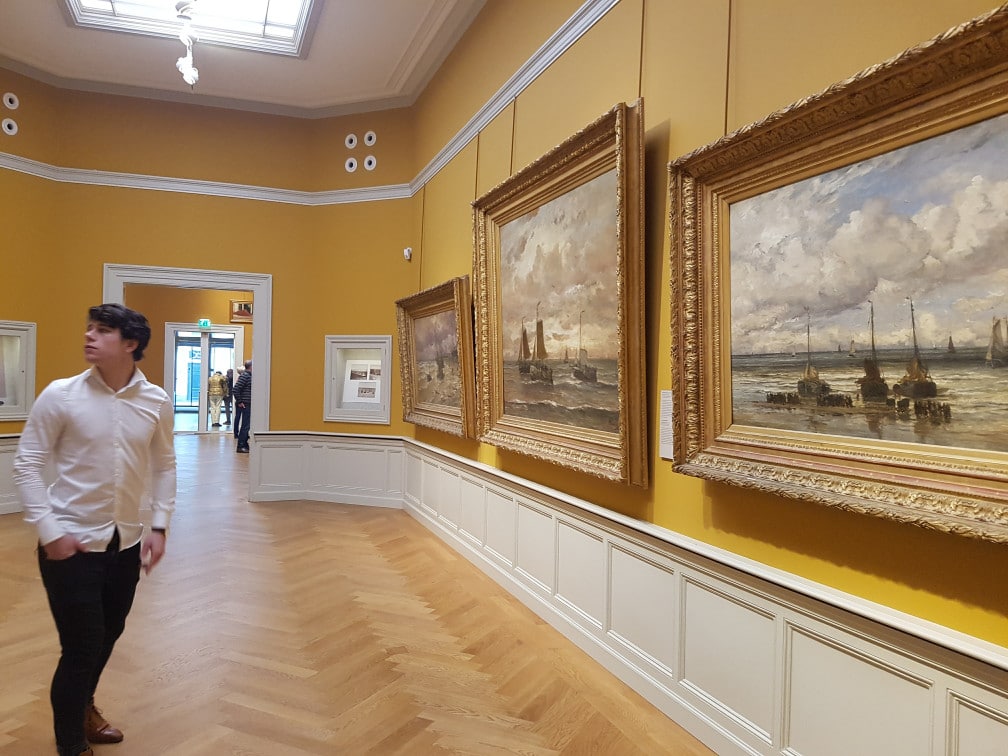 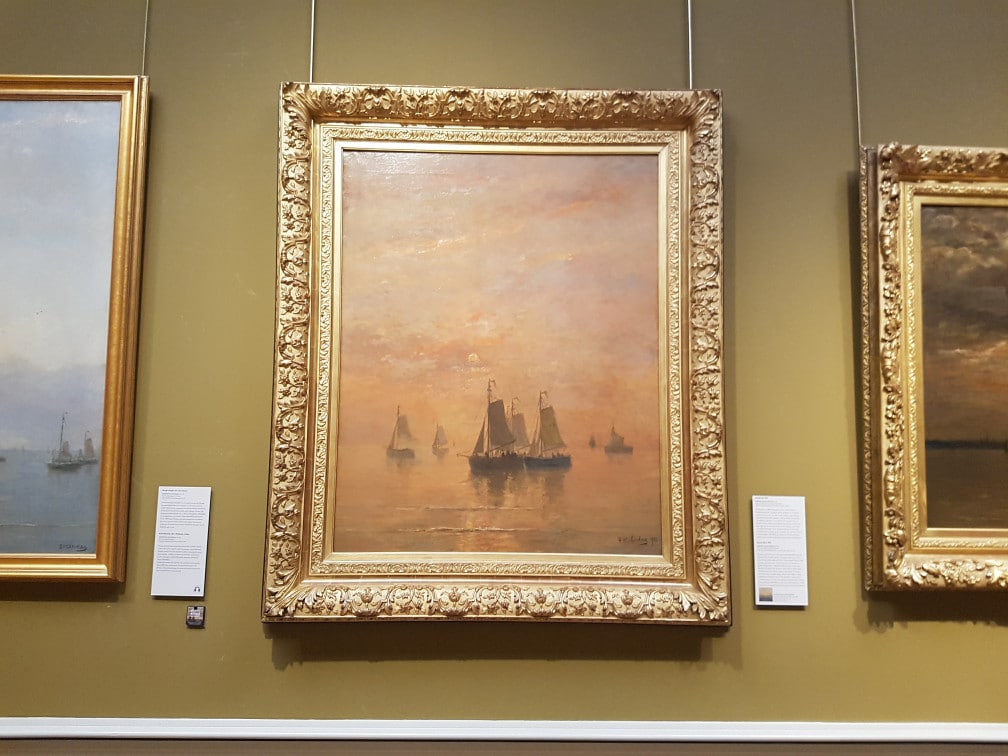 Highly recommend getting an audio guide for just a euro as you’ll see way more detail and narrative, than if you were to just look at it, and no worries they’ve got all the expected languages on the audiocast.

The museum also has at least two temporary expositions per year, quite often these are in the field of modern art. When we visited there was the…

Until the 30th of April 2017 the Panorama Mesdag has the Kidd & The City exposition going on. In someway Jeremy Kidd’s photographical art is the counterpart of Mesdag’s panoramic work. Kidd’s work has complex photos joined together, mixing up buzzing day- and night scenes with light-effects and such.

For this occasion, Kidd, shot/built/constructed a vista of Scheveningen of today from the same viewpoint as Mesdag’s Panorama. It’s 14 meters wide and 3 meters high, and sure a lot has changed since then!

How to get to the Panorama Mesdag

It’s somewhat out of the center of The Hague, but luckily the walk to it has you venturing through a few of the The Hague’s nicest streets and you can pass by the Royal ‘Noordeinde’ Palace. It’s also really close to the Peace Palace, so if you’re looking to combine it with some other sightseeing opportunities that’s one option to go for. More info on getting there and tickets and all that is to be found here.

Already seen the Mesdag Panorama? What did you think of it? Feel free to share!