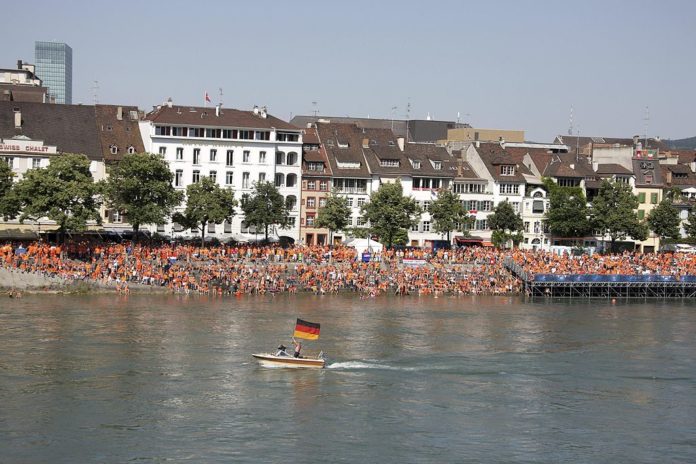 To native speakers of English, who can more or less make themselves understood in any corner of the globe without making any effort, the learning of another language is still an arcane and baffling feat for many. Why, for example, would you ever imagine a table to have a gender? Why would you ever need more than one word for ‘the’? Why can the French and German languages not agree on what gender the table should be?

Dutch is *supposedly* the easiest language to pick up if you are an English native speaker. It is the English language’s closest living relative (apart from Frisian). And sure enough, when you embark on learning Dutch you will encounter numerous words that can be intuitively guessed. Cat is kat, glass is glas, and job interview is sollicitatiegesprek. (It doesn’t work in all cases.)

However, in another sense, Dutch is also one of the hardest languages to pick up if you are an English native speaker. This is because most Dutch people speak fluent English. As such, most of them won’t want to hear your halting account in het Nederlands of all the things that you keep in your pencil case. Hence, forcing them to converse with you in Dutch for longer than five minutes can be a challenge.

And yet, despair not! There is hope for the experienced linguist out there. If learning one language opens the door to another, then knowing both English and German will put you at a distinct advantage when it comes to learning Dutch.

This is because Dutch lies somewhere in between these two languages. It can sometimes feel like a ‘crossover’ or ‘bridging’ language. If you are more or less fluent in German and know the following handy rules, then 9 times out of 10 you will be able to guess how to say something even if you don’t know for sure.

So there you go.

Next Step: Find a Course

You will of course want to put these rules into practice. Luckily there are numerous Dutch courses available in the Netherlands. In Amsterdam the Gemeente offers free Dutch courses at various levels . Way more fun are the courses offered by Flowently, where someone goes out into the great wide Dutch world with you and teaches you the language on the go.

Liking this article? Be sure to follow DutchReview on Facebook or check out this hit article on “How to speak Dutch in seven words”

When learning Dutch pays off (did it?)

Time went by, and my Dutch improved. I don’t mean to boast, but before long I began to think of myself as ‘top of the class’. My sneaky command of German was giving me a head start in all the grammar topics. But as we know, pride always comes before a fall.

My Waterloo moment came when we had to do presentations. Each week, somebody in the class would stand up and recount an ‘amusing’ story from the week’s news. When it came to my turn, I did a light-hearted piece about the reintroduction of beavers to the Scottish Highlands. (Title: De bevers komen terug naar Schotland.)
I did my speech. I followed my notes. I took care with my pronunciation. I even drew a beaver on the whiteboard for those classmates who didn’t know what ‘een bever’ was. Satisfied with my performance, I sat down and awaited the verdict from the teacher.

The verdict came.
‘Well, Ross,’ she said. ‘That was very good. However, that wasn’t really Dutch, was it. That was German with a Dutch accent.’
And so be warned, Dutch-learners: German is not always your friend. Sooner or later your German chickens will come home to roost, just as surely as your Dutch beavers will be coming back to Scotland.

PS. Christmas gift tip for those that want to lear Dutch (and not some weird German-Dutch). Go to Flowently! They happily go out there with you into Dutch society and learn you proper Dutch while doing it!

In the wake of Amsterdam announcing its plan to ban smoking in the city centre and cull rowdy stag parties,...