Should not registering for Organ Donation automatically make you a donor? 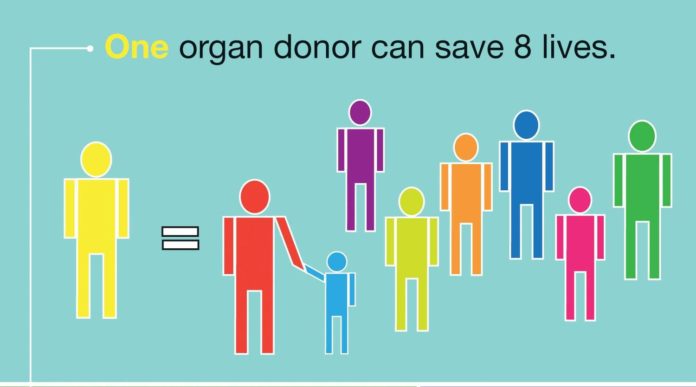 A new proposal for the Netherlands suggests that  not registering as an organ donor will make you one anyway. Firstly let me get my views on organ donation out of the way before we continue. I am an Organ Donor in the UK, I give blood and do my bit for society. I think that we owe it to ourselves and to others to ‘give back’ in any way that we can be that volunteering or donation. I don’t normally talk about my views on blood or organ donation as I feel that it is a personal choice and that nobody should be judged on it. Ultimately I believe that it should first and foremost be a choice. Now my personal feelings are out of the way lets consider this new proposal.

The Background of Organ Donation 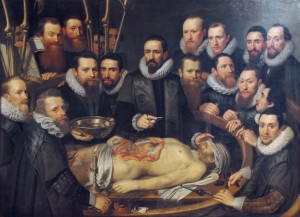 The present system of organ donation in the Netherlands is the same as the UK. If you have signed the register upon your death your organs can be harvested (I really don’t think that is the right word to use, it sounds very ‘horror film’-esque). The use of your organs will then be upon consultation of you family, regardless to your views when alive, when dead the choice is taken from you and given to your family. Organ Harvesting or whichever phrase is more palatable to say isn’t a new concept. Doctors have been examining our insides forever, the guy that invented the knife opened up a whole host of possibilities. Organ Donation is are much more common and successfully carried out nowadays because we have learnt how to remove organs and maintain their viability.

I would like to think that today if you carry a donor card you would have had some form of conversation about it with you loved ones. Your family have to make that decision at the time, not you and not your little organ donation card that you carry around with you in your purse. The spin from the D66 is that you ‘burden’ your family with the decision and the new proposals will remove that unwanted pressure. Nothing like a good spin doctor tugging on the old donor heartstrings! I am pro-choice in everything. I do think it is a choice to make and a choice that you can and should only ever make yourself.

The new system, as explained here, is sort of an ‘op-out’ only system. Similar to the Work Place Pensions here in the UK everyone is in unless you specifically request to opt-out. Therefore only giving you the opt-out choice.

The proposal is that everyone over the age of 18 will receive a letter about organ donation asking them to sign up. Should they not sign it in refusal or ignore the letter, they will be added to the register regardless…. Here is my argument, isn’t that in itself taking the choice away from people? In my opinion asking someone to sign up but then doing it for them unless they opt-out is taking the choice away from someone. It’s a great way of getting more people signed up but I don’t think this is the best way to do it.

Do I think organ donation is a good thing? Yes. BUT I think that organ donation should ultimately be a choice. Perhaps the Democraten 66 would be better off initiating better education and information into Organ Donation, funding adverts on TV, talking to young people about it and community information drives etc. After the huge criticism following Dutch TV show De Grote Donorshow in 2007 it is clear that the Dutch are trying to raise the profile of organ donation but perhaps they aren’t quite getting it right by making a reality tv show about it (just because they masterminded The Voice, doesn’t make them reality TV experts!)

If you educate people correctly they will ultimately make their own well informed, none forced decision. Have the D66 even given any thought into religious beliefs? They promise that you can op-out at any time but is that good enough? Why should non-believers in organ donation have to go to the trouble of opting-out when they didn’t opt-in?

The Statistics on Organ Donation

2.3% of Dutch people are registered organ donors. This generally means that the decision is up to the relatives in over 97% of cases and in a moment of grief, (bare in mind there is a short window of time between death and the viability of organ transplantation), can your family really make an informed choice?

The D66 want people to make their own decisions. I totally understand that and support it however I think the only way you can have people making such serious decisions and give people an actual choice rather than assuming. I think better education and a more circulated information is the key to this.

In the UK, Blood.co.uk spends a fortune on Internet campaigning, TV adverts and literature. They have a growing following on facebook and twitter and this has been reflected in the number of people donating. They even text appointments or little reminders like the last one I got telling me that in my area blood stocks of my blood group are low. This is working for them and I don’t see why it wouldn’t work for organ donation in The Netherlands.

In one year over

Bringing the total of Donors to:

Compare that with the 380.000 blood donors in the Netherlands this is a mere 2.3% of the Dutch population you can see the issue the D66 are trying to raise. 2.3% of the population cannot offer enough organs to help the growing number of people in need.

I am a huge supporter of organ donation but the fact that I think needs to be addressed is the concept of choice. The D66 want people to make the right choice but in my opinion this new system doesn’t do that. You should have a choice to donate your organs and not be signed up for something you may not know or fully understand. An opt-out only system in my view is taking the choice away not giving it.

Everyone knows the harmful effects that bullying can have on a person — especially on children. That's why Children's Ombudswoman,...